Whatever is going on with Dissidia Final Fantasy NT’s DLC, it’s fair to say the latest pricing is horse armor levels of bad.

It’s fair to say that Dissidia Final Fantasy NT has had a rough time of it since its initial home console release in January 2018. Originally designed for arcades, the three-on-three battle format and multiplayer focus of the title seemed to miss much of the point of what had made the previous Dissidia titles on PSP successful; RPG elements and a deep story full of interaction between Final Fantasy’s greatest heroes and villains. NT was packed with good ideas, but the package never quite felt like enough on console.

Last month Square Enix made an effort to breathe life into NT by offering a free-to-play downloadable variant for PS4 and PC. This is a decent concept, as it’d let people try out Dissidia’s unique and polarizing combat and decide if they liked it. If they did, they could upgrade to the full game or buy content piecemeal. It’s a good idea on paper, but once again the execution was severely lacking.

Square Enix is pushing on with the game for now, however, adding new characters and content regularly at a pace matching the updates to the much more successful Japanese arcade release. The price of the first major content drop since the free-to-play version of the game released is something to behold, however: $20/£16 for two costumes and some other paltry bonuses. 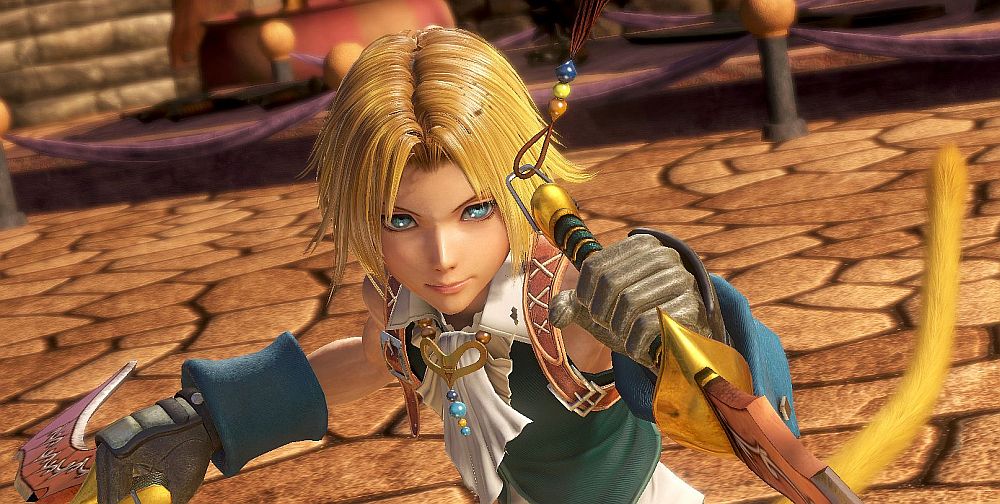 I’m using a picture of Zidane here because he is a thief, and these prices are daylight robbery.

The pack, the ‘3rd Appearance Special Set for Terra and Kefka’, includes two new costumes – one for Terra, FF6’s primary protagonist, and one for Kefka, that game’s villain. Both costumes come with three color variations. Also included is a weapon for each character and a selection of chat messages – in-character quotes you can spam to your opponents online. This, I should reiterate, costs $20/£16. It is ludicrous.

What’s strange is how this pricing is so thoroughly out of step with content released for the game prior to the free version. Extra costumes for DLC characters like Snow and Rinoa run £2.49 each. Packs that bundle a costume with a few weapons and some chat messages are £5.

You can get both Terra and Kefka’s costumes separately, outside the bundle, but even that pricing has effectively doubled – it’s £10 for each character, despite the fact that these packages contain two less weapons than those previously released for £5. You can see all of this pricing for yourself over on the PlayStation store.

This pricing seemed so out of sorts that at first I thought it might be a mistake – but over two weeks after the DLC release it’s clear that this is the new pricing and is seemingly here to stay. This is crazy.

More crazy, however, is releasing a free version of a dead online multiplayer-focused game in the hopes of reinvigorating and repopulating its player base only to price extra add-ons so prohibitively that you’d have to be a real hardcore devotee to buy in. I thought the Street Fighter 5 alternate costume pricing was bad, but this goes beyond. Dissidia and Final Fantasy deserve better.