Kick doors. Shoot men. That’s what Rico, a new indie FPS where you pepper procedurally generated gang hideouts with bullets, is all about. It even says so on the loading screens.

Remember old-school Rainbow Six where you’d have a map and various breach points – you’d make a plan, then you’d execute that plan? This is nothing like that at all. You see, the plan here is always the same: kick the door; shoot the men.

Actually, scrap that – sometimes you slide through a door and clear a room like a cel-shaded John Wick. Unless it’s a small room with 20 dudes inside, in which case you slide in and immediately get filled with bullets. 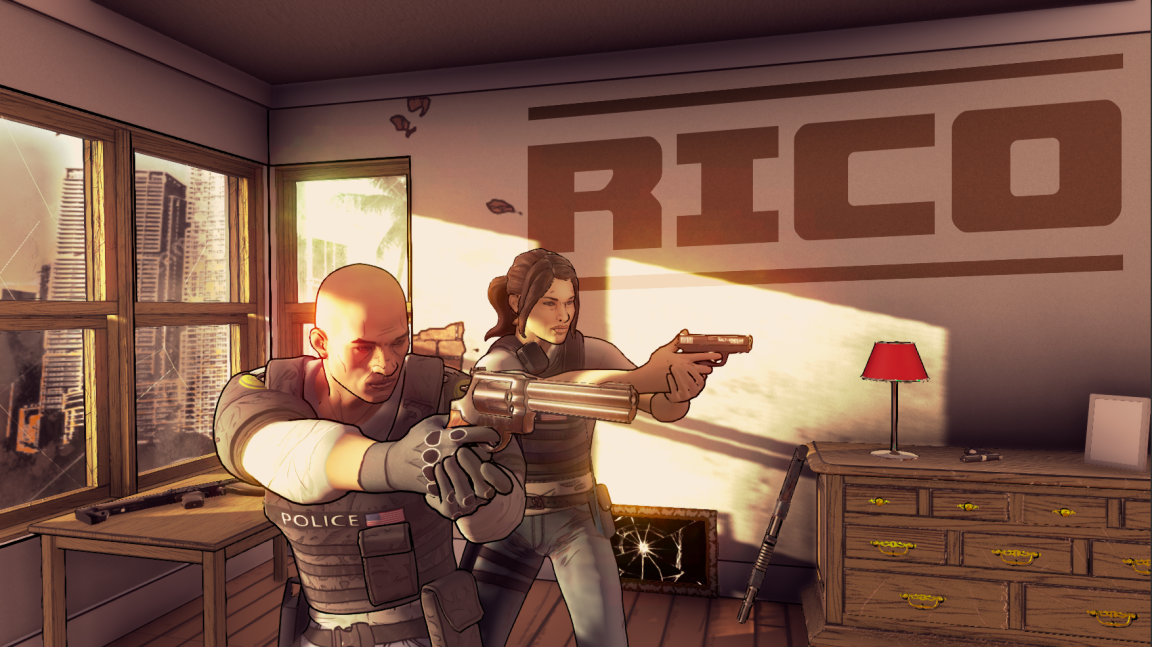 If you kick a door in single-player, bullet-time triggers and you can line up headshots. In co-op, bullet-time still applies, but only if you breach a room together. It’s a ridiculous amount of fun seeing wood panels splinter, glass shatter, and burly enemies fly across the room with each gunshot. That fun is amplified when that carnage is doubled with a friend.

Guns feel meaty and have enough recoil differences to make experimenting enjoyable. Aiming on controller feels slightly off to me, but toggling the sensitivity down made it more bearable and there’s a generous Call of Duty-style snap aim for when you look down your sights.

The unlockable attachments also change weapon behaviour and offer some meaningful choices between rounds – particularly since health carries over between missions and you can’t always get the health pack and that sexy laser sight. Death means restarting your run entirely, losing all your equipment.

Occasionally, the procedural generation shits itself and put an impassable object between you and a much-needed medkit, but otherwise it helps keep things fresh. 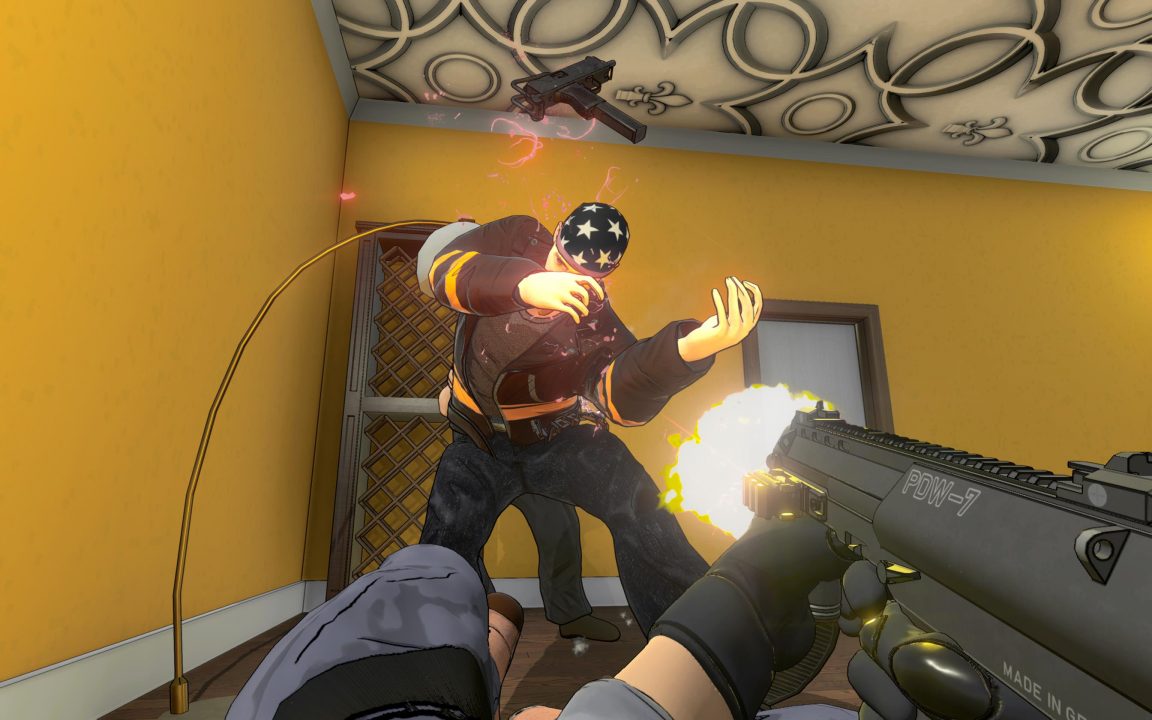 Rico’s best moments come from you and your friend blundering into each other in the middle of a breach. When the bullets and bodies are flying, you can’t really blame your mate for shooting you in the back of the head, can you?

Luckily, this logic also applies to the enemies. There’s something incredibly satisfying about watching a slaphead grunting and running at you with a crowbar, only to be gunned down by one of his pals. The AI is dumb by design, like autonomous drones with a penchant for bullets in the face. There’s no tactical thought to their behaviour at all, though they will surprise you every now and then by booting down a door of their own.

Rico does a great job of making you feel just as dumb. There’s nothing as humbling as you and your partner counting down to boot a double door off its hinges in synchronicity, only for you to dramatically storm an empty room you already cleared. Check your map, dummies.

It’s not going to win any Game of the Year awards, but if you’re looking for a fun co-op game that scratches a similar itch to something like PayDay, Rico is well worth picking up.