After becoming Capcom’s best selling game of all time, discussion around the fantastic Monster Hunter World died down considerably. You’d be forgiven, then, for thinking not much has happened since launch. Yet, not only is it as lively as ever, with a steady stream of new content, it’s a fundamentally better game than at release. Given it was already a stellar experience, that’s saying something.

If you’ve never played a Monster Hunter game, World is an excellent starting point. There’s a sturdy main quest to take you through many hours of guided hunts – this covers a lot of the “low rank” quests, introducing you to a whole variety of monsters, giving you time to understand the fundamentals and discover the weapon you favour.

By the time you’re set loose on the “high rank” quests that define the remainder of your play time, you’ll be confident enough to take on the biggest and nastiest beasties, seeking out the tougher challenges the game has tucked away.

Of course, if you already sunk a hundred or so hours into World you might have wrapped up the main quest, tackled several Elder Dragons (late game foes) and crafted that rarest of gear. So is there enough of a reason to come back? Oh yes.

Let me break it down for you. 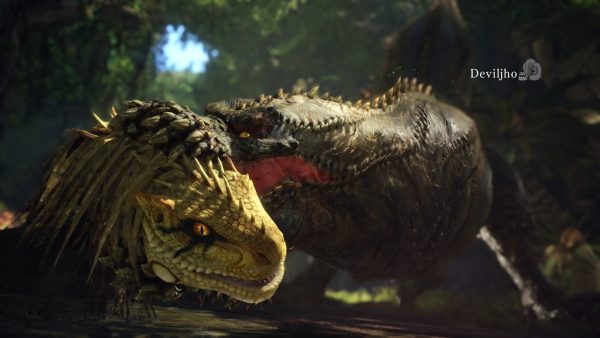 The monster hunting behemoth hardly lacked for content upon release, but there has been a steady flow of updates, all of them free. Several monsters have been added including new versions of beasts from other games in the series. First came the truly intimidating Deviljho – this beast offered quite a different challenge for late game players who might have honed themselves on the Elder Dragons – this sharp-toothed pickle-looking monster is a notable contrast from those late game foes.

No whirlwinds or poisonous clouds, Deviljho is a physical beast that throws itself around and is easily enraged. It will even use other monsters as clubs, just in case you were unsure where this creature sits on the food chain. The special ability to spit out elemental attacks based on its surroundings was also a welcome novelty, especially since the Deviljho can appear in all the game’s areas. Capcom regularly puts out a special quest with a tempered version that is a true challenge for players at their peak. The gear you can get from it certainly makes the difficulty worthwhile, with some rarity six weapons letting you have a jewel slot but with damage to match rarity seven on the weapon tree. The weapons are strictly dragon elemental damage so don’t expect these to just replace all your arsenal.

We’ve also been given the female half of the Elder Dragon Teostra with Lunastra, a blue variant that, while similar, certainly beefed up the roster of Elder Dragons. Because it does heat damage instead of flame blight, your fireproof build isn’t going to quite cut it against Lunastra. Anything that makes players shake up their approach is a welcome addition. 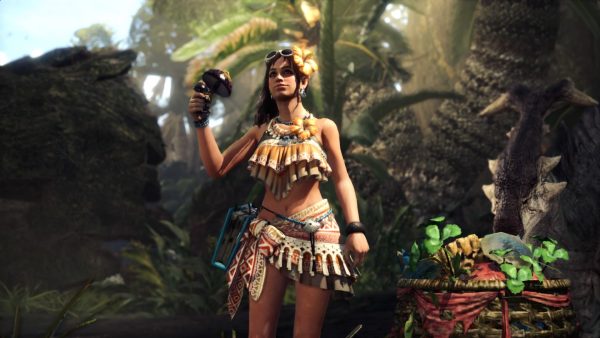 Perhaps most interesting of all the new monsters is Kulve Taroth. This golden beast wasn’t just a new monster, it was a whole new quest type, the Kulve Taroth Siege, in which multiple groups of players all contribute across different hunts to tackle the beast. Each group attempts weakening it for the next until finally it is slain and final rewards are dished out. With multiple stages and a whole map that complemented its unique fight, this was a worthy new event that World has kept on a steady rotation.

Just as well because it introduced a new tier of weapons: rare golden variants that have a chance to come with absurd stats, sometimes weapon or elemental damage way above the best weapons on the crafting tree. Of course, to increase your chances of obtaining something worth your time, you’re going to have to excel against Kulve Taroth. With each near victory, you boost a counter that determines the tier of your reward for when the beast is finally slain. Do well enough and you’ll get a nice helping of gold rewards and a chance at those ludicrous rarity 8 weapons.

Making it an event that comes and goes in the game rather than a fixed quests means it hasn’t replaced the end game’s existing grind but rather has become something special to have a go at when available. Plus the selection of weapons from the Siege is limited so they’re not going to give you everything you want or need. You’ve still every reason to work towards the top tier weapons, especially since there’s no chance involved in constructing them. It’s a considered approach from Capcom to shake things up without ruining the existing structure that does a little more than simply just adding “more” to extend the life of the game for high rank players. 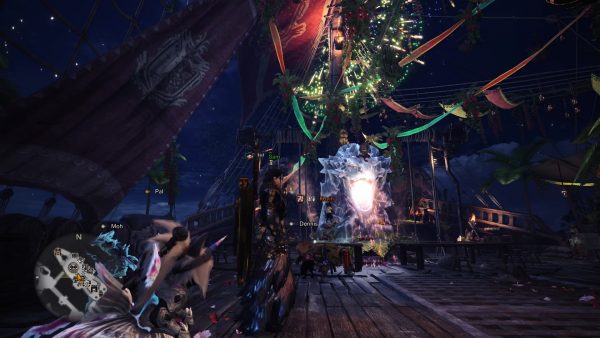 Capcom also continues to mix things up with special quests, tie-ins and seasonal events. The Spring Blossom Festival has gone but the Summer Twilight Festival is still underway until July 26. With each festival the hub gets a makeover (currently palm trees and a dragon ice sculpture) and a bunch of appropriate gear and quests are made available for the limited time of the festival. The tie-in events have mostly been fun, little nuggets like the Horizon Zero Dawn and Street Fighter quests, giving you some costumes but little else. The Devil May Cry one was a bit more substantial, with a hefty new special charge blade on offer and an outfit that was actually constructed in pieces like the rest of the game’s armour, allowing players to mix it up to make the most of the solid stats.

Most exciting for those who have kept a close eye on screenshots from Japanese players, that rare Azure Starlord armour, previously exclusive to Japan, is now partly available. The first quest has made its way west with the festival and gives players a chance to get the set’s sword as well as armour for your palico – a cat companion creature who helps you in battle. The second half of the quest is coming soon too, where you’ll finally be able to get your hands on the fetching gear.

Capcom’s whole approach seems to be, like the extensive ecosystem that defines the game’s world, making things alive and unpredictable. Few of these pieces of new content are massive in their own right but by releasing them at a steady rate they keep Monster Hunter World active, letting players find new things to chase after even after they’ve exhausted the base game’s offerings. Of course, these new pieces of content only redefine everything that comes before so almost nothing in the game is truly static. They’ll help low rank players get an extra boost through the early game for a start, providing players aren’t afraid of a little challenge.

For high rank players it’s an opportunity to take their character’s build to new heights and tackle that tempered elder dragon with more ease. It’s not a revolutionary approach to post-launch support but paired with the game’s emphasis on unique combat encounters over explicit stats, each new piece of content is an exciting addition instead of simply a new entry on the min/max spreadsheet. Capcom is keeping things fun and the developer is making it look easy. 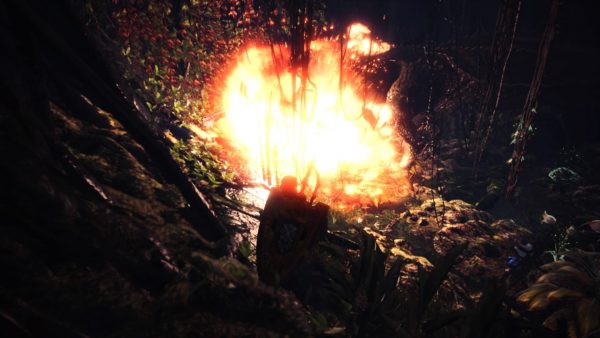 Capcom has shown no signs of slowing down either. Right around the corner is a tie-in with Final Fantasy XIV, bringing that game’s legendary Behemoth to World as well as a slew of special Final Fantasy themed gear. While word of a full blown expansion hasn’t emerged yet we can only hope Capcom has a large DLC brewing. A whole new area would be something worth paying for if the variety of the base game is anything to go by.

People are clearly still in love, with a large player base active at all times. Even jumping in now you’ll have no trouble getting help for low rank or high rank quests. Get a few friends to join you and you’ll be all set for what is one of the most generous and rewarding games out there. The PC version is right around the corner too, so if you’ve been waiting, know that the version available now is the best.

If you’re looking for one of the most thrilling, challenging co-op experiences around, don’t miss out on Monster Hunter World. Capcom has set a new standard and I can’t wait to see just how Monster Hunter World’s success will reshape the developer’s approach to other franchises in its stable. The game is still full of life but even after it dies down, its impact will probably be felt for years to come – just like when you smack a dinosaur upside the head with a massive sword.