For any genre to survive the test of time, it has to develop alongside its audience. You only need to look at the decline of the MMORPG in the late ‘00s to see that when a genre stagnates, the fans will lose interest.

Battle Royale is the genre du jour. It started in scrappy mods and Early Access, got picked up by developers quick to realise its potential and popularity, and is now rolling into the biggest annual blockbusters like Call of Duty and Battlefield 5. There’s no better example of the popularity of the genre than Epic’s Fortnite, which didn’t even begin life as a battle royale game, but is now clearly the leader in the field in terms of sales and mainstream success.

Battle Royale is established, then, but if it’s to grow and remain a popular genre, where will it go next? I spoke to some of the developers who are making innovative strides in the genre, in the hopes of gaining some insight into where battle royale might be heading over the next couple of years.

Even the most passionate PUBG enthusiast out there would have to admit that the game’s melee combat isn’t exactly deep. That’s where Egress comes in. Currently under development for PC, PS4 and Xbox by St. Petersburg-based studio, Fazan, it has a notably Souls-like combat aesthetic, with dodging and swinging taking place from a third person perspective. Axes, picks and hammers are the weapons of choice, combined with magic and muskets in a dystopian, Victorian landscape.

Speaking to lead designer Artem, one statement stood out to me. “I don’t like games where you have to know how to play and win. I prefer games where you feel how to play and win.” It’s undeniably true that games such as PUBG and even Fortnite rely heavily on a stat-based meta. Certain weapons for certain scenarios, certain loot spots for certain playstyles. This is the kind of thing that Fazan are attempting to pull away from. As Artem explains, “In Egress almost every character has only two special abilities, but these abilities completely represent a character’s class. You have to be tactical, you have to feel your character, you have to play smart, but you don’t have to keep in mind tons of information.”

“Waiting for the matchmaker, sitting in a lobby, sitting in a plane, parachuting to the ground… you could easily be spending half your time simply waiting to play the game”

However, Artem is well aware of the expectations of the genre. He acknowledges that “when somebody hears ‘battle royale’ they instantly imagine a PUBG clone, with a mandatory one hundred players jumping into single map and shooting each other.” Egress, on the other hand, has no shooter element, round safe zone, parachute jumps or hundred-player maps. In Artem’s words “it plays and feels differently, but keeps the feeling of surviving and hunting that we love so much in battle royale games.” 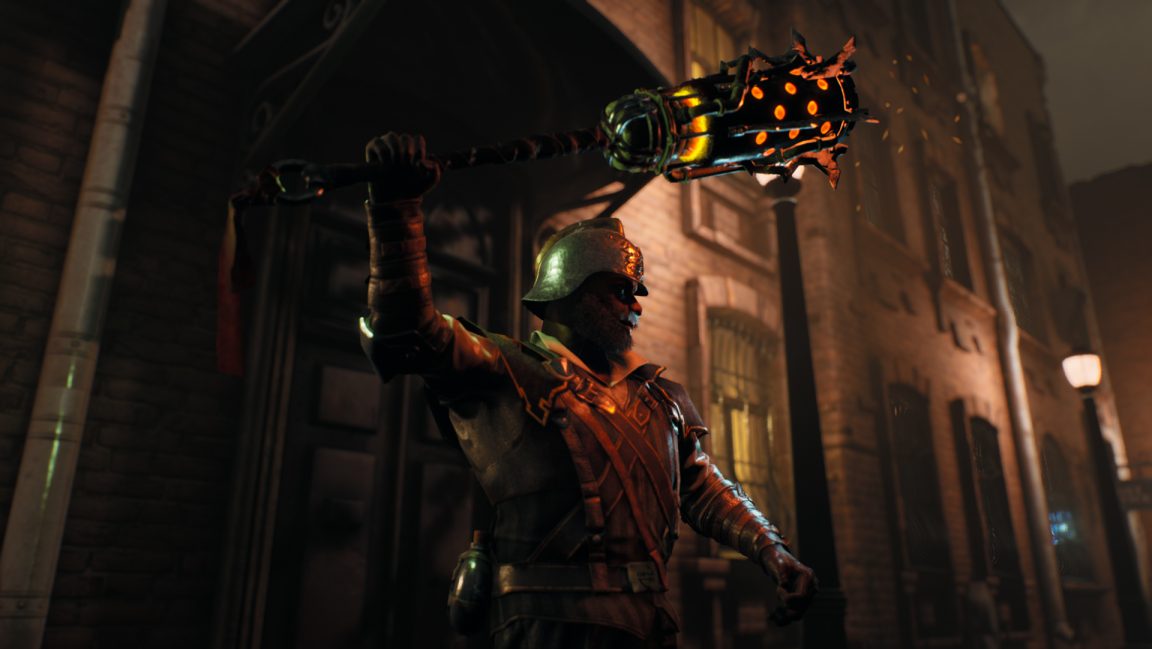 It seems the notion of battle royale games being overly cumbersome is shared by quite a few developers. Currently the third most popular battle royale title after Fortnite and PUBG, surviv.io is a stripped-back, top-down affair with all the running, hiding and shooting that you’d expect in a battle royale title.

Justin Kim is one of just two guys currently working on it, and his design philosophy is simply to provide the player with non-stop action. “We pride ourselves on the fact that there is little to no downtime between games,” he says. “We have no lobbies or parachuting sequence, which means if you’re in the game, you’re active and playing.”

It’s true that there’s never a moment spent waiting to play in surviv.io, something which he describes as a “significant pain point” in many other games. “Waiting for the matchmaker, sitting in a lobby, sitting in a plane, parachuting to the ground… you could easily be spending half your time simply waiting to play the game.”

I asked Justin if he thought BR games were on the decline, but he feels that the opposite is true, stating “the battle royale genre is really just getting started, games like surviv.io are a prime example of that. We’ve shown that a 2D top-down BR is compelling enough to be the third most popular on PC.”

One thing that I’ve found particularly surprising about the whole battle royale craze is the lack of major movie and TV studios getting in on the action. You’d have thought that, at the very least, the owners of the Hunger Games series would have seen this as some sort of digital goldmine. However, all of the devs I spoke to were much less enthusiastic.

Talking specifically about that whole subset of fiction, Justin points out that “the Hunger Games and young adult dystopia craze had essentially died by the time even H1Z1 had come out with their battle royale. It might have been a different story if the two trends had aligned, we’d probably have seen some kind of Hunger Games-branded battle royale.” Artem was even less impressed by the idea, stating simply that “if you work with some IPs, it will impose certain limitations for you,” and describing games like that as “unnecessary”. 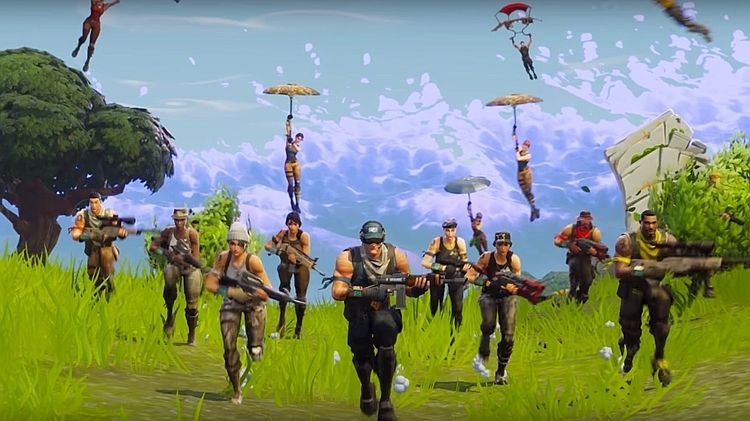 My final stop on the tour of battle royale studios took me to a place about as far removed from PUBG and H1Z1 as you can possibly get. Brendan McCaskell of McCaskell games in Kelowna, Canada, is taking the basic premise of battle royale games, removing them from the computer and putting them on your tabletop. His board game, Last One Standing, is currently an active Kickstarter project. Speaking to Brendan, he explains his inspiration as coming from a desire to experience games like PUBG in a more intimate way.

“I’m a huge advocate of anything that encourages shared experiences and face-to-face interaction,” he says. “So while I do love Fortnite and PUBG, I would prefer to sit around a table with my buds and enjoy one another.”

It’s an interesting notion. Battle royale games, by their very nature, encourage an ‘us and them’ kind of attitude. You drop onto the map, maybe with two or three friends, and proceed to thoughtlessly shoot, explode and mow down any number of nameless strangers. The whole genre almost thrives on a feeling of anonymity.

By taking that away, Brendan has totally altered the atmosphere of the battle royale experience. But this seems to be exactly what he’s going for. Throughout our interview, he talks about creating “memorable moments around the table” and drops in phrases such as “fun for the whole family”. Spoken like a true board game geek, Brendan explains his desire that Last One Standing will become “a perfect gateway game to bridge people from the video game world into the board game world.”

However, Brendan isn’t naive to the fact that he may be viewed as a something of a bandwagon leaper. “There is always a certain degree of pressure designers feel to succeed and when they see a certain style of game being a huge success, it’s hard not to shoehorn it into whatever project you are currently working on.”

But for Brendan, it isn’t the concept but the execution that counts most. Speaking about Fortnite and Epic Games, he points out that “they took what they needed to from PUBG and created something unique and arguably just more fun. Blizzard does a wonderful job of this as well. Most of their ‘huge’ hits are not original ideas. They are just better at execution than anyone else.”

Regardless of your feelings on the whole battle royale craze, innovation and inspiration go hand-in-hand when it comes to creating a truly memorable game. If there’s one thing all of the developers I interviewed had in common, it was their belief that what defines a battle royale game is not parachute jumps, large islands and loot drops, but the raw, human instinct of hunting and surviving. These very simple concepts provide many, many frameworks for entertaining gameplay and these guys are moving further and further away from what we traditionally think of as a battle royale game.

“Epic took what they needed from PUBG and created something unique and arguably just more fun. Blizzard does a wonderful job of this as well. They are just better at execution”

It’s not impossible for a genre to retain its popularity for years or even decades. Point-and-click adventures are still going strong, having enjoyed something of a renaissance lately. The traditional CRPG never really lost its popularity, with recent hits like Pillars of Eternity and its sequel still selling well and racking up excellent review scores. The thing that all these genres have in common is the removal, over time, of certain elements that the fans grew tired of. You won’t find much dull pixel hunting in a modern point-and-click game, nor will you have to understand what the incredibly obtuse phrase ‘to hit armor class zero’ (the ‘90s were dark times) means to play Pillars of Eternity.

It’s this process of taking an axe to certain aspects of the battle royale genre, be they long wait times, having to remember loads of stats, or just having a very impersonal experience, that I see all of these devs engaged in. Whether or not they’re chopping away at something desirable remains to be seen, but as with any experiment, the risk of it blowing up in your face is ever-present.

For every Fortnite there will be a Radical Heights, but it’s those failures and the lessons learned from them that allow genres to forge onwards and create awesome new experiences for another generation.