The story of Thrill Kill, a PS1 fighting game canned by EA for being too controversial was first published on July 17, 2018.

If you ever owned a chipped PlayStation, there’s a chance you have heard of Thrill Kill, a violent, sexually suggestive fighting game that never saw the light of day. At least officially. Those who had rigged their console to play pirated games could download a bootleg version, which only added to its grubby infamy.

Thrill Kill was terminated while 99% finished, according to programmer David Olloman. The game had already survived Sony submissions and talks were underway for a sequel which would be called either ‘F.U.B.A.R’ or ‘S&M’.

This violent arena fighter wasn’t killed by tabloid reaction or outcries from concerned parents, however – it had its plug pulled by executives at the last minute, before it was due to enter stores across the world, hyped as a rival to Mortal Kombat. The new owner of the title, EA, didn’t want to risk controversy.

“A promotional plan they discussed was to send demo discs to people that hated video game violence.”

Thrill Kill allowed four players to fight simultaneously – a technical feat for the Sony hardware in 1998 – but EA cared more about its image than the impressive tech. “This was not a financial decision,” Louis Castle, co-founder of Westwood studios, part of developer Paradox, says. “More than likely, it spared EA some really awkward conversations and potentially negative press.” 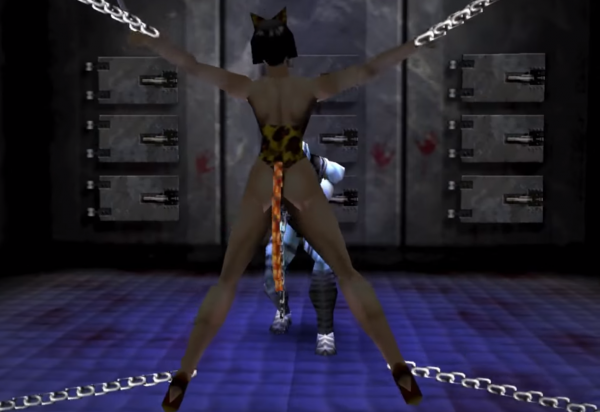 Oddly, Thrill Kill started out as a Mayan basketball game called Earth Monster. At some point, this godly b-ball game was pushed to one side in favour of a fighting game. Paradox wanted to stand out, as bringing a new fighting game to players in the late nineties was a gamble, so the decision was made to go all in – Thrill Kill would make Mortal Kombat look like Super Smash Bros.

Thrill Kill left nothing out – BDSM, sexual fetishism, masochistic leanings and even a character who assaulted others with their own dismembered limb as the fighters jostled for space inside a padded cell. Special moves were tagged with names like ‘bitch slap’ or ‘swallow this’ which, with age, seem relatively tame. But this was 1998. Just before release EA bought Virgin Interactive from Viacom, two companies that “were fine with an over the top parody of violent games,” Castle explains. “EA was in a very different place and was working hard to overcome the industry stigma of games as a more violent medium than film or TV.”

“Companies came to us with blank cheques to present to EA for the game, but they wouldn’t release it to them because of that association.”

EA couldn’t have Thrill Kill on its conscience, so it was killed off before being reborn as something else: Wu-Tang: Shaolin Style. While Paradox would go on to reskin its game in order to feature the New York Hip Hop group, the cancellation left a bitter taste. “When the upper echelons at EA saw it, and considering their close relations with a certain senator, [Joseph] Lieberman, it was placed on the highest, dustiest shelf that they could find,” Olloman explains. “Virgin didn’t care about the content. In fact, a promotional plan they discussed was to send demo discs to people that hated video game violence.”

The engine was solid, though. Paradox had worked on it for months on end, ensuring it could cope with anything they threw at it. It was a core technology for the studio and the animation aspect was breaking new ground. “We could play almost any animation from one character on any other one, such as normal humanoids, gorillas, and imps on stilts.” Olloman reflects. But as we’ve seen, the cancellation of the game wasn’t about technology or money, it was about theme and content. While GTA’s Hot Coffee was still years away, video games had started to catch a lot of attention from the mainstream press. 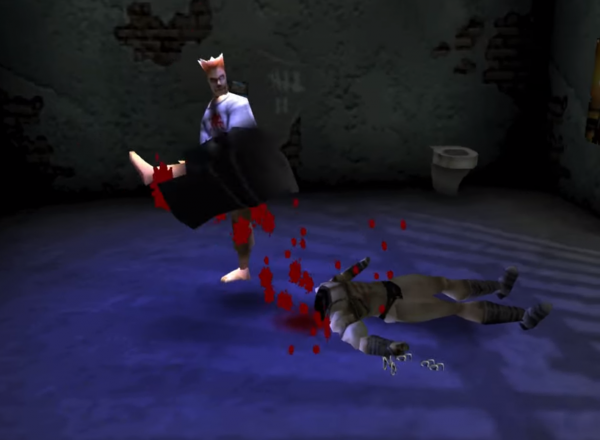 “EA’s Larry Probst made the decision that the industry would be better off if Thrill Kill was never published,” says Castle. But the developers, having worked on it for so long and with the game already passing Sony approval, had other ideas. A near-complete version of Thrill Kill soon found its way onto pirate sites, and it became a bootleg legend, befitting its b-movie content.

Anyone can play the game now, so I took a look at it to see if the content looks as controversial through modern, desensitised eyes. Honestly? It’s not that bad. Sure, you could bash someone’s head in with a severed leg, but have you actually seen modern video games?

Over on the Mega Drive/Genesis the year before, Sub-Zero was tearing the heads off of opponents to display their bloody, dripping spinal columns, but something about Thrill Kill being 3D made the violence seem worse. Midway and Acclaim had no qualms about courting controversy with Mortal Kombat – it was good for sales, in fact – but EA just wouldn’t be swayed. “Companies came to us with blank cheques to present to EA for the game, but they wouldn’t release it to them because of that association,” Olloman says.

All that was left was to reskin the game and tone it down, which is how Wu-Tang: Shaolin Style was born. A fighting game based on the styles of martial arts favoured by the New York rap group ended up being quite successful, because it lost all that depravity, but the executives still stepped in during development to alter content. ODB, or to give his full rap name, Ol’ Dirty Bastard would appear in the game using the drunken master style of fighting, but the execs didn’t want to relate a character to alcoholism so it had to be switched up. 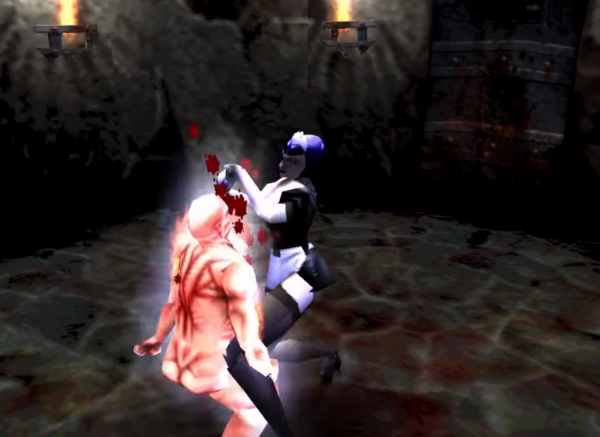 The team were confident in what they eventually created, but there was slight concern over how the game would sell without that violent hook. “It was around that point that we found out that Activision’s internal marketing department wanted to put their weight behind a new game called Tony Hawk and our game was being touted as receiving mostly street marketing and ‘word of mouth’,” Olloman remembers. Luckily, that was enough.

For a lot of players, the Wu-Tang game holds fond memories. Funnily enough, the official Wu-Tang account recently tweeted images from the game and the limited-edition controller, stoking the rumour mill that we may see a return to the franchise.

“There were many positive reactions to the technology that we had created internally, for being the very first four player fighting game,” Olloman says. “Its legacy gave us the chance to work with other publishers on interesting IPs within the fighting genre, ending up with the company being bought by Midway and helping to revive interest in the Mortal Kombat brand with ‘Shaolin Monks’.” It’s not all bad, then.

In a way, the game’s cancellation only added to its allure – everyone wanted to see and play the fighter that was too gruesome to release, and everyone wanted to be the kid in school who had a pirated copy to show their friends. Looking at the violent trailers for modern games this E3, perhaps Thrill Kill was just ahead of its time.