Zynga has fended off Scrabble manufacturer Mattel over the name 'Scramble With Friends.' The name of the tile-based word app was said to veer too close to Mattel's board game, but a high court judge has ruled in favour of the social game company, although it must now change the game's logo.

The BBC reports that Farmville studio Zynga was deemed victorious by High Court Justice Peter Smith, who stressed that the Scramble logo looks too similar to the word 'Scrabble,' thanks to its oddly-shaped 'M'.

He said it, "gives the impression that the word is Scrabble when one looks at it quickly and has the propensity to confuse." 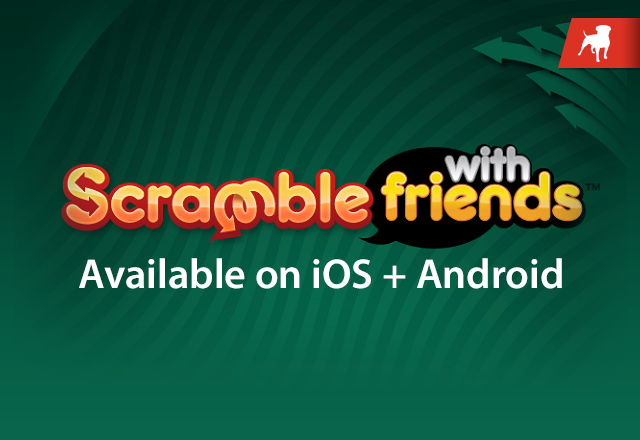 Regarding the logo change, Mattel spokesman Alan Hilowitz said, "We are pleased that the English High Court today affirmed Mattel's request for an injunction against Zynga, finding that the similarities between their Scramble With Friends logo and Mattel's intellectual property likely would confuse the public into thinking they were in fact downloading Scrabble. We are, however, disappointed that the court did not rule that Zynga should cease using the Scramble name, which Mattel intends to appeal."

What do you make of the above then?