A short clip of The Legend of Zelda: Breath of the Wild's next DLC drop, The Champions' Ballad, has been provided by Nintendo.

The Legend of Zelda: Breath of the Wild clip for The Champions' Ballad is 17 seconds long and was tweeted by Nintendo.

The firm also provided some information pertaining to the DLC in the tweet. First off, we'll learn more about Princess Zelda, and secondly in case there was any confusion on the matter due to the E3 2017 trailer for DLC 2, yes, you will still be playing as Link in The Champions' Ballad.

That's according to game director Eiji Aonuma. Glad that's been cleared up, as the DLC will be released sometime around the holidays. Considering it's already July, that's not too far off.

Mr Aonuma confirmed you'll still play as Link in The Champions' Ballad, but learn more about #Zelda along the way pic.twitter.com/DvRbvQuOeb

It's purpose isn't clear at this time, so we're unsure whether it's cosmetic or will aid Link along the lines of Tingle's Outfit and Midna's Helmet in The Master Trials, for example. 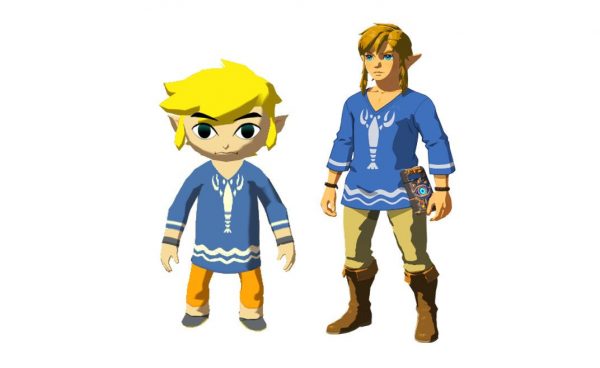 The Champions' Ballad DLC, named after the ballad played by the minstrel Kass in the core game, will contain additional story and dungeon elements, and its focus is on the Champions.

Their goal is to protect the kingdom of Hyrule and its ancient relics. Zelda is the commander of the group which consists of Daruk, Mipha, Revali, Urbosa, and of course, her appointed knight Link.

As with The Master Trials DLC Pack 1, The Champions' Ballad is only available as part of the expansion pass. If you don't have it already, it will run you $20/£18/€20.

The Legend of Zelda: Breath of the Wild was released for Switch and Wii U earlier this year on March 3.