Those who pre-ordered Super Mario Odyssey digitally can now pre-load the game ahead of its release on Friday.

Pre-loading for Super Mario Odyssey went live earlier this morning on the Japanese eShop. Residents in North America and Europe can grab the pre-load files now as well, which will require 5.2GB of space.

Super Mario Odyssey is out October 27 on Nintendo Switch, alongside Assassin’s Creed: Origins and Wolfenstein 2: The New Colossus. 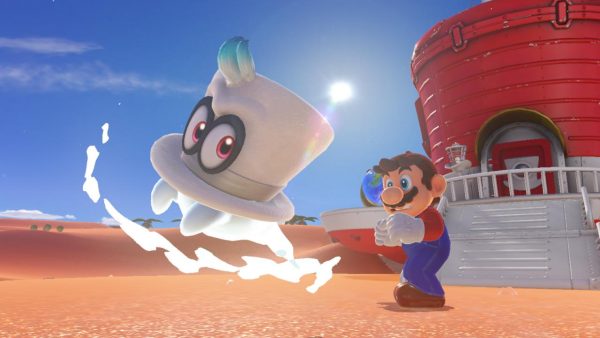 Friday is going to be a busy day for console and PC owners.

Reviews for Super Mario Odyssey will drop this week, although an early review gave it a 10/10. We'll get a reviews round up posted for you as soon as scores start trickling out.

If you missed the co-op gameplay video we posted earlier this week, you should check it out. It shows one player controlling Mario and the other his trusty pal Cappy. It looks like loads of local co-op fun to us.