Yooka-Laylee reviews have landed, and if you're curious how critics felt about the spiritual successor to the much loved Banjo-Kazooie, we've rounded up the scores for you. 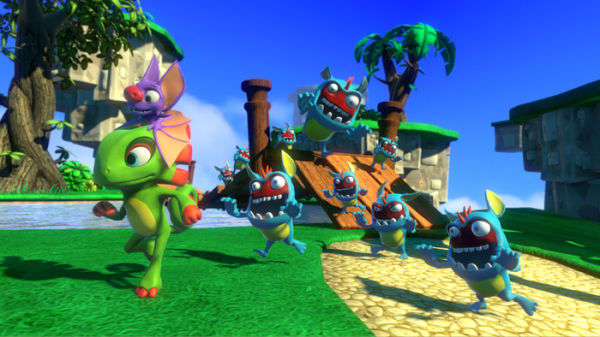 Releasing next week the game was developed by former Rare staffers at Playtonic which took Yooka-Laylee to Kickstarter where it met its . In the end, 73,206 pledged £2,090,104 to the game meeting all stretch goals.

A Wii U version was in the cards at one time alongside a PC, PS4 and Xbox One release. Due to technical issues though, it was cancelled. Playtonic Games said it’s looking into making a Switch port instead, and in February announced the game would be released on the Nintendo console hybrid in 2017.

A week ahead of release, critics have weighed in on the platformer and scores are a bit all over the place in some instances.

You'll find all scores below, and as usual, the numbers are based on ten being the highest unless noted. Some sites don't use a scoring system. Those are noted as well.

Yooka-Laylee releases worldwide on PC, PS4 and Xbox One April 11.