A retail version of Yooka-Laylee has been requested, and developers have answered. 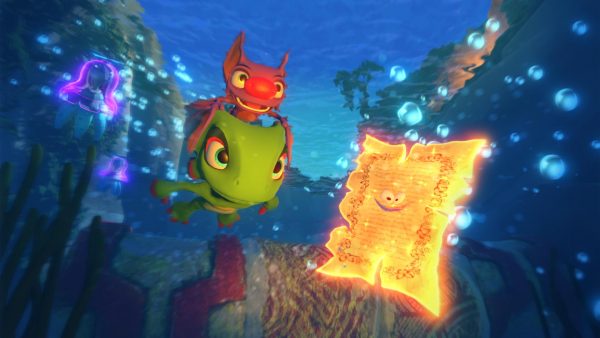 Yooka-Laylee, like many Kickstarter projects before it, is primarily pitched as a digital game. Some projects go on to have retail releases following the initial digital push, where others find publishers along the way to make both available around the same time.

In a development new update, developer Playtonic said the game will be offered in digital form and at retail on launch. The studio is even working on a way to allow backers of the digital version to upgrade to the physical release.

Presumably, this is one of the benefits of signing with Team17 as a publisher, though the update did not reveal any more details.

Yooka-Laylee is out in the first quarter of 2017 for PC, PlayStation 4, and Xbox One.