For the launch of Xenoblade Chronicles 2, Nintendo is putting out two different versions of the game alongside a limited edition Pro Controller. 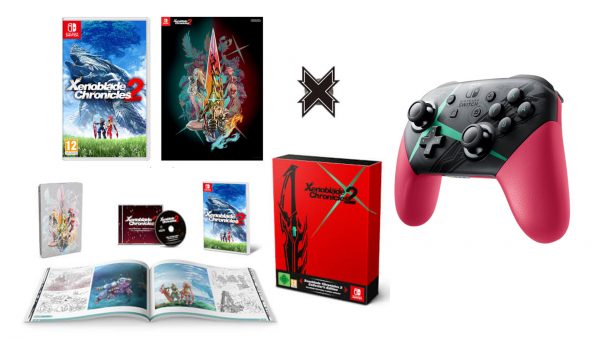 Firstly, the Xenoblade Chronicles 2 Fan Pack, available through Nintendo's official store, includes an exclusive A2 poster featuring artwork from the game and a special pin badge alongside a boxed copy of the game itself. That one costs you £49.99.

Next, you'll find the Xenoblade Chronicles 2 Collector's Edition, priced £79.99. That pack gets you a boxed copy of the game, a collector's steelbook case, a soundtrack CD and a 200-page artbook.

You'll find all of these products on the official Nintendo UK Store.

Alternatively, if you don't fancy any of that stuff and just want the game itself, it's currently available at Amazon UK for £41.99, which is reduced to £39.99 if you're an Amazon Prime member. That'll get you a boxed copy for your troubles.

Xenoblade Chronicles 2 on Nintendo Switch for £39.99 with Prime from Amazon UK