Hands-on tests of the upcoming next-gen Xbox Series X console have revealed that 20% of space on the internal SSD is reserved for system files.

According to a hands-on preview over at IGN, the Xbox Series X reserves about 198GB of the hardware's internal 1TB SSD for the operating system and essential system files.

Xbox is giving consumers the option to buy expandable storage for the hardware, but a 1TB expansion for the Xbox Series X and S will set you back an eye-watering $220/£220/€270. 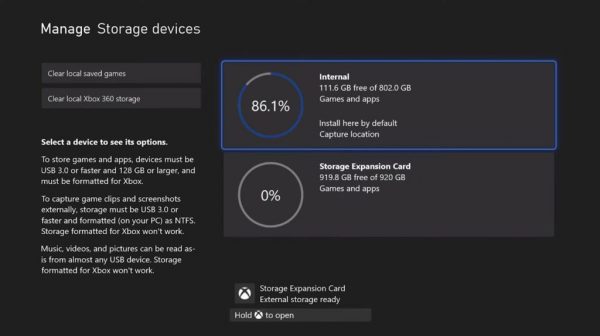 It should be noted that about 80GB of any extra storage you buy will also be eaten up by system files and OS-related files.

“A more affordable alternative is to use a cheaper USB 3.1 external hard drive to store the next-gen games you’re not playing and just shuttle them back and forth as you want them, sparing yourself the need to download them every single time,” suggests IGN. “Besides, transferring between the Xbox Series X’s NVME SSD and a USB 3.1 drive is pretty quick.” 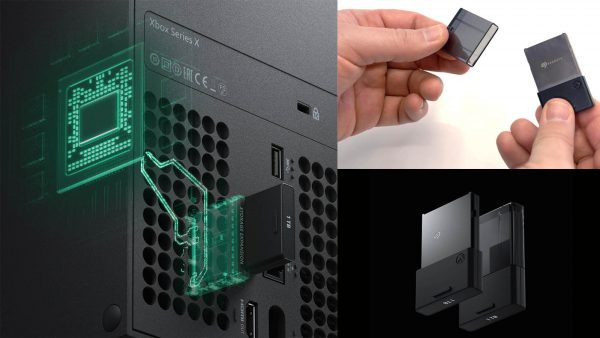 Another test over at Venturebeat showed that migrating Assassin's Creed: Origins (49GB) from an external USB 3.0 drive to the Xbox Series X only took about eight minutes.

It's worth noting you need to migrate games onto the Xbox Series X to play them if you're storing them on an HDD – hard drives aren't actually fast enough to run Xbox Series X and S games.

As game file sizes get bigger and bigger, storage may become more of an issue in future generations.