From out of nowhere, Amazon UK has brought us one of the best deals on an Xbox One X we've ever seen, bring the console down to just £180.

One thing to note immediately, this is for a 'factory refurbished' Xbox One X, so you're effectively getting a second-hand console. Amazon doesn't go too deep into the specifics of where these consoles come from, but you can generally assume they've been returned, previously owned or used as display models elsewhere. Perhaps there's small cosmetic damage or signs of wear, but it's still a fully working and functioning console.

It's stated that each one has been 'professionally checked and tested by qualified experts'. You've got to hope that means they've done more than press the power button on and off a few times. Even if you run into issues, the console should be covered under the Amazon Renewed Guarantee. This states that you are eligible for a refund or replacement within the first year if the product does not work as expected or you run into any problems. That should offer you some reassurance if you're sceptical. 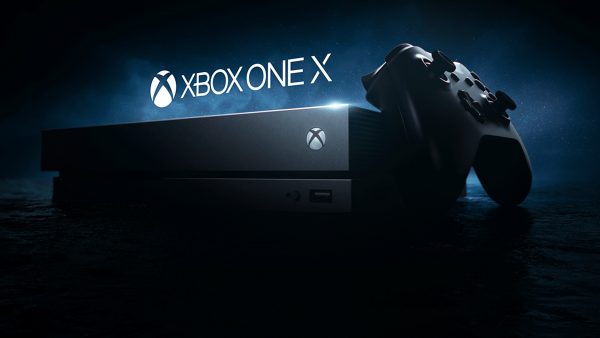 Either way, an Xbox One X for £180 is a ridiculous deal. When a full price Xbox One X costs about double that it's hard to complain. I know a lot of people out there have been considering picking up a cheap Xbox One for Game Pass and chances are you aren't going to find an Xbox Black Friday deal that beats this one. So, pick this up with an Xbox Game Pass subscription and you'll be able to catch up on first-party releases such as Gears 5, Sea of Thieves and more. Loads of other top games like Spiritfarer, the Yakuza series and Resident Evil 7 can be found on the service as well.

At this sort of price – and considering we're dealing with second hand hardware – it's difficult to say just how long this will be available for. If you're tempted, definitely grab one as soon as possible. This Xbox One X deal is part of Amazon's Gaming Week, where you'll find loads more savings across gaming hardware, games and accessories.

For anyone else holding onto their cash for next-gen, we eagerly await the arrival of Xbox Series X pre-orders now that Microsoft has reconfirmed the console's November release date. Sadly, it won't launch with Halo Infinite as originally planned, though. The new shooter has been delayed into 2021.