The Xbox One S Halo Bundle which leaked earlier this month is now official. 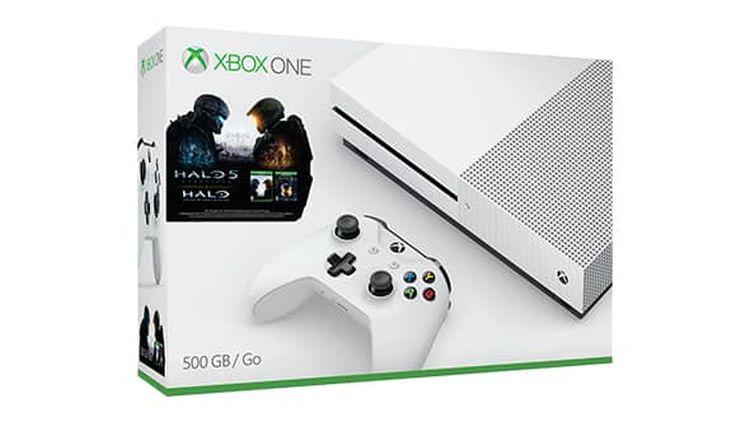 It contains both Halo 5: Guardians and Halo: The Master Chief Collection in 500GB or 1TB Xbox One S models.

Each sku contains a white console with matching Xbox Wireless Controller and will be made available at participating retailers and through the Microsoft Store for $299 and $349, respectively.

You can pre-order it now in the US, Canada, Australia and New Zealand. Microsoft said it will have more to share on Xbox One S 500GB and 1TB bundles in additional markets next month, which we assume means during gamescom 2016. 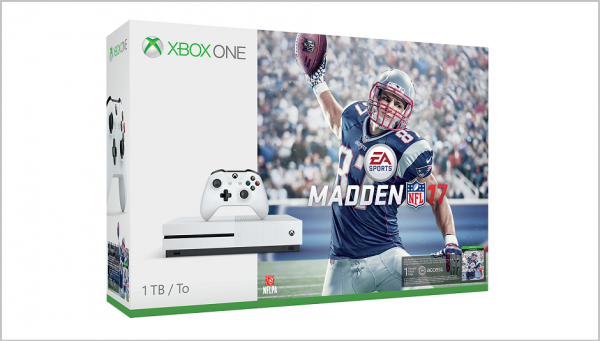 Along with the aforementioned offer, a 1TB Madden NFL 17 Xbox One S Bundle was announced for the US and Canada. A digital key for the game is included along with seven Madden Ultimate Team Pro Packs and one month of EA Access for $349/$449 CAD.

Pre-orders are open now, and it's worth noting that GameStop stores in the US will contain a physical copy of Madden NFL 17 instead of a digital code.

The Xbox One S Halo Collection Bundle and the Madden NFL Bundle will be released on August 23.