Microsoft has announced some multiplayer stats for Xbox One exclusive titles.

Here's the list of accomplishments over the last 11 days:

Over 3 billion zombies killed in “Dead Rising 3”
Over 90 million miles driven in “Forza Motorsport 5” – equal to 3,673 trips around the world
Over 186 million enemies defeated in “Ryse: Son of Rome”
Over 150 million combos in “Killer Instinct”

“We are humbled and gratified by the overwhelming response from our fans to the launch of Xbox One," said CVP of Strategy and Marketing Yusuf Mehdi.

"Eleven days in, we are seeing record breaking sales and are selling every Xbox One we can make. Demand is far exceeding supply in the 13 countries we’ve launched and we are sold out at retailers around the world.

"We are seeing incredible usage from our engaged fans who have purchased Xbox One with more than 50 million hours spent on Xbox One games and entertainment.”

The firm said it is "working hard to meet consumer demand," and are delivering consoles to retailers "as fast as possible this holiday season." 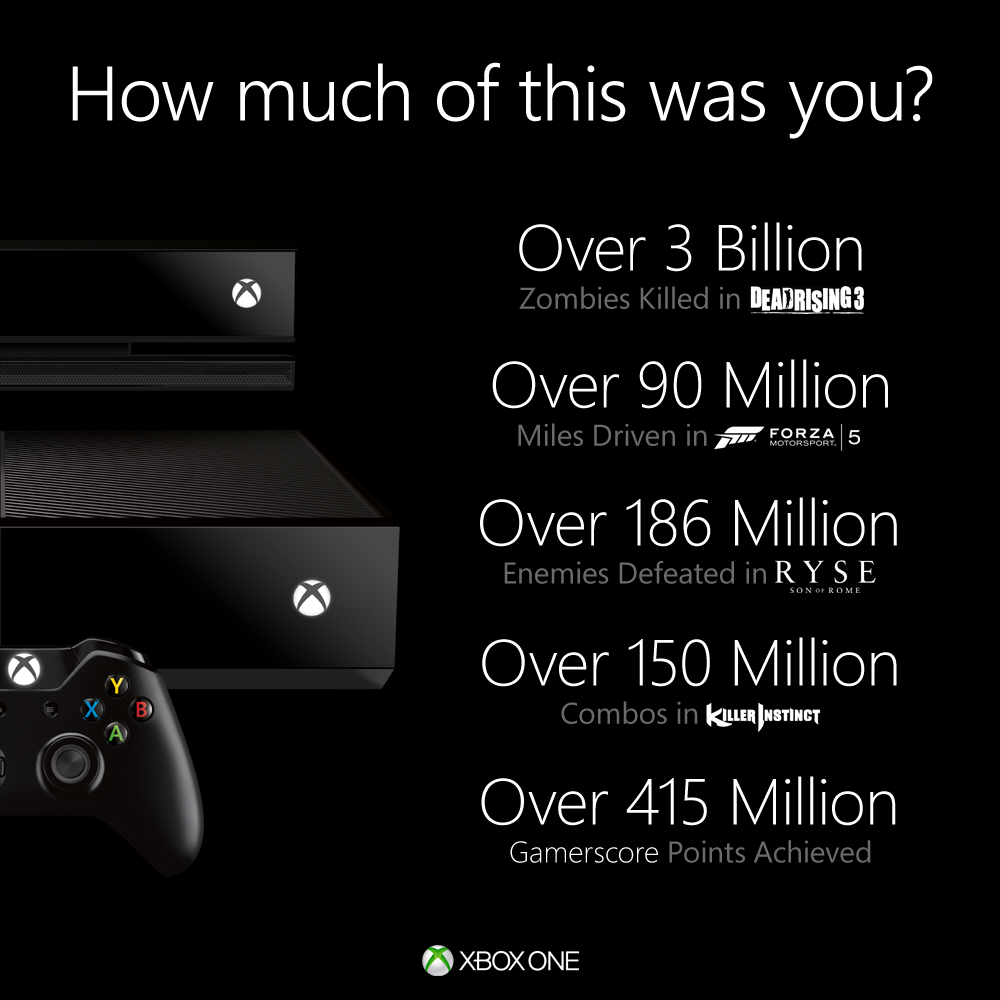