Xbox One's delay in eight territories may have come as a blow to those affected, but Microsoft has since re-iterated its stance on region-locking and importing in a series of statements. A batch of documents supposedly leaked from the company also appears to detail Microsoft's policy in full.

If you missed the Xbox One delay story you can play catch-up here.

Following confirmation of the delay a Microsoft rep wrote in a statement to Eurogamer, "When the console launches this November, we will support Xbox One in 13 markets. Xbox One may be used in all countries, including the non-launched markets. In addition, Xbox One games are not region locked. Any Xbox One game purchased at retail can be used in any country on any Xbox One.

"That said, there needs to be a valid payment method corresponding to a supported launch country in order for any transactions to occur over Xbox Live, and some content may not be accessible outside launch markets due to geographic content restrictions imposed by content right holders."

Responding to gamers on NeoGAF, Microsoft's Albert Penello clarified a few points about Xbox One importing. He stressed that all Xbox One games are 'world-wide signed' (region-free), and that he console will work anywhere, but cautioned gamers to bear in mind power supplies in different territories.

He added of payment details by country, "You can use one of the 13 digital marketplaces corresponding to our launch markets, assuming you have a valid payment instrument for those countries. Lots of people in Europe specifically travel, move, and visit family.

"Now, of course, if you were using Pre-Paid cards ... You will still find that music and video content can be geo-restricted based on licensing. (e.g. Netflix works only in supported countries)"

It comes as this NeoGAF member posted a document supposedly leaked from Microsoft that breaks down - in detail - the company's policy on importing and region issues.

Treat these as rumour for now: 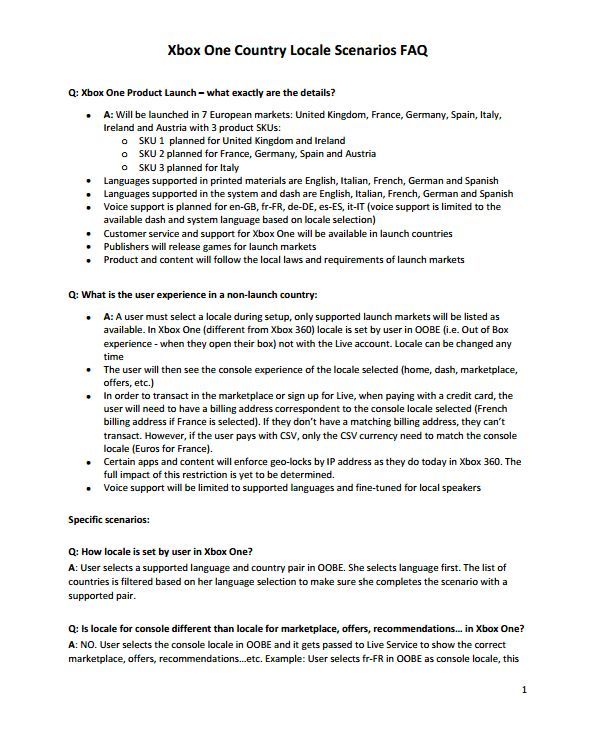 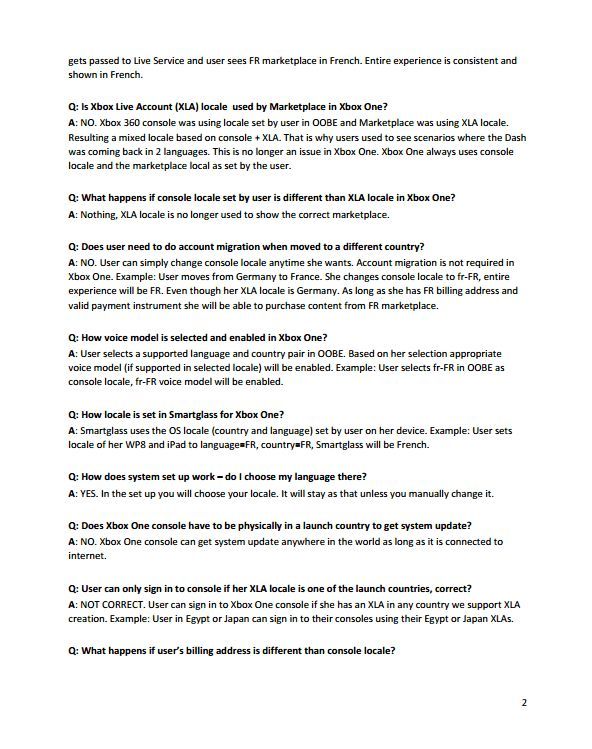 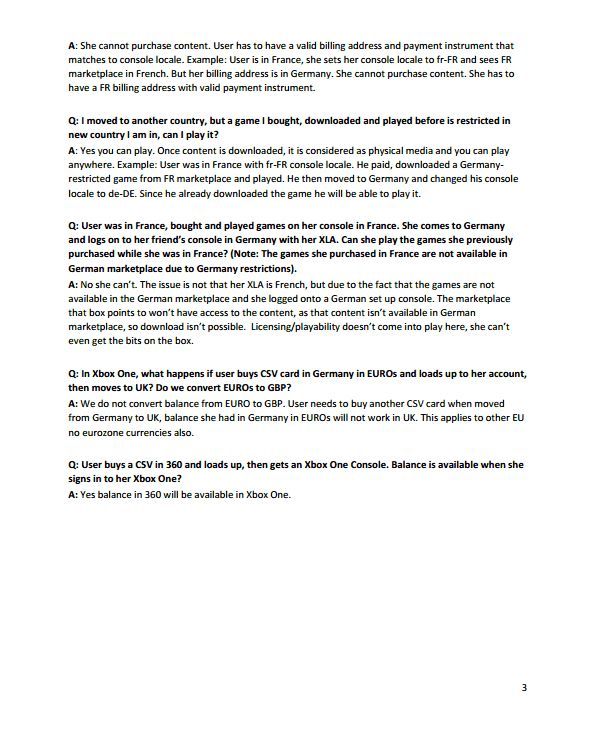