Xbox One consoles also double up as dev kits, and as such, each contain development menus buried beep below the standard interface. One gamer has posted a how-to guide on Reddit showing you how to gain access, but warns that the process could brick your console.

Reddit user Liam Hing posted his guide last night, and explained, "With a simple button combination in System you can enable developer settings, obviously you'll most likely need to be a registered dev with ID@Xbox, but when they said it would happen they delivered." 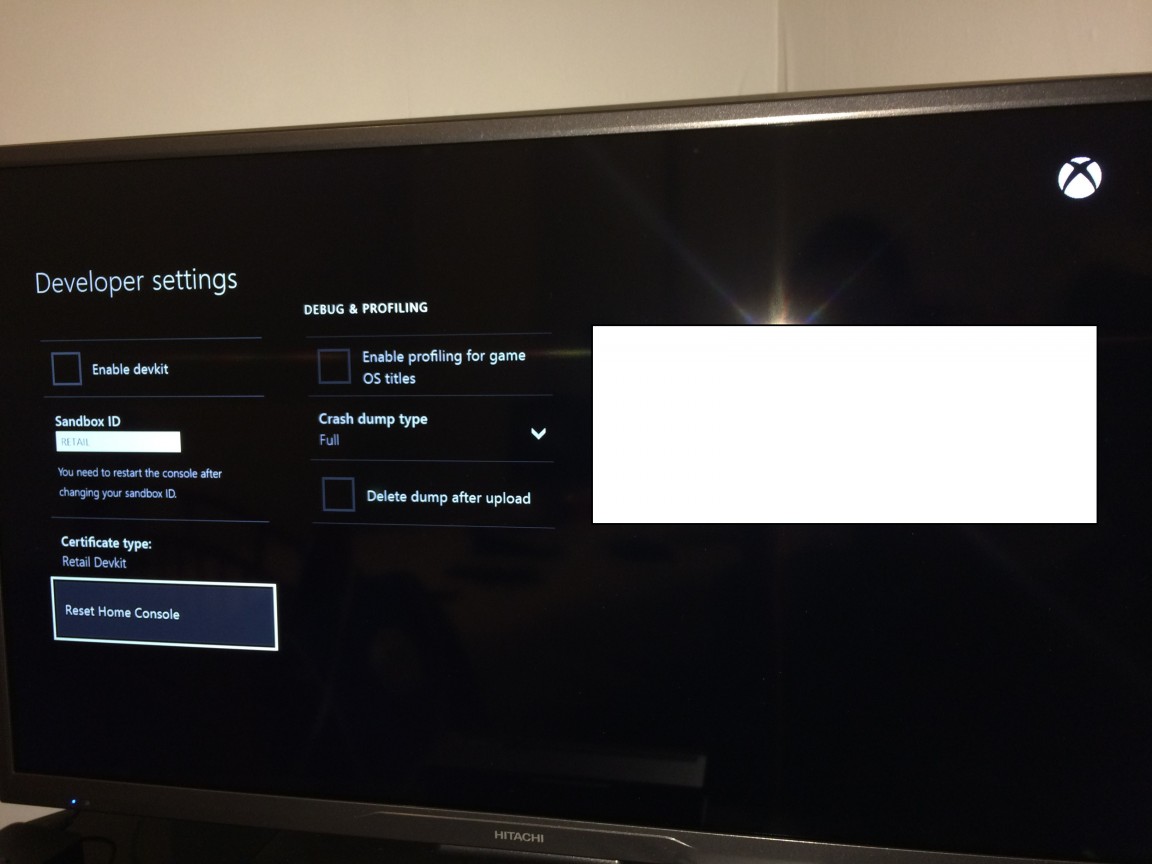 However, a confirmed Xbox One developer quickly replied, "Please don't mess with anything here for the time being, especially the sandbox ID. You risk putting your box into a boot loop." The claim was then backed up by a confirmed Epic Games developer.

When asked if Microsoft had a time-frame for ID@Xbox features being made available to the public, the XBox One developer replied, "I have no idea how far along the ID@Xbox program is. There are many concerns such as privacy, security, stability etc.., that need to be sorted out before we can allow anyone and everyone to simply sideload an app onto their box."

This could absolutely wreck your console, so we won't post it here, but OXM has the required button combination through the link.

A statement sent to Kotaku via Microsoft warns, "Changing the settings in this menu is only intended for developers for Xbox One, and this alone does not turn the console into a development kit. We strongly advise consumers against changing these settings as it could result in their Xbox One becoming unusable. Customers who have put their consoles into this developer setting can revert by restoring factory defaults under Settings / System, select Restore Factory Defaults."