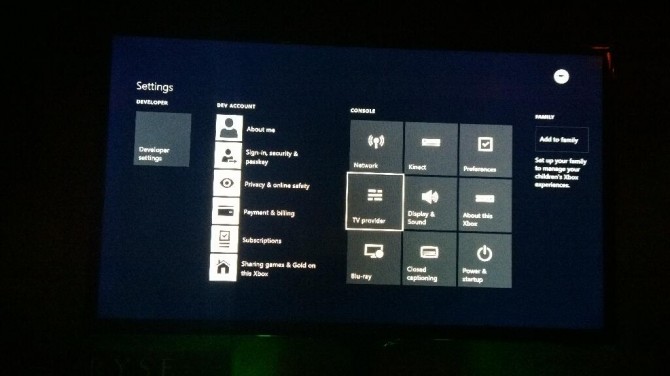 Warren posted the image over the weekend on Twitter, revealing the console's Metro tile layout.

Offering his thoughts on the UI, he tweeted:

Overall I'll say the Xbox One dash is fast. Snapping apps like IE is super quick and you can have a YouTube video at side of a game

Warren also posted a video of the Xbox One's snapping feature, and other interface quirks:

Thanks Dragon and DualShockers.