Xbox One console reviews have begun, and as ever we're collecting those links like a next-gen squirrel, foraging through the tech undergrowth. VG247's Dave Cook also gives impressions of his console.

UPDATE: Brenna's produced a neat video walkthrough for the Xbox One interface. It covers many functions such as the store, pins, snap and more. Be sure to check it out.

Here's a list of all the Xbox One console reviews breaking today, and you'll find my own impressions beneath. Have a look and see what the critics thought here.=

I've been playing around with my Xbox One for a day now, and I know that's not nearly long enough to make a judgement call, so consider these to be first impressions ONLY. It's interesting to finally have the console in a home environment, as it beats the sweaty, noisy atmosphere of gamescom and E3. So to give the unit a fairer appraisal in the wild, I'll be writing up another opinion piece on the hardware for Monday. Stay tuned for it then. 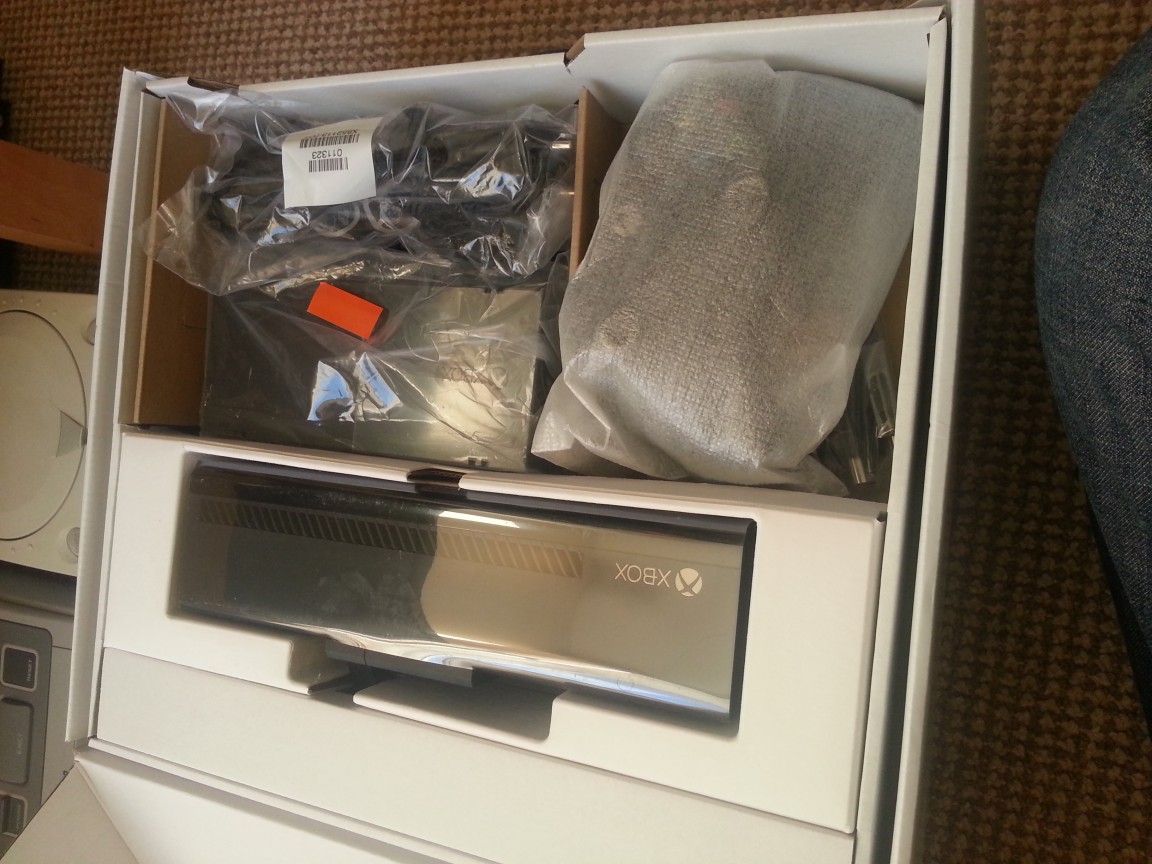 The Xbox One console

Well here we are. It's been almost seven years since I got my Xbox 360. I bought it for BioShock. It was the tits. When the console arrived I took the liberty of snapping the box and parts as I unpacked them. You guys like seeing things unboxed right? The actual console unit itself is surprisingly light. I expected it to be much heavier after seeing it at gamescom in the summer, but it's lighter than an old school PS3 that's for sure. It's also mostly grates, so cooling shouldn't be an issue.

I'd take a photo of the console itself but it's covered in debug codes and disclaimer stickers I probably shouldn't be snapping. But what I can tell you is that it sits nicely next to my telly and cable box and in terms of volume it seems to purr along without reaching Dreamcast levels of din. Sega's console sounded like it was trying to take off, after all. I plugged the Xbox One in, turned it on and was met with the day-one update, which at the time of writing clocked in at 1324MB. It downloaded very quickly however. 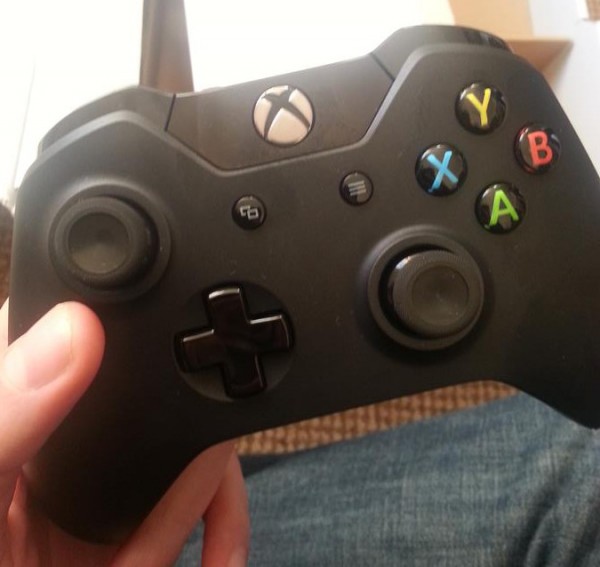 The Xbox One controller

I've spoken about Microsoft's new pad before on these pages, and initial tests at game shows suggested that the pad - while nice - paled in comparison to PS4's DualShock 4. After a bit more time with it, I definitely feel that gap has narrowed. The fact that the left stick is still above the d-pad makes ideal for the shooters I'm so fond of, while the grippy sticks are very comfortable indeed. The quiet triggers are smooth and the whole thing just feels quite lovely in the hands. I still feel the LB and RB buttons to be quite odd, as they don't press in that far, but it's a personal niggle. 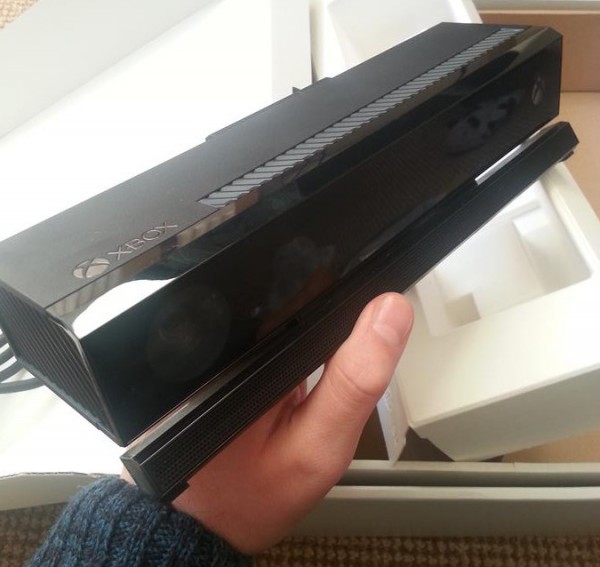 The new Kinect is a sturdy piece of kit. The improved build quality is evident from the moment you take it out of the box. It has a long cable to connect with the base Xbox One unit, which means you needn't shuffle your living room about in order to use it. For those disinterested in the device, you can turn off Kinect log-ins and opt for the standard pad method instead, but for the sake of this article, I tried it out. The set-up screen looks like this: 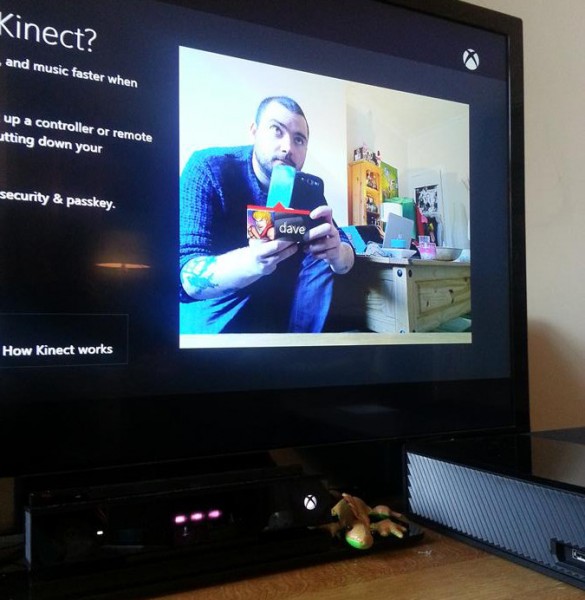 It takes seconds to set-up. From there I was able to start using voice commands by beginning with the phrase 'Xbox.' What's neat is that any follow on words are highlighted in green on the dash. For example: I can be on the first menu - which is the activity feed - and say "Xbox," which highlights my options in green. I was able to add on phrases like 'Pins' to go to my favourites board, 'Bing' to start a voice search, or 'Store' to hit up the shop.

You can even be really specific. I noticed after saying 'Xbox' that the Forza 5 advert on my dash went green, so I simply said, 'Forza 5' to hop straight into that menu. From there I could view the game's gallery by saying 'Image 1,' 'Image 2' and so on. It made me feel like a dick, but it works so well that I'll be testing this out a bit more in my fleshed out appraisal next week. Colour me surprised. 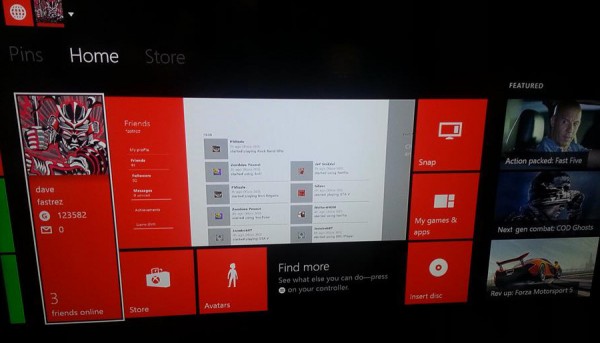 That's what it looks like, and yes, you can add me this weekend if you want. I don't bite. Much. So like I mentioned above, you can navigate all of this using voice, or thumb through it using the controller sticks. It's similar to Xbox 360 in that regard. Transferring my profile over was as quick as entering my Windows ID. My gamerscore, avatar and gamerpic moved across in less than a minute. The activity feed is your marquee option however, and it acts like Twitter.

Basically you can look down the list to see which of your friends are playing what, who just earned an achievement, and I'm guessing this is where shared images and footage goes once it's uploaded. The feature wasn't live when I tried it, so again, this will be discussed in my article next week.

The achievements menu has had an overhaul, and there were even some of those collective, time-based awards active when I logged in yesterday. The two on offer were for FIFA 14: play five online matches (expires in ten days), and Madden NFL 25: complete a game of football during the two week period after launch (expires in 16 days). I quite like the idea of new and rotating achievements. Here's a photo: 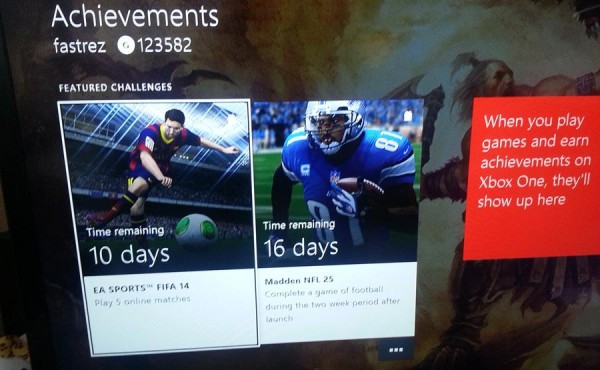 Note that the screen's background is Diablo 3 Xbox 360 as it was the last game I had played at the time. It's a neat touch. Here's how the achievement screen looks for Call of Duty: Ghosts current-gen: 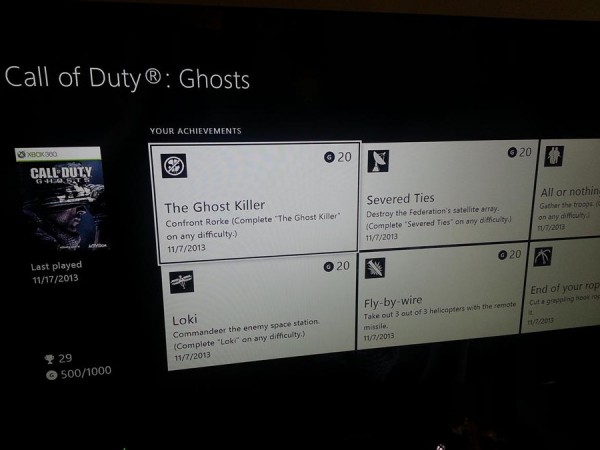 Now I'm actually going to play some bloody games. First up is Dead Rising 3, and you can get my impressions on Capcom Vancouver's zombie romp this Thursday. Just a heads-up as well, I was able to play the game when it was about 43% installed, so you needn't wait for the whole thing to load up before diving in.

Anyway, be sure to check back here to see more critic's reviews as we add them, and our Xbox One game coverage as it transpires.

Meanwhile, what do you make of the Xbox One so far?

Disclosure: To assist in writing the waffle above, Microsoft sent Dave a debug Xbox One console.