The commercial menace that is Black Friday may be looming on the horizon but that hasn’t stopped Amazon putting up a handful of great value Xbox One bundles early.

For the cheapest Xbox One of the lot, you’ll want to go for this Xbox One S 1TB with The Division 2 for $244.95. You’ll also get a one month free trial to both Xbox Live Gold and Xbox Game Pass with this bundle. 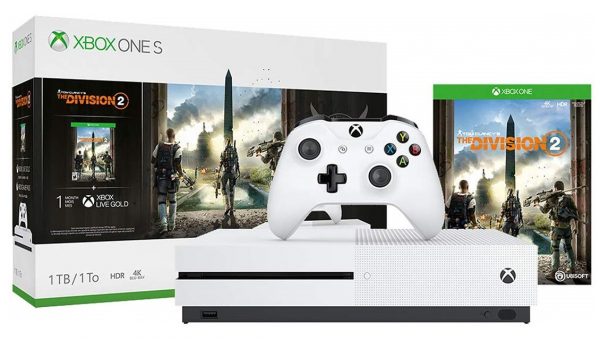 That’s not the only Xbox One S up for grabs, though. You can go for either of the below options, too. Sadly, you won’t be getting quite as good a price but they do come with more recent games. The Gears 5 one, in particular, also includes digital codes for all previous entries in the series.

If you want to plump for the more powerful version of Microsoft’s console, you can get an Xbox One X 1TB with The Division 2 for $399.99. That’s the cheapest this particular bundle has ever been. You’ll usually be expected to pay that sort of price for the console alone!

As with the S consoles, you can also swap out the games in the Xbox One X bundle with NBA 2K20 or Gears 5 again. An important point: that’s the Gears 5 Limited Edition Bundle below. It comes with Crimson Omen design, a Kait Diaz controller, a copy of Gears 5 and codes for all other Gears of War games.

Some pretty solid bundle options there, then. If you’re desperate to pick one up now these are right up there with some of the best Xbox One bundles currently available. At least until Black Friday! 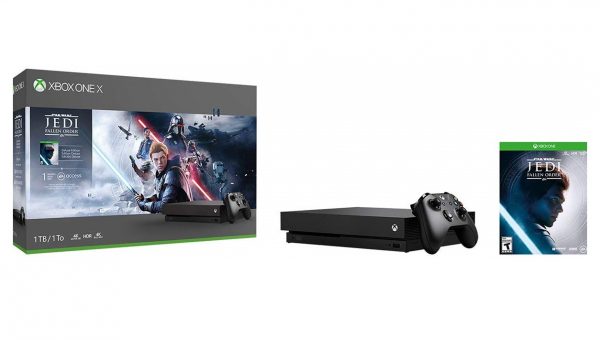 Even before then, Amazon is already taking pre-orders on the Xbox One S and Xbox One X Star Wars Jedi: Fallen Order Bundles. These are scheduled for release on 15th November.

To keep up to date with all the best gaming offers until then you can give us a follow at Jelly Deals. We’ve got pages dedicated to bringing you the best Xbox Game Pass Ultimate deal, the best Xbox One external hard drives and the best price for Destiny 2: Shadowkeep.