Xbox One has now come out of its pre-release state and is fully online. VG247's Dave Cook recounts his experience with the console's first 24-hours since launch. 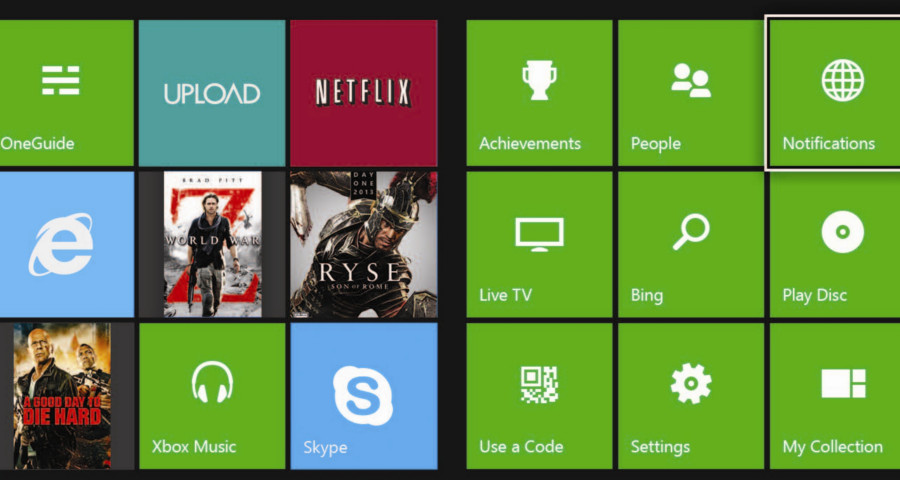 Xbox One global launch in pictures

I've been playing Xbox One at home for a week now, and while I gave my initial impressions and unboxing thoughts here, the console wasn't entirely 'market-ready.' The store wasn't fully turned on, the adverts were missing and many apps simple weren't there. But now that the console is out, I've been able to give a fairer appraisal of what it can do.

So, just like Phil did with his PS4 in the States, I've decided to give you a deeper and more accurate portrayal of what it's like to use and experience Xbox One in the comfort of your own home, and out of a press event environment.

The unit itself chunky but light, coming in at about about a quarter wider than PS4. The bodywork consists mostly of cooling vents, which is a positive step towards eliminating any potential heat sink issues. I've read a few reports that suggest Xbox One is a loud machine, but it really isn't that bad. It makes more noise when installing games or streaming high volumes of data from discs sure, but otherwise it's nothing out of the ordinary. You'll barely notice it over the sound of your games, that's for sure.

The Xbox One boots up quick, and is a vast improvement from the increasingly slow process used on Xbox 360. On the old machine, it now takes me over a minute to log-in thanks to all the licenses tethered to my account, but with Xbox One, I'm logged in and ready to go on the dash within moments. If you set up Kinect facial recognition, you will log-in to your account automatically. It really does work. I even get a little 'Hello Dave!' message when the interface loads too.

The interface is influenced by Windows 8's tile-based design, and you are free to customise the colour of your home panels. I've gone for a firebrand red colour, which also appears on my achievement and message pop-ups. The UI layout can also be re-arranged slightly using Pins. If you hover over an app, game or tile on the dash, you can then hit the menu button (the one that used to be 'Start' on Xbox 360) to bring up a secondary menu. From there you can select 'Pin to Home' to move your favourite apps, games or menus to your personalised Pins page. Consider it your bookmark or shortcut view, if you will.

Apps weren't available in full last week, but now I've since downloaded Netflix and pinned it to my personalised menu. It runs just as it did on Xbox 360, except now it boots up a hell of a lot quicker, and with a more 'Xbox-friendly' presentation that follows the Windows 8 model. I've also downloaded YouTube, Twitch and Skype, but Hulu Plus, FOX Now, SkyDrive, Uplay, Xbox Music, Xbox Video and Machinima were also available. I would absolutely love a Spotify app, but don't see it happening.

Opening apps and games is interesting. I was a bit puzzled as to how menus stack once they're opened, but now I understand that it follows a smartphone approach. For example, say you open your Achievement history, Skype and Killer Instinct in that order. They'll each stack in the dashboard's main activity panel. They'll remain open until you close them. It's just like multi-tasking on your mobile. In this case I'd simply hover over Killer Instinct in the activity panel, press 'menu', and hit quit. Now Skype would appear in my activity panel. Once that's closed the panel would then display my achievements feed and so on.

The 'Games and Apps' tile is perhaps your most common port of call. It shows your friend list activity in an almost Twitter format. It's just a long list of people logging into games, unlocking achievements, sharing gameplay clips and more. The friends list is now capped at 1000 gamertags. You may think that's a stupidly high amount, but considering you can now have followers, instead of friends, it makes perfect sense. Friends are people you add to play games and converse with. Followers simply follow your activity and videos. So if you're a YouTube personality who wants fans to watch your clips, this is an ideal format. 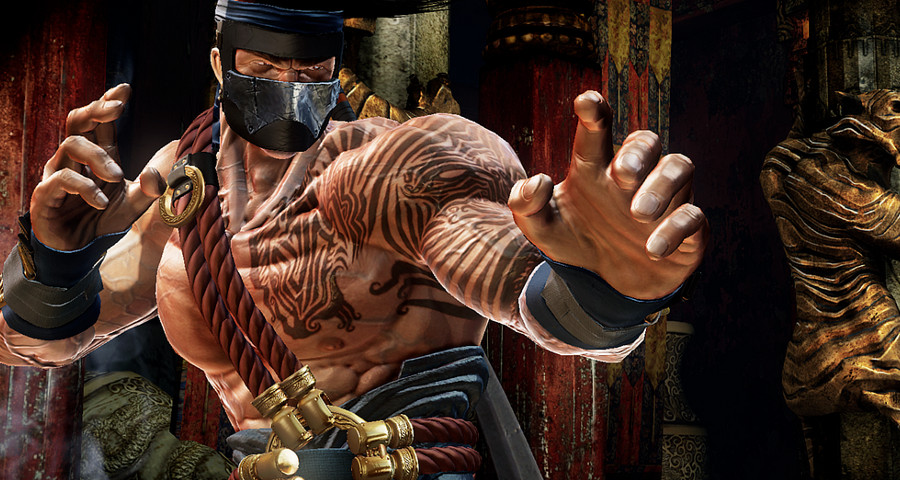 On that note, I went into Killer Instinct to try out some net play. I have to admit, I really do like this game so far. It's got one of the best tutorials in a fighting game I've ever experienced. It teaches you about cross-over attacks, frames, cool-down, punish chances and more. It absolutely appeals to both newcomers and seasoned fighters alike. So I hopped into my first ranked match and wiped the floor with a fireball spammer. I felt good about it so I shouted "Xbox, record that" at my Kinect sensor to capture and save the footage.

Clips recorded using this Kinect method are always 30 seconds, but you can capture for five minutes using the manual tool in snap or within the menu button. Clips can then be tweaked and trimmed in the free Upload Editor app, found within the store. So I downloaded it. Using the tool, you can add voice-over commentary, channel skins, or live-action footage using Kinect. I recorded a little commentated clip of my first victory and uploaded it to Xbox One no problem. The audio is a bit fuzzy in the preview pane, but the video is decent enough given how quick the process is.

Once I was happy, I rendered the video and uploaded it to my profile and activity feed for the world to see, not that anyone gave a shit to about my piddling victory, but still, it works fine. I would like the video titles to be a little longer though. Kinect itself is a neat tool now. It picks up my Scottish accent perfectly where the previous sensor did not. You can also use it to navigate menus quicker. You simply start by saying Xbox, and then follow up with key phrases or commands.

So let's say I'm on the dash and I say 'Xbox.' Everything I can interact with using my voice is then highlighted in green. I could say 'Xbox, go to Achievements,' to go to my cheevo thread, or 'Xbox go to Netflix,' to watch a movie. It's fine, but even after a week I feel like a plum talking to my telly. Speaking of telly, you can of course, run your TV cable box through your Xbox One's HDMI in port and snap it to the side of your gameplay, then flick between the two at will. I didn't try it though as disturbing the balance of wires and connections behind my TV would be like opening the Ark of the Covenant.

I also took in some Forza 5. I've been playing this a lot recently, and you can check out my full appraisal blog tomorrow. There were already Drivatars online when I started my career last week, and even then I found them to be a tad irritating. Yes, they do make human errors and make you feel as if you're racing actual infallible people, but the system is also prone to wreckless driving and troll techniques. I was shunted off the road a few times while cornering to the racing line perfectly, and I saw a lot of corner-cutting. Turn10 has always said that this system will take time to calibrate and mature, so I'll keep an eye on it. 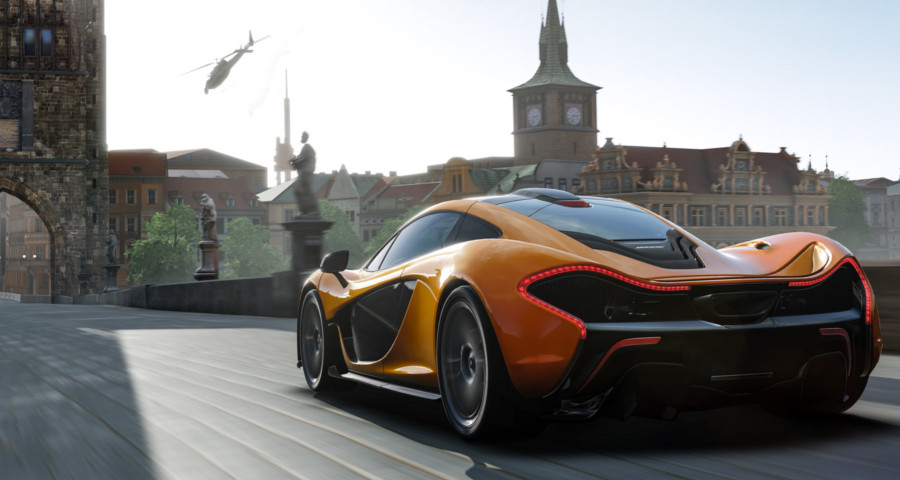 The game itself is lovely to look at, a true technical show-piece, but it feels like it was made for microtransactions. You can grind the same 14 tracks over and over to earn enough cash to buy the ludicrously priced high-end rides, or simply pay for them with real money credits. There are also paid XP boosters and the like. Forza 5 is a great game, but I'm not so sure about the pared back track list and monetisation efforts. I'm not a serious enough racing fan to dip a hand into my wallet, but I get the feeling others will.

One thing I've noticed so far with Xbox One is that the installations take a fair old while. Dead Rising was playable at 43%, while Call of Duty: Ghosts activated at 50% on the nose. I left Forza and Killer Instinct install completely before starting them. This isn't a sly dig or anything like that because I am sincerely enjoying my Xbox One experience, but I was able to play Killzone: Shadow Fall mere minutes after installation began. It sees you have to wait a bit longer before jumping in on Microsoft's console. It's fine, I'm not that impatient. It's just an observation and nothing more.

So there isn't a massive selection of games in the Xbox One store, and I still haven't figured out how to change my profile bio from the dash, I'm definitely enjoying my time with the console so far. I think whatever fears people had of Microsoft not knowing what it was doing have largely been put to bed. I'm yet to play a Kinect-only game, so I may do another appraisal on the sensor once Kinect Sports: Rivals drops. I also haven't started Ryse yet because of how insane last week was. Dead Rising 3 however, has proven to be my favourite next-gen title so far. Find out why through the link.

In the meantime though, let us know what you make of Xbox One so far, and if you have a question about the console, just ask it below.