Ready your wallet folks, because this week’s Xbox Live Deals with Gold are live.

Microsoft has plenty on sale this week for both Xbox Live Gold subscribers and those with only a Silver membership.

Xbox Deals with Gold this week include Ghost Recon Wildlands for 60% off, and the Gold Edition is 67% off.

If you played Ghost Recon Wildlands during the free weekend and plan on purchasing it today, don’t forget your save progress will carry over.

Skyrim Special Edition was also free to play last weekend. It was 50% off for everyone during the period, but the deal is only available to Xbox Live Gold members this week.

A Spotlight Sale is also live this week, which means the deals included are open to all regardless of Xbox Live status.

Highlights include: Dead by Daylight Special Edition for 50% off; Tomb Raider: Definitive Edition at 85% off; Outbreak is 40% off; Outlast 2 is 67% off; and Rise of the Tomb Raider: 20 Year Celebration can be had for 70% off.

All Xbox 360 deals this week are backwards compatible for Xbox One, save for Alien Breed 3: Descent.

Discounts will expire on Tuesday, April 24 at 6am EDT, 11am BST. 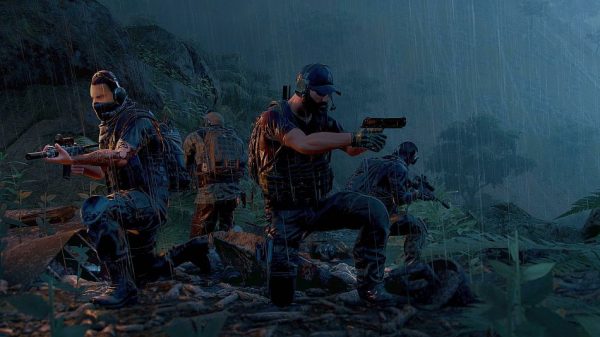 Xbox One Deals with Gold