Xbox Game Pass works a treat on mobile - and with the Razer Kishi, the experience feels a lot like playing a Nintendo Switch in handheld mode - but a little bit better.

Just a month ago, I wrote about how "playing Xbox Game Pass through xCloud feels like a next-generation experience" - and since then, game pass on mobile has become a regular staple of my video game diet. I've done a few more play-throughs of Streets of Rage 4, played a shed load of Halo, and rekindled a love for Forza Horizon 4 while finally getting around to digging into that game's Lego-themed expansion, something which is a solid combination of my interests.

Through all this rigorous usage, the most impressive thing about this service remains the fact that it just works. It's true that since the cloud-based version of Game Pass went live to a wider audience I've experienced a tad more slowdown, occasionally seeing that feared little icon in the corner that indicates you're having connection trouble and might experience some slowdown.

Even then that has been few and far between, however, and since I last wrote about it my game pass mobile experience has been enhanced in other ways, like in just getting into the routine of saving and closing games down so you can then sync your saves back up for local play on an Xbox or PC. The whole service just feels enormously convenient and easy.

The biggest enhancement since my last report comes in the control department, however. Before I was using a regular Xbox One controller and a cheap phone clip that I picked up off Amazon for under a tenner. That's a bargain basement way to experience Xbox's cloud gaming service, but I've now upgraded to something a little more Nintendo Switch-like - the Razer Kishi. 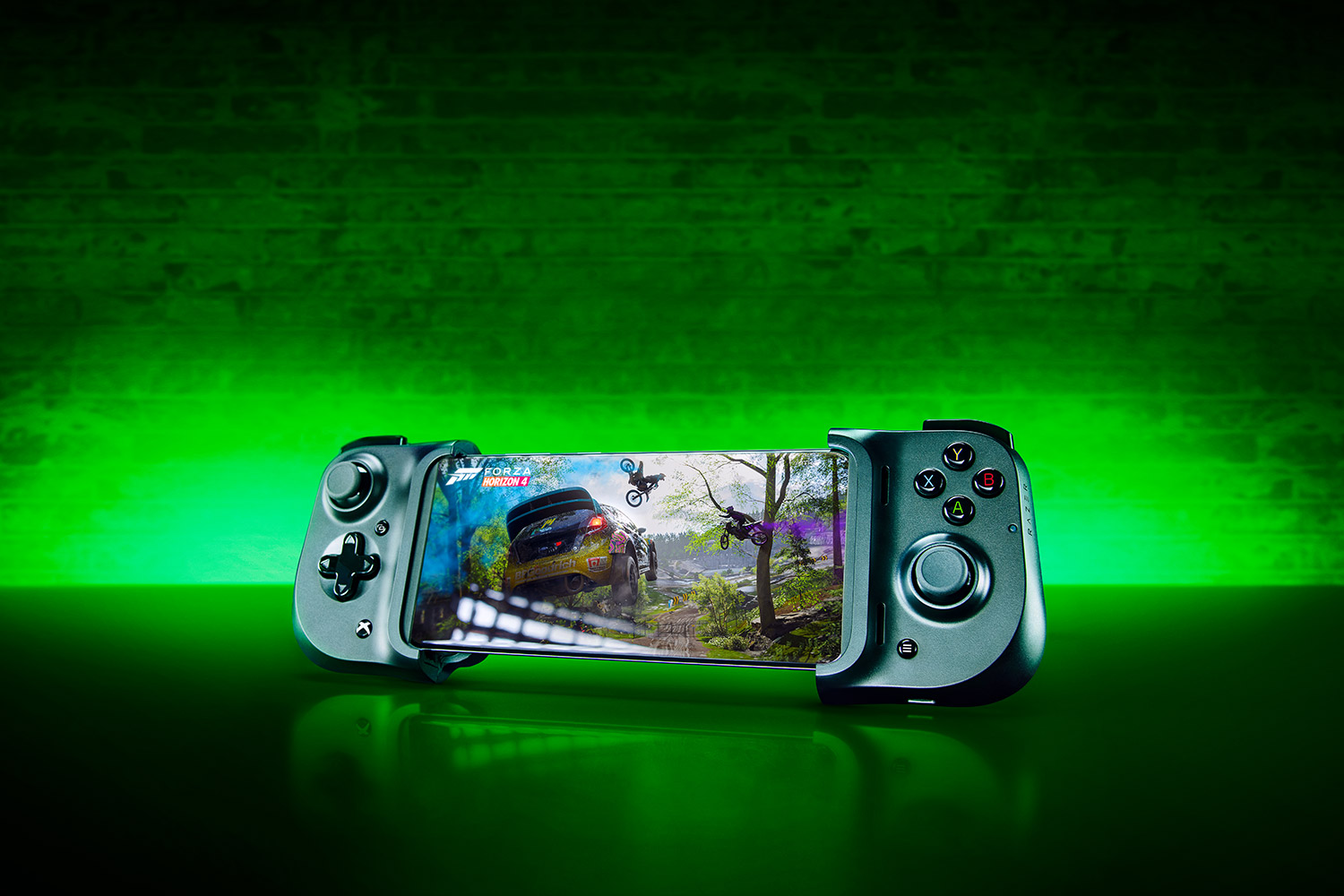 You've probably seen this thing in a lot of the Xbox Game Pass trailers. The Kishi isn't cheap, clocking in at $99/£79 - but the advantages it has over simple clips are obvious.

It's a high-end piece of kit that collapses into a nice small form factor that can be tossed in a bag. It has high-end buttons that are Xbox-licensed and so features all the correct iconography. The thumbsticks are clickable and the triggers smooth, which isn't always a guarantee on a mobile controller.

It's comfortable in the hand and features a USB-C port that passes through to your phone, meaning you can charge and play at the same time if necessary. It isn't bluetooth, but the fact that it hard-connects to your phone does mean your choice of controller can't contribute to input lag - and in a cloud streaming situation, reducing any potential causes of lag is vital. But perhaps best of all is that the Kishi gifts the tried-and-true form factor of the Switch to your phone.

It's pretty simple, all told. The Kishi unfolds into two largely separate but vaguely-attached halves, then your phone slides into the middle. One side has a USB-C port that lets the controller communicate with your phone and hold it in place, while the other side has nice, rubbery grips to hold the phone firm.

The elastic, stretchy design of the Kishi means that it pulls tight around your phone no matter its size. I did tests with a Google Pixel 4, and in this format it altogether felt like one decently solid device. Because the left grip isn't directly plugged into the phone there's a tiny bit of flex there, but nothing that would prove a problem while playing. There's both Android and iOS variants of the controller, by the way, but only the former is really relevant right now because of the ongoing battles around games services on Apple devices. 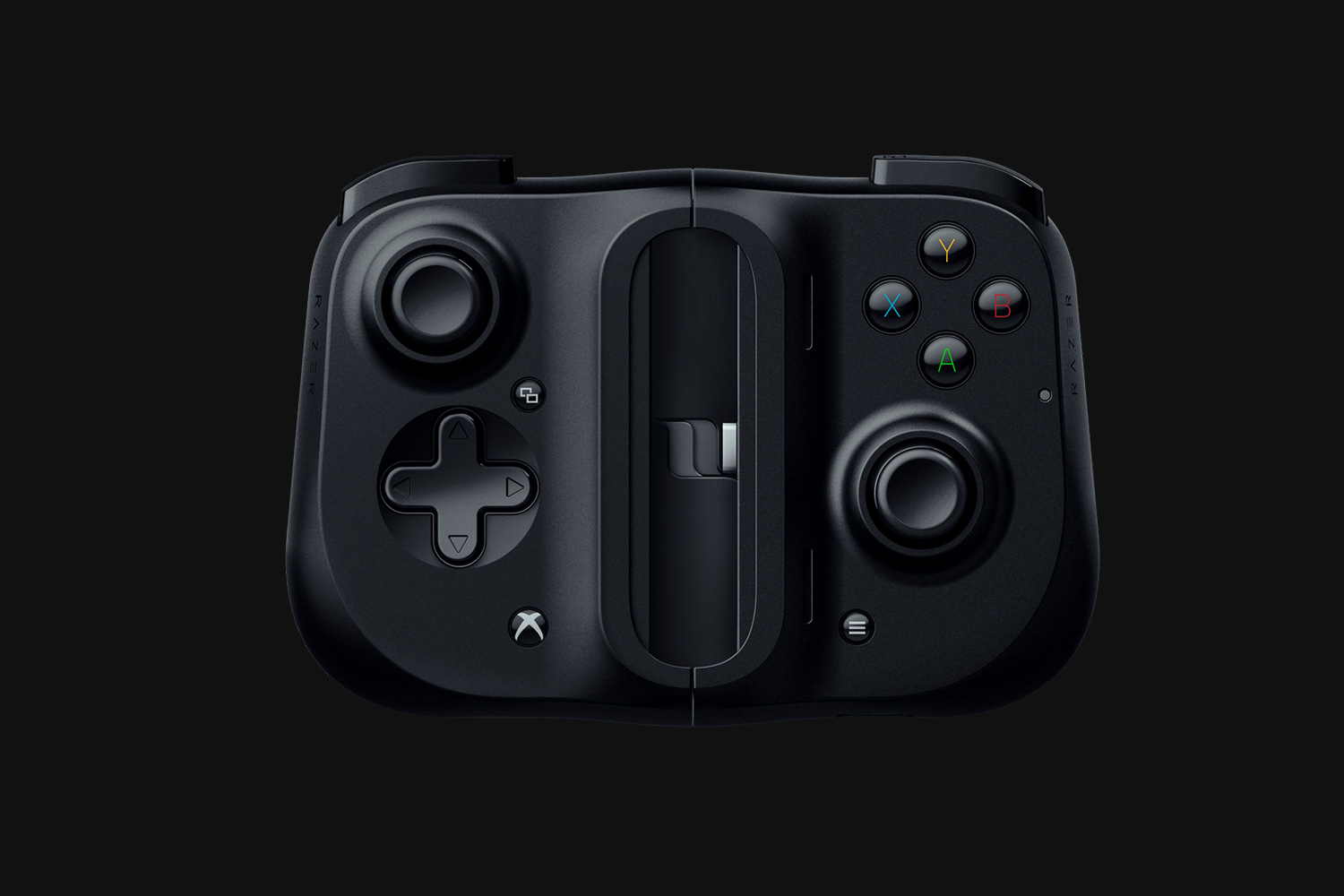 With the phone docked into the Kishi and a strong enough 4G, 5G or wi-fi connection, Xbox Game Pass on my phone begins to resemble the Nintendo Switch in more than a few ways - except with a strong enough connection you're getting better-looking games, often on a higher-resolution screen. The catch, of course, is that you need that connection strength and you don't get Nintendo's stunning, must-have first-party games.

Obviously the connection caveat is a big one, and for some people in some places this service just might not be viable right now. But as 5G continues to roll out and as Microsoft recruits more games to Game Pass, the future looks bright for this as a Switch alternative and even for Switch owners as a way to play those bigger games that don't make it to Nintendo's platform when you don't have access to an Xbox.

Crucially, this is mobile gaming that can't be mocked for somehow being lesser or weaker. It's the real deal, just in a smaller form-factor. This is something only previously truly nailed by Nintendo's handhelds, and briefly by Sony with the PSP.

In the wake of the announcement that Microsoft was to buy Bethesda, owners of beloved franchises like The Elder Scrolls, Fallout and Doom, many gamers were rightly concerned about the future of some of their favorite games on their platform of choice. Will Starfield be on PS5? What about the inevitable Fallout 5? Non-Xbox players are more nervous still by Microsoft's assertion that the platforms a game will be released on will be decided on a "case-by-case basis" and will also consider further developer acquisitions. These things could hurt if you've decided to plump for a PS5.

But here's the thing. With Xbox Game Pass and the streaming service that was previously known as xCloud, even if Microsoft holds these games back from PlayStation the cost of entry has never been lower. Never mind the already cheap Series S - if this service continues to grow and maintains its current quality, you could very well comfortably play the next Wolfenstein on your phone with a Kishi, or even with your phone, a clip and a PS5 pad. That's impressive - and remains one of the most interesting and exciting pieces of the next generation.