Seven games will be added to Xbox Games Pass next week.

The November update to Xbox Game Pass will include seven titles such as Metal Gear Solid 5: The Phantom Pain, Oddworld: New ‘n’ Tasty and others.

Last week, the Xbox Fall Update went live with a new feature for Xbox Game Pass users. As part of the update, the Xbox One Home now allows members to pin the Xbox Game Pass block to the Home screen. This will provide faster access. 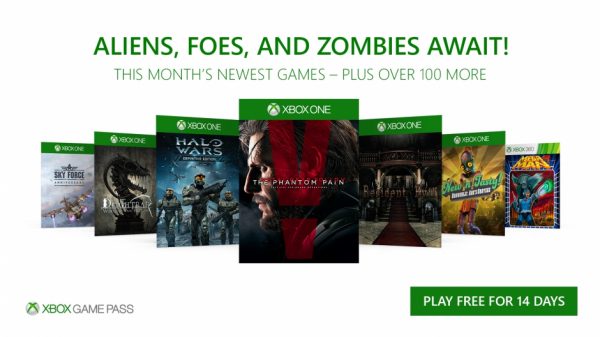 Without further ado, here are the games coming to Xbox Game Pass next week on November 1:

Xbox Game Pass boasts over 100 games and costs $9.99 monthly and you can try it free for 14 days. New titles are added on a monthly basis.