Game Pass is on a roll and Bethesda is part of team Xbox, but we're still waiting for signs of the next generation of games.

There's no denying that it's been a great week to be an Xbox owner. Following Microsoft's acquisition of ZeniMax, which brings all of Bethesda's games and studios to Xbox, we got a load of Bethesda games on Xbox Game Pass. Days later Microsoft announced that Square Enix's promising shooter Outriders would be arriving on Xbox Game Pass (console and Cloud) on the day it releases, a bunch of Bethesda titles were given 60fps support on Series X|S, and we got news of another wave of Game Pass titles which includes Octopath Traveller, Undertale, and more. That is a lot of cool stuff.

While I absolutely believe that the future of Xbox is looking great (Bethesda studios are the icing on an already scrumptious looking internal studios cake), the Xbox Series X was revealed in December 2019. In the 461 days since then I can't think of a single demonstration of the console's next-gen capabilities from Microsoft itself that we can point to and go, "that's what proper next-gen games on this machine will look like." Am I missing something, or is that really, really odd?

I've noticed I still refer to the Xbox Series X|S (and the PS5) as next-gen. They are both current-gen consoles that have been on sale for months, but it still seems like we're waiting for this generation to launch. There's always this sense of a slow build at the launch of a new console generation, but this one, especially for Xbox, feels far worse than we've had in the past.

This negativity feels harsh given that I think in pretty much all other areas of the business Xbox is killing it. As I've said multiple times in the past, I am aware that the global pandemic has affected development and I do not want teams to crunch just so I, a gamer, can play games a few months sooner. However, as Series X is said to be the most powerful games console of all time, I don't think it's too much to ask for a glimpse of what that really means. 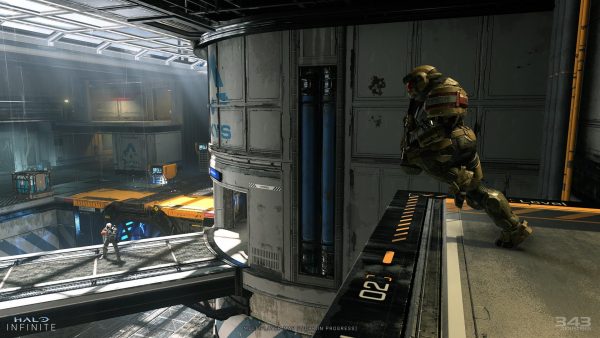 Sony isn't problem-free at the moment, either of course, with its games suffering delays, but we've seen a good selection of what's coming and we've got actual dates for a number of them, including the gorgeous looking Ratchet and Clank: Rift Apart and what will hopefully be a surprise hit in Returnal. Xbox Series consoles have lived on some solid third-party releases, Game Pass titles, and neat upgrades to older games. Sony is the only platform holder showing what next-gen looks like.

Every time an Xbox or Microsoft event is rumored the fanbase waits in feverish anticipation of what will be shown. No doubt there will be huge expectations on the next showcase or event, but I've come to expect nothing so everything is a bonus. Given the delays of games that had solid release windows, I'm just not holding my breath for big new games any time soon. I hope I'm wrong. I think it would do wonders for Xbox to show off some stone-cold jaw-droppers in the coming months.

Fast forward a year and the story will likely be very different. By then we can hope to be somewhat free of Covid's grip, Microsoft's investments in studios will be delivering, and we can focus on how good those games are instead of wondering where they are. My feeling is that Halo Infinite is going to be huge for Xbox this holiday season, and my fingers are crossed for it launching a steady stream of next-gen delights that will be loved by Game Pass subscribers and tempt newcomers to join the Xbox club.