Plus the game will have the largest roster to date. 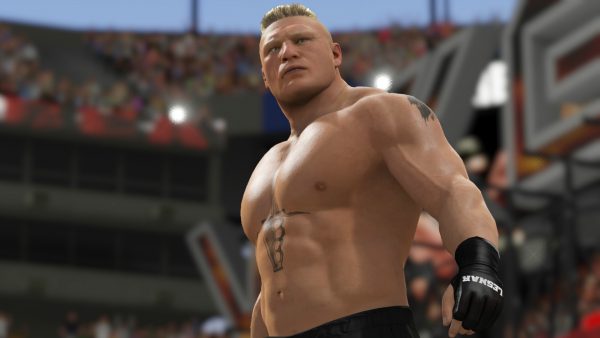 WWE 2K17 is going to be somewhat different to the previous titles in the series, as 2K Games detail the changes in store for the new title.

"One of the largest and most difficult decisions we made for WWE 2K17 was to forego building a 2K Showcase," executive producer Mark Little wrote in a recent update. "In all, we didn’t feel good about creating a Showcase that was not up to our standards and current development vision, so we decided to take that effort and put it into modes our community requests we keep improving: WWE Universe and MyCareer."

The Universe mode aims to recreate the drama of the weekly shows, so that "players feel like they are playing through a weekly episode of any WWE television or WWE Network program." They've also thrown in pre- and post-match attacks and run-ins, to increase the TV show vibe.

MyCareer features the new Promo Engine that will have wrestlers calling out or responding to other "WWE Superstars," while backstage brawl gameplay adds to the atmosphere.

Lastly, there has been some clarification on the roster. While it seemed that we'd see up to 150 wrestlers, 2K hopped over to the forums to say that, "The 150 number was part of early development coding on our interactive map and is not representative of the final roster list. However, we can ensure the WWE 2K17 roster will be the largest to date and encourage you to continue checking out official roster reveals each week – as part of the Suplex City Census – on IGN."