Battle for Azeroth, the seventh expansion for World of Warcraft, will be released in August.

Blizzard has announced an August 14 release date for World of Warcraft: Battle for Azeroth.

As previously reported, all editions of the game will come with a level-110 character boost to use immediately when pre-purchased.

In addition, those who pre-purchase can recruit the first four of the expansion’s new Allied Races, including the Lightforged draenei on the Alliance side and Horde players can recruit the Nightborne.

It will contain items included in the Digital Deluxe Edition along with the following: 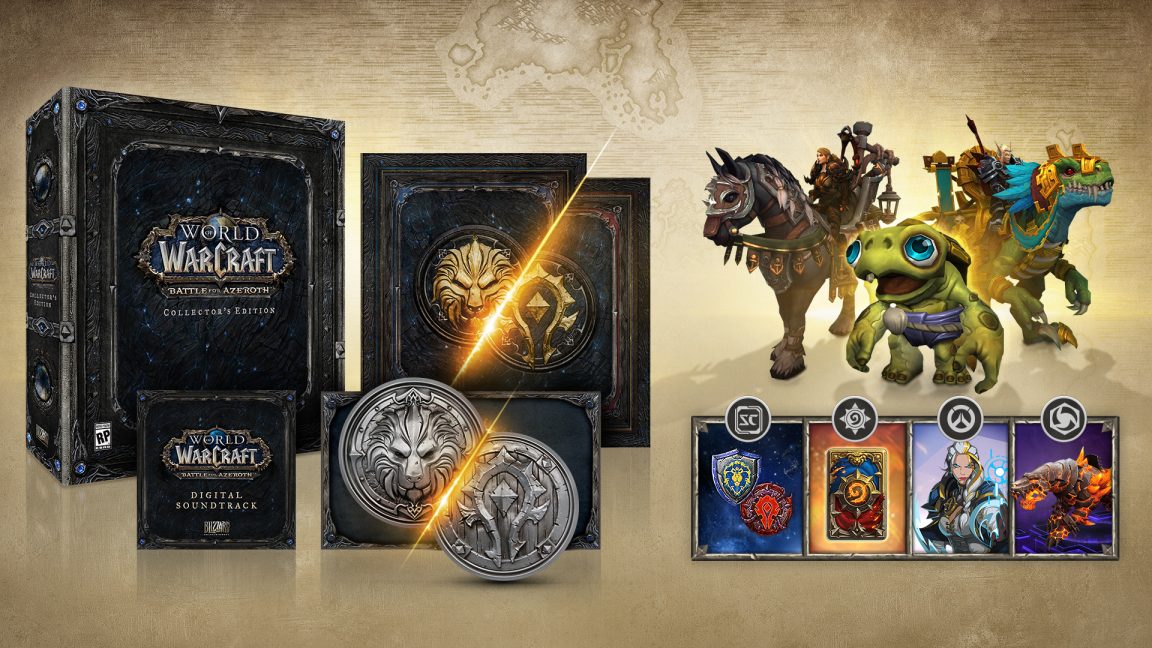 World of Warcraft: Battle for Azeroth Collector’s Edition is available for pre-order now and will run you $99.99 or the regional equivalent .

Players who have already pre-purchased a digital edition of the expansion and wish to upgrade to the Collector’s Edition at launch will have their Blizzard Balance credited with the original purchase amount. Players will need to redeem their Collector’s Edition key before December 31, 2018 in order to receive the credit.

Those who pre-purchase Battle for Azeroth digitally through the Blizzard Shop will receive the current expansion, Legion for free. This bundle also includes a level-110 character boost.

New screenshots are posted in the galley below.