Patch 7.1.5 is coming next week to World of Warcraft, and as previously reported, you can expect class updates, a new season for the Brawler’s Guild and some micro-holiday fun.

While patch notes aren't available just yet, you can expect those to drop sometime before the update for World of Warcraft releases next week on January 10.

The first micro-holiday players will be able to participate in is Call of the Scarab. It takes place January 21-23 and commemorates the first ringing of the Scarab Gong on January 23, 2006.

According to the blog post, players will be able to "relive a portion of the Ahn’Qiraj gate opening" by collecting items for turn-in. The winning faction will be awarded the right to hang its faction flag over the gates until the event returns next year.

These micro-holidays will last between one and two days and run through August. You can have a look at the current calendar of events through the link posted in the paragraph above. Blizzard said it will add more beyond this patch.

Six Mists of Pandaria dungeons are also being added to the Timewalking cycle with the update. These are: Temple of Jade Serpent, Stormstout Brewery, Shado-Pan Monastery, Gate of the Setting Sun, Mogu’shan Palace, and Siege of Niuzao Temple.

For players at level 91 and higher, a new Bonus Event will occur every few weeks, similar to Timewalking Bonus Events Outland, Northrend, and Cataclysm. All of the dungeons will scale to your level, so that will prove helpful.

There’s a new Timewalking Vendor called Mistweaver Xia who will exchange the player's Timewarped Badges for rewards, and for the first time, pets.

With the return of the Brawler's Guild, it's worth noting that everything has been reset. Players will be able to participate in Season 3 once they have obtained a Blood-Soaked Invitation by completing dungeons or opening an Emissary chest. The invitation unlocks the season for all characters account-wide.

Three of the challenges included in the Brawler's Guild Season 3 are shown in the respective blog post, one of which is the Overwatch-esque level reported earlier this week: Ogrewatch.

Brawler’s Gold is a new currency which has been added this season, and can be earned by winning fights or completing quests. It can be used to purchase items which can be shared with the guild. One of these new items is the Blood-Soaked Angel Figurine which puts a graveyard inside the Brawler’s Guild - which will come in handy.

Other new items which can be purchased include: a Free Drinks Voucher, Bag of Chipped Dice, a VIP Room Rental Form, and the High Roller’s Contract. Players can also purchase Rumble Cards which will allow everyone who is queued to join each other in the ring. 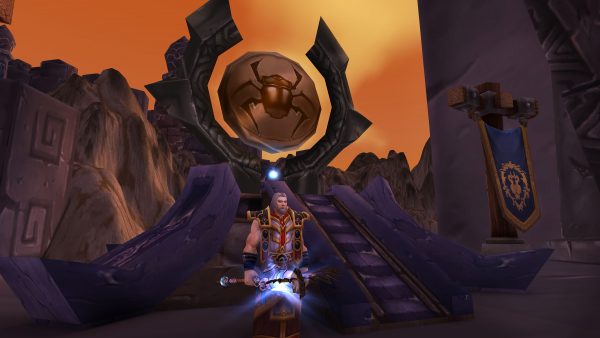 The patch also promises a cosmetic update to the Blade’s Edge Arena along with the shoutcasts feature.

You can have a look at the patch noted for update for 7.1.5 through here.

This is just a short breakdown, and more detailed information can be found through the respective links.