Wonderbook: Book of Spells is an interactive storybook for PS3 that is part of the Harry Potter universe. It also features new writing from J.K. Rowling, so kids are naturally going to go ballistic over it. Sony has just dated the game today.

PS Blog EU confirms that Book of Spells will launch November 14th in Australia, November 15th in the UK and across Ireland on November 16th.

The game will also be receiving a PS3 super slim bundle. The box set will come in two flavours - one with a 12GB console and other with a 500GB unit - Book of Spells game, Wonderbook, PlayStation Eye camera and a PlayStation Move controller. 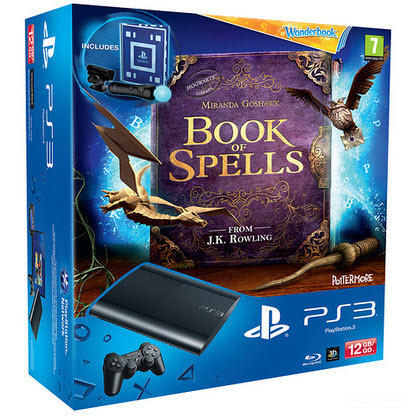 No pricing has been revealed as yet, but we'll have more shortly.