The Freedom Chronicles, the DLC episodes previously announced for Wolfenstein 2: The New Colossus, have been given release dates.

The prologue episode, Episode Zero, is currently available to Wolfenstein 2: The New Colossus players who pre-ordered the game, and to season pass holders.

Episode Zero introduces the three characters, each of whom will be starring in their own DLC story. They're Joseph Stallion, Jessica Valiant, and Gerald Wilkins.

The first episode, titled the Adventures of Gunslinger Joe, launches December 14. It takes Stallion from the ruins of Chicago, to "the vastness of space. The Diaries of Agent Silent Death follows on January 30 and it sees assassin Jessica Valiant infiltrating Nazi bunkers in California to uncover the secrets of Operation San Andreas. 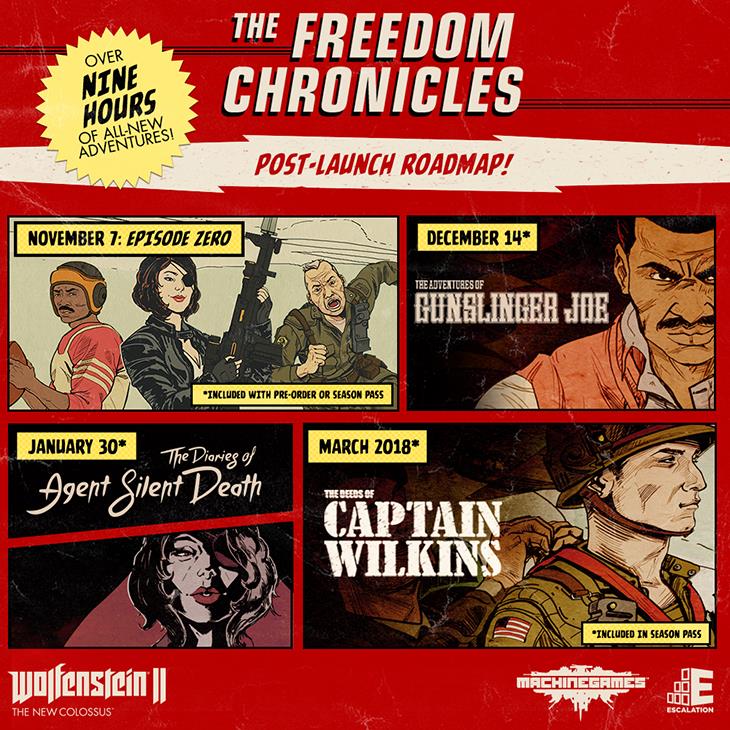 Finally, the Amazing Deeds of Captain Wilkins will be out sometime in March, 2018. Captain Gerald Wilkins is the star of this one, as he heads to Alaska to dismantle Operation Black Sun.

They're all included in the $25 / £18 season pass, but will also be available for purchase separately.