Wildman will allow players to choose between a male and female hero character, Gas Powered Games has confirmed, despite the single gender the title suggests. See her character concept in full through the break.

The Wild Woman was revealed on IndieDB but hasn't been detailed, so it's unclear whether she'll be all but aesthetically identical to her Wildman offsider. Still, either way it's nice to have the option to lead your people to glory as a butt-kicking lady, even if she's sporting an impossible cleavage millennia prior to the invention of the Wonderbra.

Wildman is being funded through Kickstarter. It doesn't look good. If it doesn't make it, Gas Powered Games will close. If it does, publishers may throw the indie developer a bone. 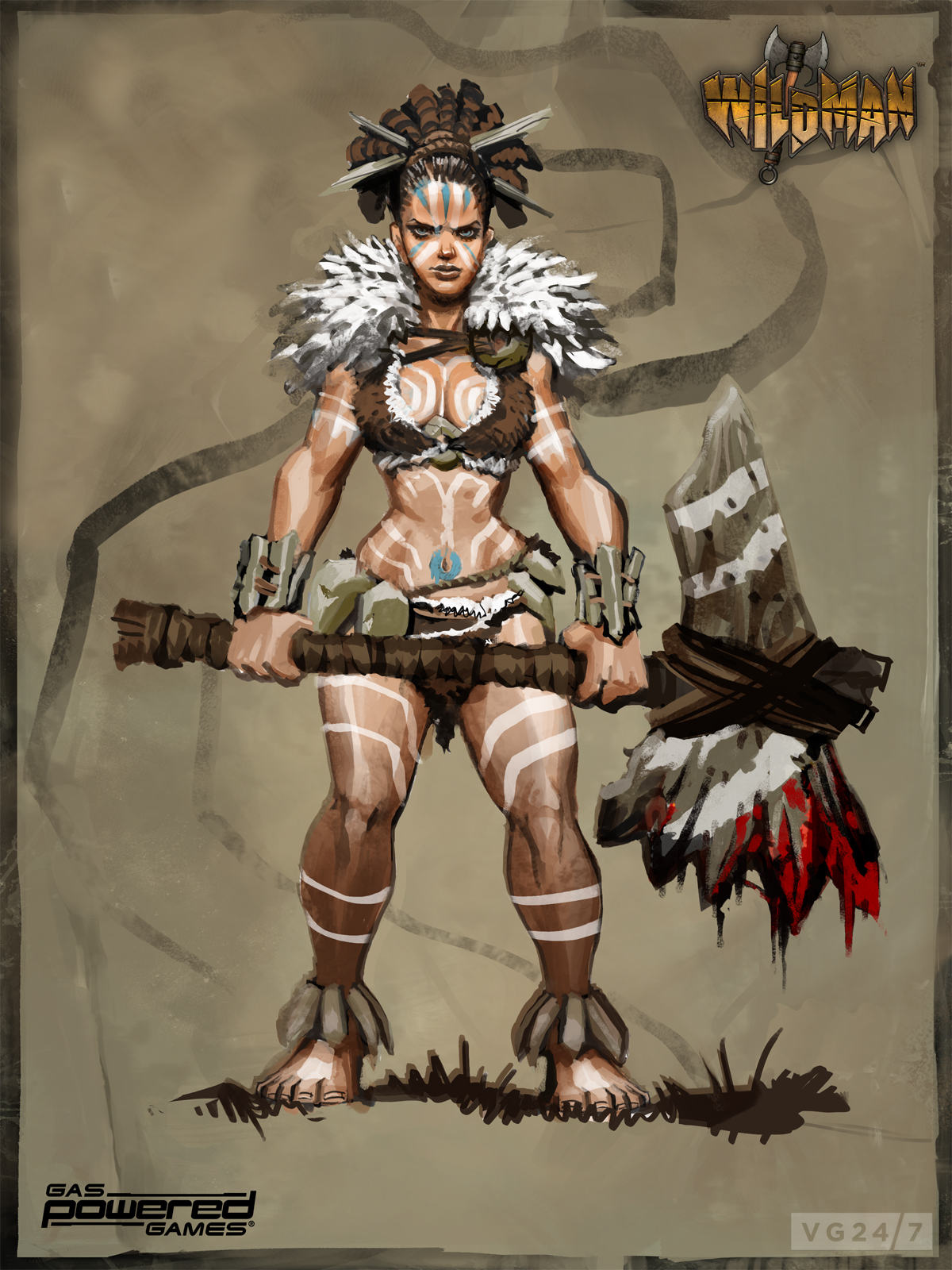