Grab yourself a bargain and get access to the Wild West Online closed alpha.

Wild West Online is an action MMO for PC that was confused for the new Red Dead when screenshots first started popping up.

That confusion worked out well for the developers, with all of the garnered attention translating to cash for their crowdfunding campaign, and they managed to secure additional funding from the game's original investors.

The game doesn't look too shabby so far, from what we've seen of the gameplay.

The good news is it won't be long before you can try it out for yourself.

612 Games has announced a closed alpha that kicks off on September 15. In the run up to the event, players can purchase Wild West Online at a significant discount. 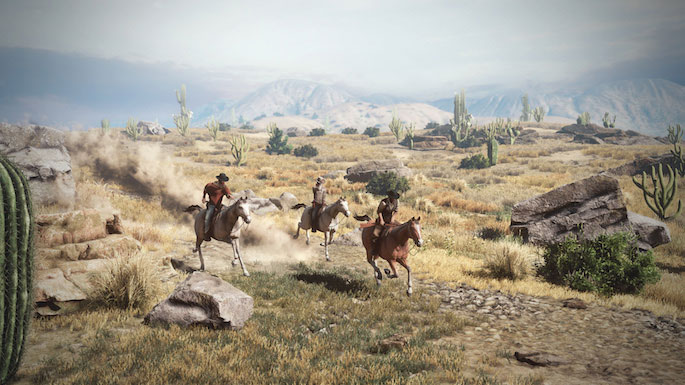 "It’s been a whirlwind since we revealed Wild West Online and everyday our fans are asking when they can jump into the game,” said Stephan Bugaj, Chief Creative Officer of 612 Games. “We’re thrilled to soon give PC gamers an initial taste of the western game that both they and ourselves have been waiting for.”

The alpha will let players explore parts of the "massive" map, run some PvE missions, engage in PvP combat, and more.

There are three editions of the game with all three offering access to the closed beta, and just two that will get you into the closed alpha.

You'll also get bonus in-game content with your order, which varies depending on which edition you opt for.

There will still be a discount during the closed alpha phase, but it won't be as generous, so if it looks like your cup of tea, you might want to take the plunge and buy it now.

You can check out the details of the three editions below.