The architect of PlayStation 4, Mark Cerny has proved instrumental in crafting Sony's next-gen console, and has consulted developers to gauge what they wanted from it.

Cerny recently discussed his career history and the creation of PS4 at the GameLab conference in Barcelona. Watch his full 'Road to PS4' presentation here.

During the Develop 2013 conference this week, Cerny discussed his latest game project Knack, and the PS4 tech powering it. Watch the session here.

Here's a new video called "20 things you didn't know about PS4', it's full of console insight and facts.

There are few figures in games development with a history as closely tied to PlayStation as Mark Cerny. Amongst a wealth of achievements he’s played vital roles in introducing us to Crash Bandicoot, Spyro, Jak & Daxter, and Nathan Drake.

It was wonderfully fitting that his new game – Knack – was the first PlayStation 4 title we ever set eyes upon. This followed his introduction as lead architect on the console. As Sony aims to bring us a golden age of gaming, there are few more qualified to lead the way.

The console’s genesis is well-known by now. In 2008 Sony began asking developers what they wanted from the next PlayStation. Cerny told me at a Sony event, “For hardware architecture we focused on the current business partners of the company. We went through the top 20-40 games and spoke to those teams.

"We didn’t stop there. We kept going on and having conversations as we developed the system software and the like. So what that means is, starting last year when dev kits became available, those conversations expanded to essentially everyone making games in the industry.”

‘Everyone’ is not an exaggeration. The PS4’s keyword is accessibility. Sony wants the system to welcome gamers and developers of every shape and size. Most prominent has been the push to entice indie developers, an approach that came too late to really impact on hardware development.

"The hardware is based on custom chips that have a tremendously long lead time,” says Cerny. “So when we were discussing with developers what these custom chips [should be] it was 2008-9 – we didn’t have the indie phenomenon you see today. So the integration of the indie community on a technology level is really recent.” 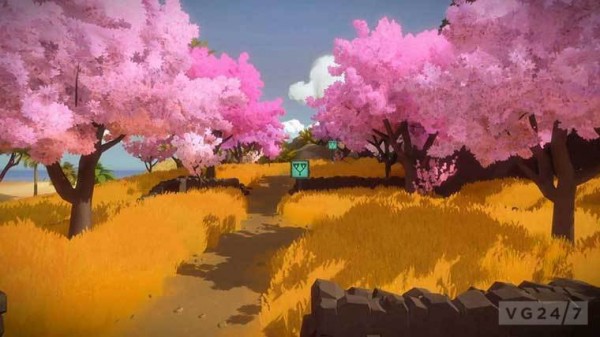 Fortunately the hardware’s focus on accessibility and familiarity made it easy to incorporate indies. Cerny always aimed to nurture creativity at any level. “We wanted the focus to be on the games that the creative directors wanted to make, rather than the minutiae of the hardware. That’s universal,” says Cerny. “That’s true whether you’re talking Destiny with their 400-strong team or you’re talking one guy doing everything. They want to focus on the creative vision.

“At the same time we have to balance that out with a rich feature set that they can use in the later years of the hardware. The hardware has to grow over time. That’s why I refer to it as a super-charged PC architecture – there’s more in it than what you find in a PC.

"There are all these customisations, such as what we did to the GPU and other parts of the system to ensure that they would really be these systems that programmers could dig into in year three or four of the console life-cycle.”

The move toward PC-like architecture has caused some to declare the redundancy of home consoles. Cerny sees some key differences that set consoles apart from PC gaming. “The developers really have a chance to study that architecture because it doesn’t change for many years,” he says. “They can learn its secrets and get progressively better performance out of it.

"Consoles also provide a stable platform. This is really important because some developers need five years to create a game. The fact that during that five year period the target hardware doesn’t change really allows them to bring titles to the world that couldn’t exist otherwise.”

Long development cycles produce new problems however, namely huge budgets that have created a risk-averse market in danger of smothering variety. Cerny looks to indie games, at the other end of the spectrum, as the answer.

“I look at this historically," he said. "PlayStation 1 was a really magical time because we had a tremendous variety of software. Really good games were made by just a few people for just a few hundred thousand dollars. So we had titles like PaRappa the Rapper at retail and it was really embraced by the game playing public.” 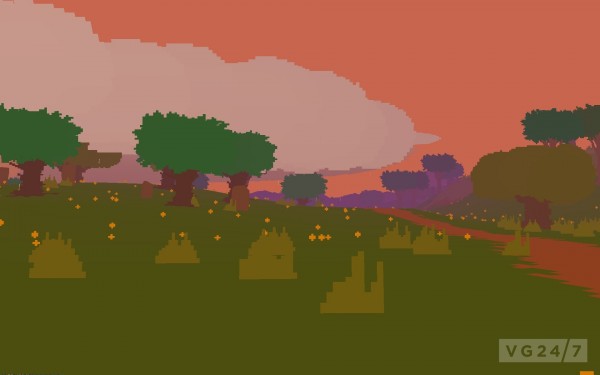 The power boost of subsequent PlayStation models amplified the scope of games, which left us with the swollen teams and budgets we see today. Cerny identifies a positive in this: a large team forces people into narrow roles where they might not be satisfied for long.

He explained, "So we’re seeing a lot of people who want to contribute more broadly and deeply who are joining small teams. There are also small teams coming from PC. As a result we’re now getting that variety of titles. Due to the very accessible nature of PS4 they’re coming to the console and they act to balance out [triple-A games]. Variety of experience is key to PlayStation 4. I think we’re going to see an incredible variety on PS4.”

Once on board, indie games will have to compete for exposure against big franchises with big marketing budgets. Cerny is keen to stress that Sony will support these games on the business end by ensuring high visibility on the PlayStation Store.

Yet Cerny believes that support from the PS4 community will be of greater importance. Some have sniffed at the console’s social aspects and Share button, but, as Cerny explains, the implications for indie games could be huge. “The community is able to elevate the visibility of titles they find compelling," he explained.

"So if you like The Witness you can post a video or say something in a feed. If you’re not sure about a game and see a friend playing it, there’s a headphone jack on the controller and you can call them up to get their opinion.”

It sounds like Cerny envisions a potted version of how indie games gain exposure now through social media. “The games community will not need someone outside to tell them what to play. They’ll figure it out amongst themselves.” The hope is that as more players support a wider variety of games, more developers will want to get involved.

DualShock 4 is more than just a controller. Its functions are vast.

The PS4 is not just about bringing more developers to the party. Alongside new experiences, Cerny wants brand new audiences.

“I started playing games in the era of the Atari 2600 – there was one button on the controller. The Dual Shock 4 has sixteen buttons, and triple-A games will use most of them. It’s not an issue for you or me because we had decades to adjust to the growing complexity of games.” For those whose only gaming experience is on a phone or tablet – particularly children – this can be a serious barrier to entry.

He continued, “I see this very large gulf between the skill-set of what those people are familiar with and what is required to play a triple-A game.” Cerny believes that PS4 can bridge that gap. This is one reason for the inclusion of a touchpad on the Dual Shock 4. “It’s a natural way to input. It’s also a way to bring someone [used to phones and tablets] into the console world.”

This philosophy extends to Cerny’s own PS4 game, Knack. On a harder difficulty it’ll provide a stiff challenge. Easy mode will accommodate console beginners. “It provides an on-ramp so that they can play a console game – very much a console game, a story-driven action/adventure – but in a manageable way.”

It is this spirit of accessibility and inclusion that Cerny believes will make PS4 the best gaming experience possible. He concluded, “We have the opportunity with PlayStation 4 to fundamentally alter the landscape of gaming. We can have the highest richness and variety of content.

"It really will be a renaissance of gaming."