Compulsion Games has shared the first details on the We Happy Few Season Pass and free post-release content.

Details on the We Happy Few Season Pass and the first DLC drop have been announced by Compulsion Games.

The first content drop will be Sandbox Mode, and it's free. It comes with infinite mode which allows players to customize the game world. They can make it larger, smaller, more dangerous, add additional Wellies, provide less food sources, and more.

Some of the rules can also be customized, one of which is the ability to play as a Wellie. 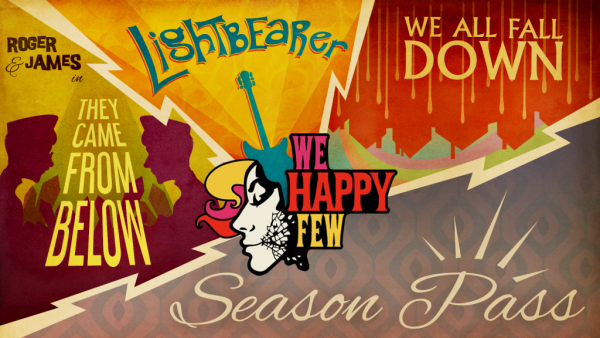 The We Happy Few Season Pass is currently only available as part of the Deluxe Edition, but will be available for purchase separately upon launch.

A release date for Sandbox Mode will be announced later.