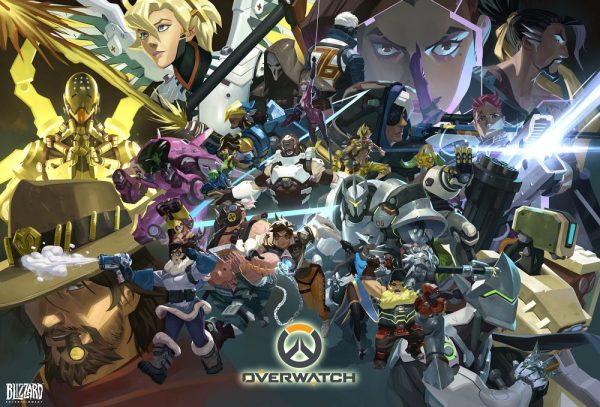 One of these is the new dance moves the anniversary update added for several of the game's heroes. Some of the dances are character-specific, inspired by real-life moves, whereas others are available to everyone. As we've seen in other games with dance emotes like Destiny, the community always comes together to use the dance moves in creative ways.

The most obvious way to do this is by trying to perform synchronised moves, and this video from DogeOfShibe has three Sombras doing just that. According to the user, this happened spontaneously in the middle of a match.

Notice how the music is actually coming through one of the player's mics, not added later.

There's an even better-produced version, set to different music and captured from different maps, and that's just one day after the new dances went live.

Did you know that if you get the timing just right, you can have a Junkrat high five a Roadhog? If you manage to sync Roadhog's default dance with Junkrat's Running Rat dance, you get to see them high five and even hear the clap. Here's Borin video showing it off.

There's plenty more out there, though a lot of them are people dancing when they suspect their multi-kill will be featured as a Play of the Game.