Stormzy makes a special cameo in Watch Dogs: Legion, so here's where to find his Fall on My Enemies mission.

You'll no doubt have seen Albion's yellow wanted posters around London, many of which show Stormzy's mugshot. He's wanted for civil disobedience and supporting the resistance. It makes sense then that he wants to make contact with DedSec with a special request in mind.

This guide contains some mid to late game spoilers, so this is your one and only spoiler warning.

Watch Dogs: Legion - How to unlock Stormzy's Fall on My Enemies mission

Stormzy's latest track, Rainfall, comes with a music video recorded in Watch Dogs: Legion, but to access it in-game, you'll need to complete a unique mission. Before you can unlock the mission, you'll need to make contact with 404 and Nowt, and complete the Skye Larson storyline.

Once Nowt has joined you in the DedSec Safehouse, she'll begin giving out missions. A few hours after you decide Skye's fate, a black and white exclamation mark will appear beside the Safehouse's location on your map. Speak with Nowt and she'll tell you she's been contacted by someone in the big leagues - your man Stormzy. 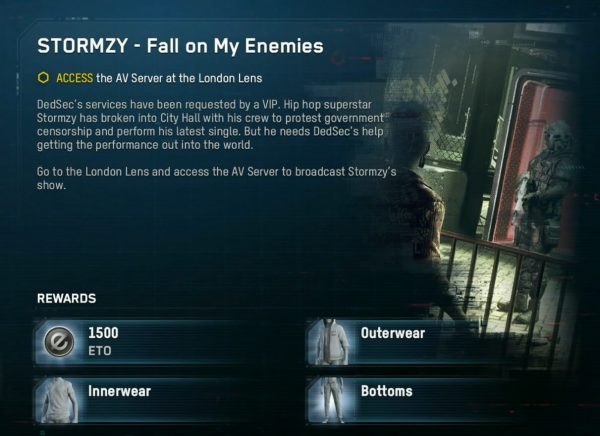 If she's just giving out regular quests, keep completing them and a few story missions, speak with her again and you'll eventually trigger the quest.

Stormzy wants you to help him broadcast his music video for Rainfall, but first, you'll need to complete a circuit puzzle to access the AV Server at the London Lens. This one is relatively straightforward - you're mostly looking rotating each segment to right angles - before unlocking the terminal. You might need to use a drone for the hard to reach ones, so just look to the skies and hijack one. 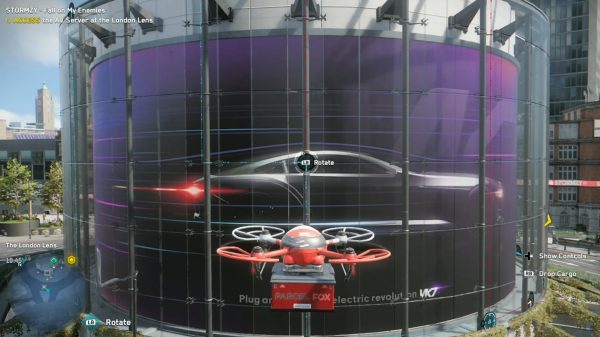 After that, you'll be piloting a drone and fighting off Albion drones who are trying to disrupt the upload. Afterwards, you can speed off to safety to complete the mission.

It takes as long as the song is to complete this part of the mission - a little over three minutes - and you'll get some ETO and new gear for your troubles. 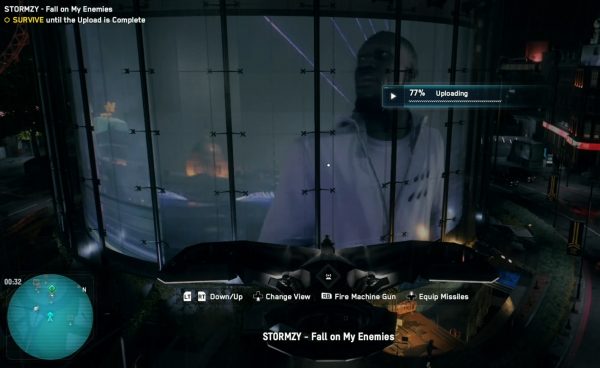 If you're just getting started with Watch Dogs: Legion, you can check out our Operative Recruitment guide here, as well as our guides on how to make a Borough Defiant, where to find Tech Points, where to find your pre-order bonuses and how to fast travel around London.