I’m infiltrating a compound as an elderly spy armed with cloaking technology and high-level martial arts. It’s the perfect heist… until it isn’t.

As a member of hacker group DedSec I’m trying to recruit an Albion Security pig to the cause - it turns out being a fascist is mentally draining and they’re looking to defect. But first I have to do something for them.

Their friend is ill and the NHS has been gutted to the point it’s almost impossible to get an appointment. This is post-Brexit London, after all. She needs her meds, and my man in the chair - an AI back at the DedSec hideout - knows where we can find some.

Once there, I hack a gate on the perimeter and choke out a guard with my fiber wire. I can see the van loaded with the meds. I creep up and hop in, using my hacking device to open a small door - one not built for vans - before squeezing it through it in reverse as bullets ping off the bodywork. A pro.

I spin the vehicle around, line up with my escape route through London’s streets, then I accelerate forwards, veer slightly left, hit an explosive, and go up in a ball of flames. An idiot.

Luckily, DedSec isn’t one person - it’s a group, an idea. There are more recruits waiting back at base while my spy heals at the (presumably private) hospital - a process I could speed up if I had bothered to recruit a physician. Instead I have Barbara. 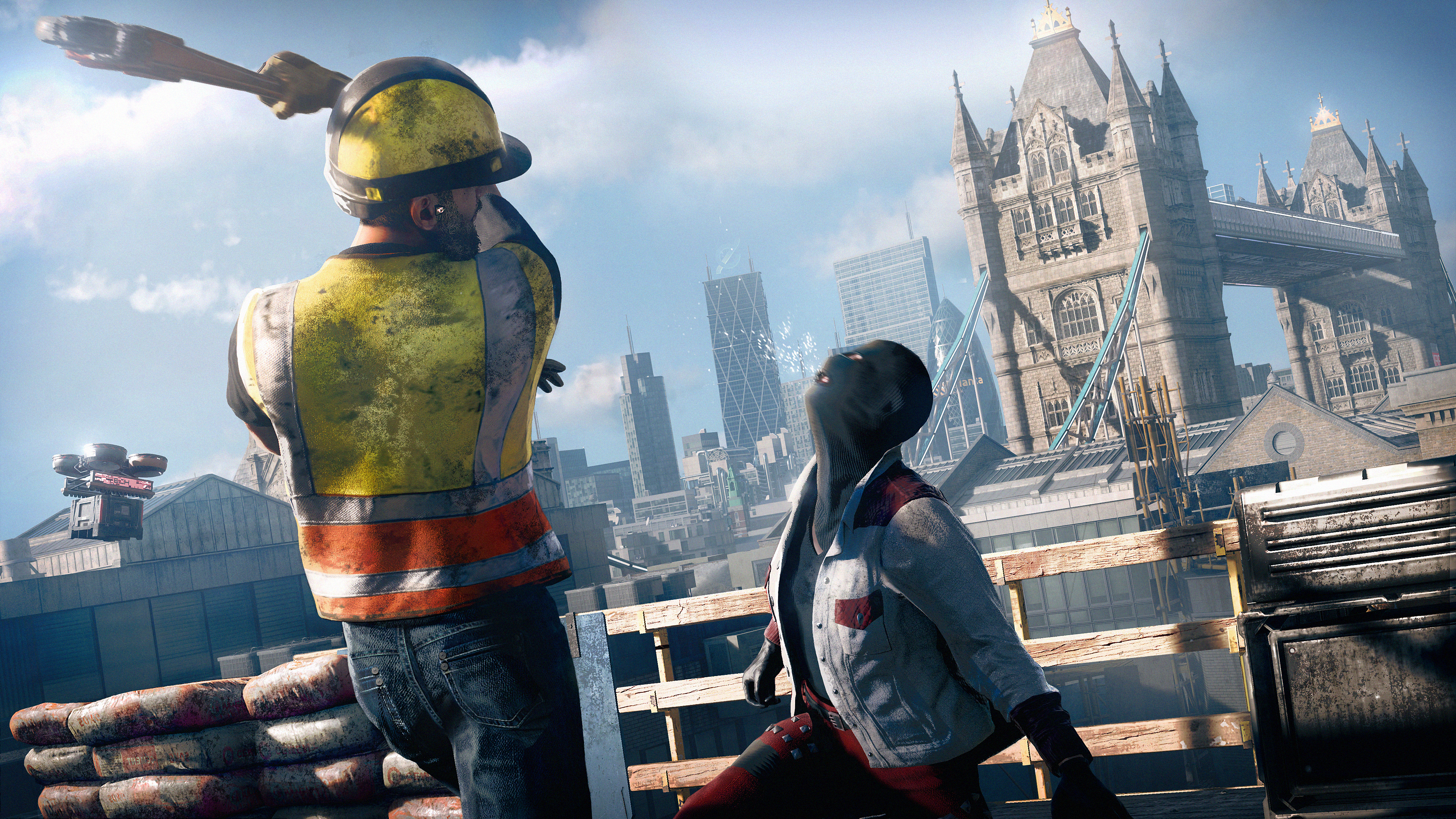 “Nothing a shag and a pint won’t sort out,” Barbara says, attempting to perk up our spy over comms as she licks her wounds. Then I hack the door again, this time as Barbara - a self-confessed football hooligan - and I sneak up behind a man before headbutting him in the back. “Fackin ‘ave it.”

Watch Dogs Legion throws aside the hero stories of the previous games and replaces them with something fit for our times: a movement. This one change seeps into everything, creating something more freeform, more unpredictable - an endless anecdote generator.

In previous Watch Dogs games, that anecdote of mine would have been about me dying and loading a checkpoint with no consequence. Legion intends to make even failure interesting, which is something game director Clint Hocking also explored in Far Cry 2. Yes, it’s still an open world game where you jump between security cameras and remote-control drones, but the option to recruit and play as almost anyone in the city makes it feel unlike anything I’ve ever played. 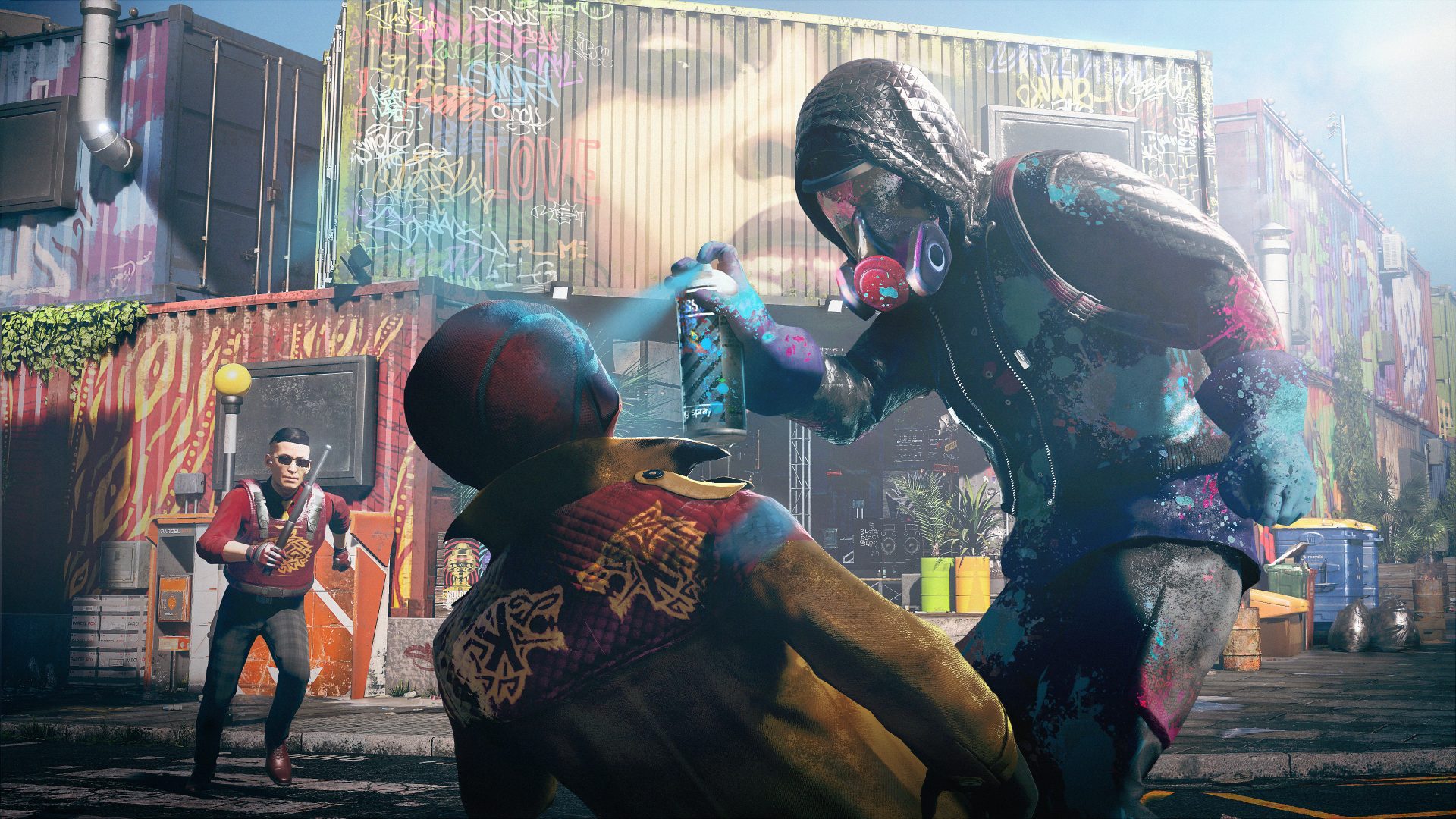 Dystopian London (otherwise known as normal London lol) is filled with people living their lives. Each NPC in the game has their own schedule, which you can see by holding L1 and hacking their phone. Goddamn Google Maps, how do you know when I eat? How do you know! It makes you feel voyeuristic, and it makes the act of simply walking around and observing people enjoyable.

DedSec’s hideout is squirrelled away under a Cockney boozer near Big Ben. The first thing I do when I get inside is scan the patrons. One is playing darts until 3pm. Another is chatting to his cousin. The bartender is waiting to finish work.

Then there’s their traits. That geezer has flatulence - not great for stealth missions. Another is a shopaholic who might be wearing different clothes every time you switch to them. A construction worker having a cheeky break can sneak up scaffolding without anyone batting an eye. Then there’s a boxer in the corner, who takes less damage from melee strikes because of his gumshield, but on the downside he’s famous, so people recognise him. 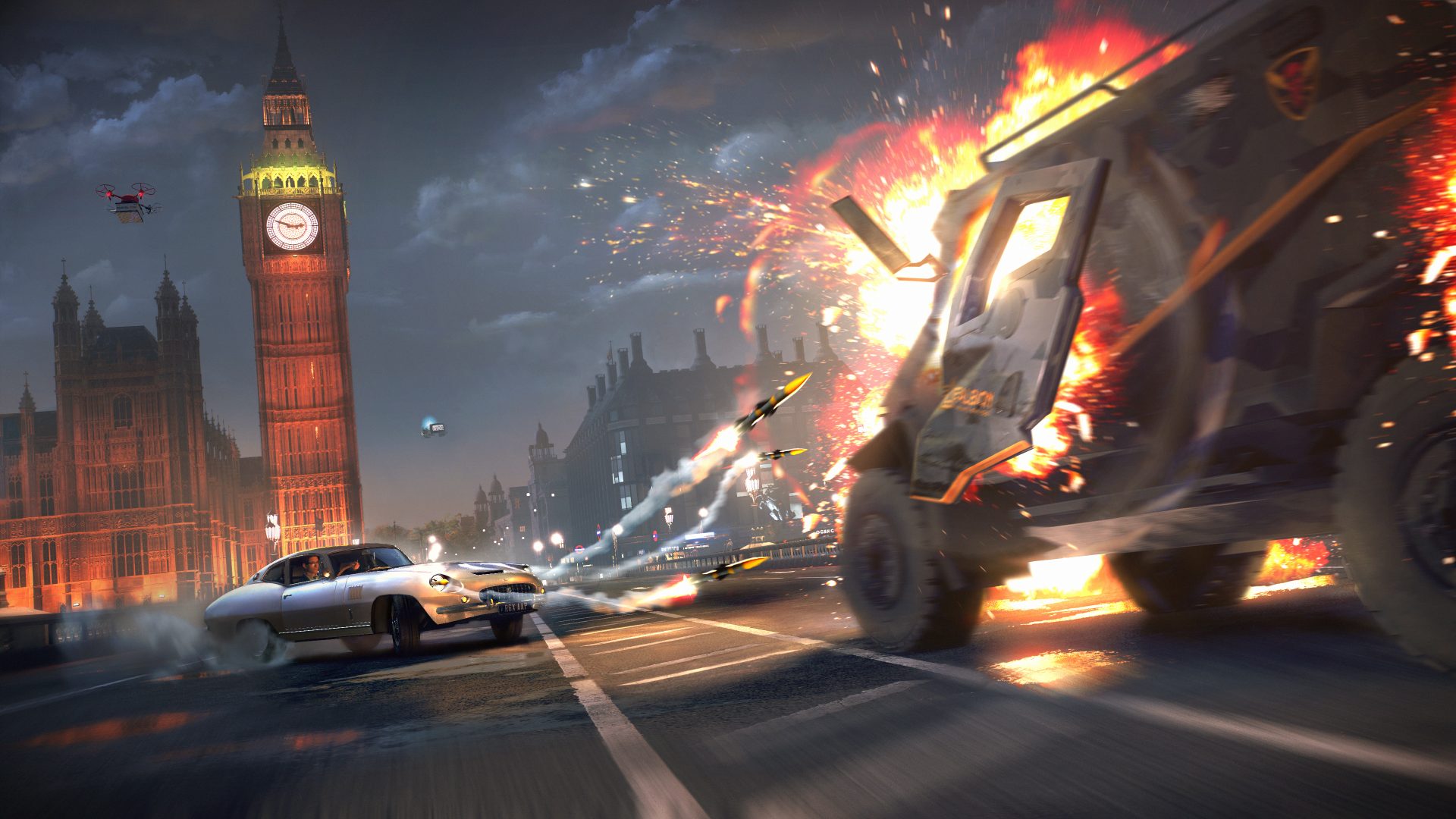 Outside, I crash into someone’s car. When they get out, I scan them and my phone tells me they are heading to mourn a loved one. Wandering the streets nearby, I scan another random NPC and it turns out he is the husband of one of my other DedSec operatives. The world feels alive in a way that’s unique to this game.

Now there are obviously limits here. You will see some people with the same traits as someone else, and there are clearly some archetypes. But from my three hours playing, I couldn’t get enough of just people watching, and I’m already mulling over what kind of team I’d like to create when it releases. Sure, I’ll have a barrister so my operatives have a shorter prison time. Might be a good idea to recruit a cop, too, even if it makes me feel dirty. Maybe I’ll get someone else who can boost my business so I have more currency. Oh shit, I definitely need a Barbara.

When not scanning NPCs I was marvelling at Ubisoft’s recreation of London. It’s not to scale, but Watch Dogs Legion perfectly captures England’s capital - not just the landmarks, but the streets, the people, the sounds. It’s close to the level Rockstar got with its facsimile of Los Angeles in GTA 5 - a parody of London as seen from developers on the outside. 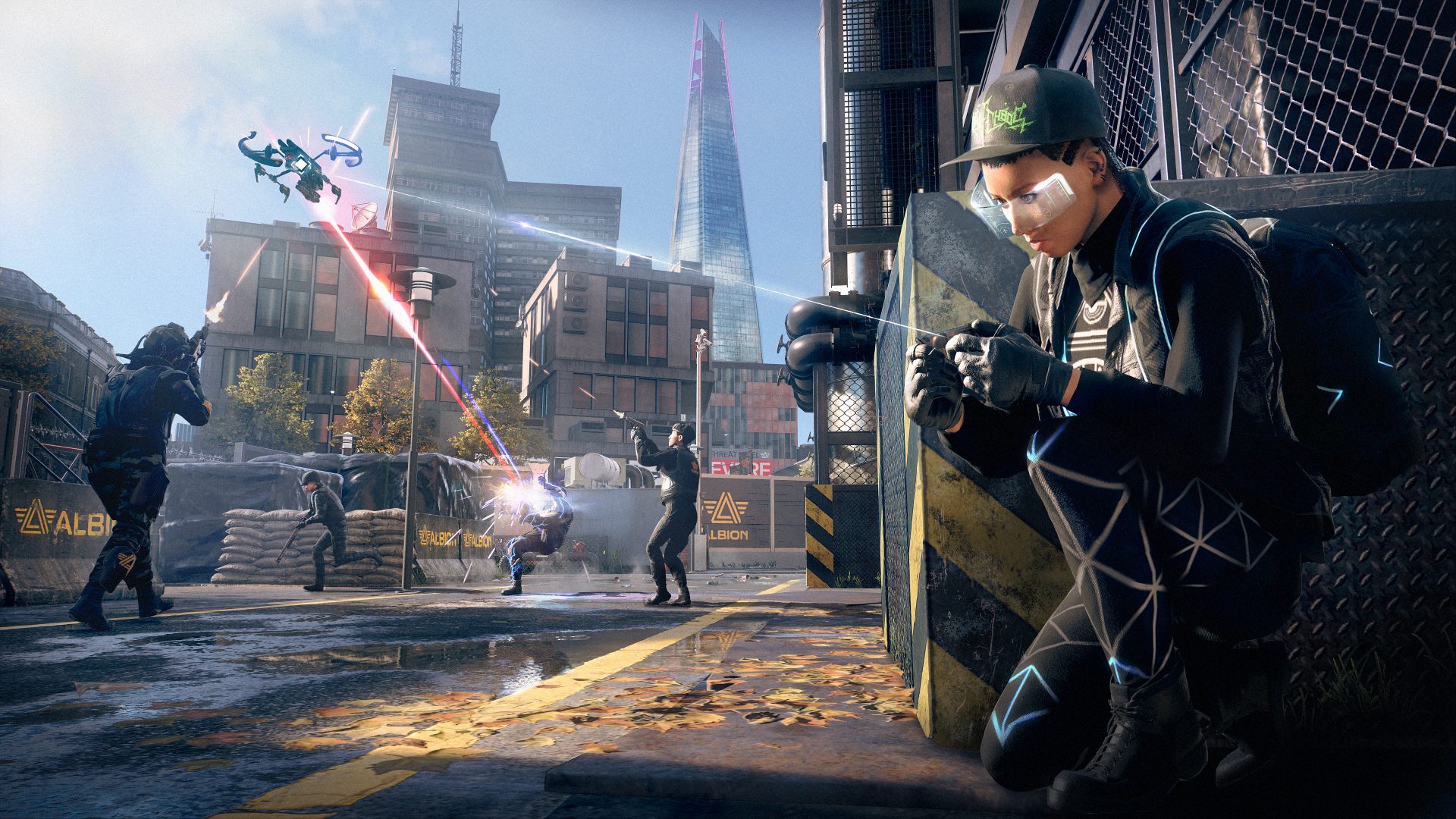 It’s a representation of London where you can pass a souvenir stall selling Union Jack T-shirts while a stereo blasts out It’s Coming Home. Where a passerby will shout, “You look like you kick puppies for a living, you raging, absolute prick of a person,” unprompted. Where there’s masked protestors holding up signs that read: “Private Military Cunts.” Where everyone uses the word “twat”.

You can even see it in Albion (that private military firm policing our capital with capital punishment); Albion being an alternative name for Great Britain that literally means “the island”. That tiny island with its jingoistic national pride, stubbornness, and its love for the taste of boot. A collection of nations with the same spirit as your short mate who goes out on a Saturday, drinks too many Stellas and thinks he can take on the massive bouncer. You know, that mate. 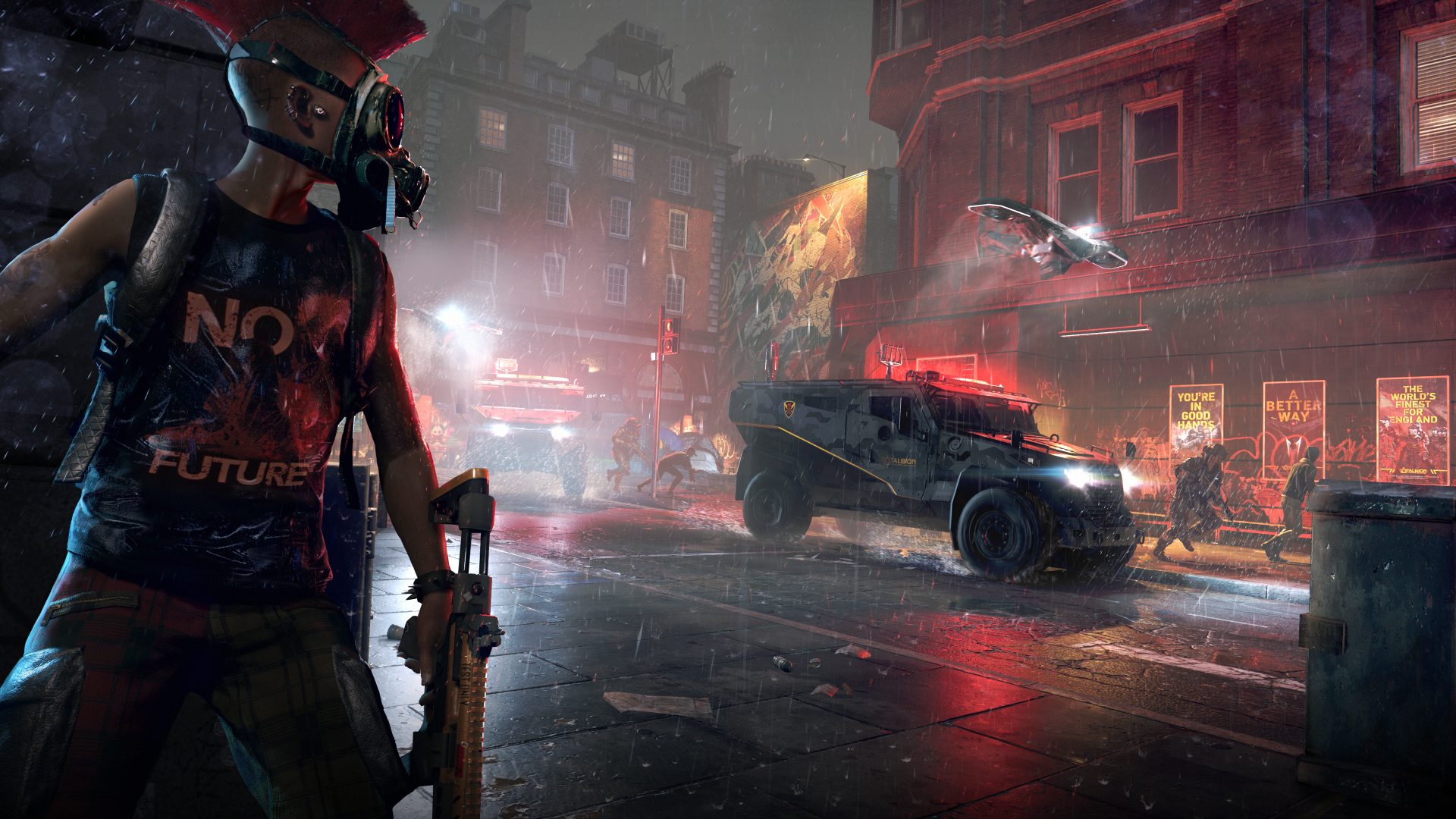 On the news, reporters talk about how well the economy is doing as people die in the streets. Crime levels are down, so what are a few extra bodies? Oh, and watch out for fake news. Those riots that I mentioned earlier don’t exist, by the way - the news man said so. Playing it, I could barely believe this is a game created by Ubisoft - the publisher notorious for remaining "apolitical". It certainly isn’t shying away from holding up a mirror to our own fractured reality: the never-ending shit sandwich that is 2020.

If laughter really is the best medicine, Watch Dogs Legion might be just the ticket for when we actually do crash out of the EU and can’t get an appointment with a real doctor. It offers some catharsis by giving us agency in a world where everyone can come together, to fight for our freedoms, no matter your background or odorous bodily functions. I can’t wait to don a pig mask and bring The Man down as the real world burns around me when Watch Dogs Legion releases.

The Gold Edition of Watch Dogs Legion is up for pre-order on the US Amazon store and includes The Golden King pack, the Season Pass and more. It's also available on PS4 and Xbox One in the UK too, where Amazon has an exclusive edition.