Worn out your launch PS4? Grab the new PS4 Slim in a range of new bundles. 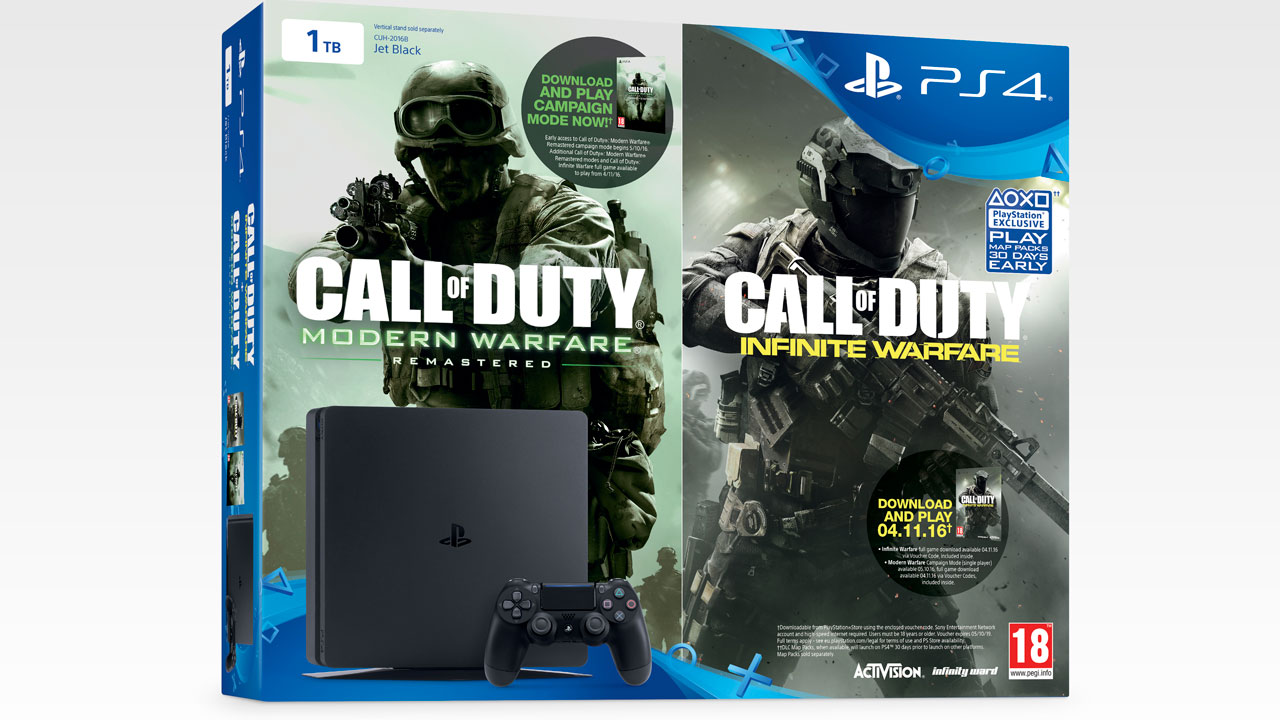 Although the PS4 Pro is a tempting proposition those of us sans 4K displays plus budget constraints are eyeing off the new PS4 Slim, which is rolling out to replace the original launch model.

Whether you're only now considering joining the PlayStation Nation or need a second unit for some reason, Sony has a range of new bundles for your consideration over the next few months.

A PS4 Slim with controller and all the usual accessories will go for $300 / CAD$380. You'd be silly to buy a standard package when the same price applies to two bundles launching September 15: one with Uncharted 4: A Thief's End, and a limited time Canada exclusive one with NHL 17.

Europeans have different options, and as usual price and availability will vary by country, so check with local retailers.

The Call of Duty: Infinite Warfare bundle is a bit more exciting than the usual free game offer - it in multiple flavours with some pretty exciting bonuses:

Meanwhile, the Watch Dogs 2 bundle launches November 15. It comes with a 1TB PS4 Slim, Watch Dogs and Watch Dogs 2, both on disc.