Wasteland 3 finally has a release date set for next spring.

inXile Entertainment revealed today at X019 that Wasteland 3 will be releasing on May 19.

Studio boss Brian Fargo took to the stage at the event to reveal the date and introduce the new trailer.

Alongside the news and trailer, pre-order bonus items were also revealed. Those who drop the cash early will receive the following at launch: Ranger General Hat and Glasses, Polished Ranger Badge, and Snow Camo Weapons - shown in the image below.

The game will be released on Xbox One, Xbox Game Pass (at launch), PlayStation 4, PC, Mac, and Linux. 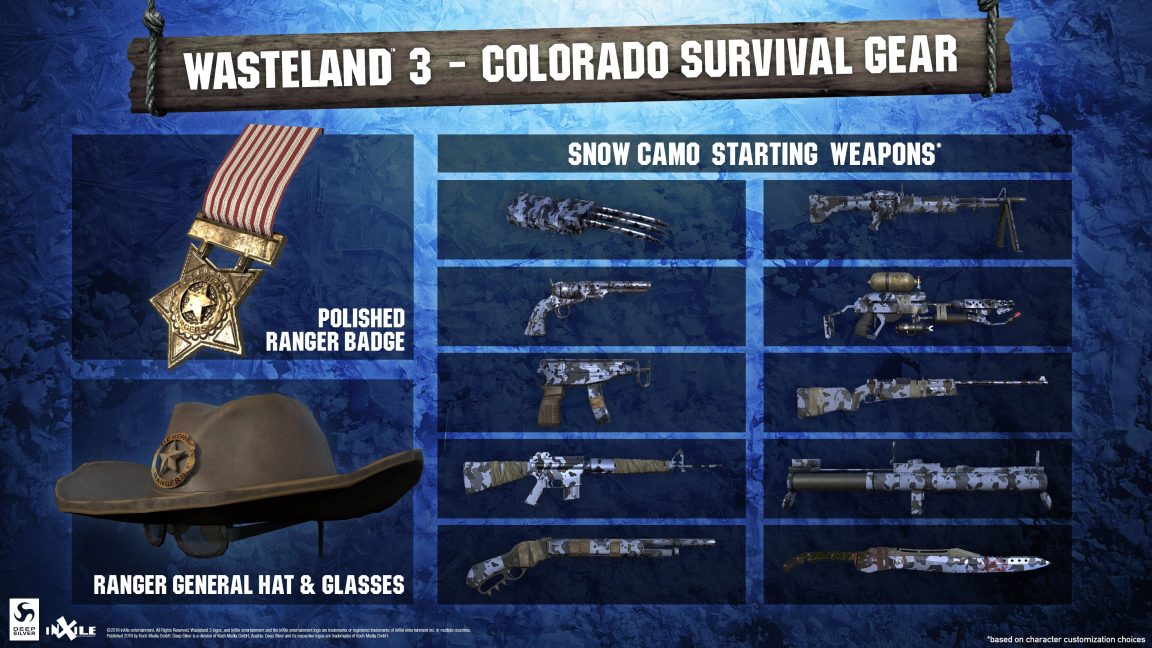