Virtua Fighter 2, Guardians of Middle Earth, GTA 4 Deals of the Week and more are on the schedule for XBL Marketplace from now until December 10.

A LEGO Lord of the Rings demo is out along with the Mass Effect 3: Omega DLC today.

Skyrim: Dragonborn is out December 4, and from now until December 3, there's a sale on The Lost and Damned and Ballad of Gay Tony DLC for GTA 4.

A Ubisoft publisher sale also starts on December 4, and we'll update you on the listings when we have more information. 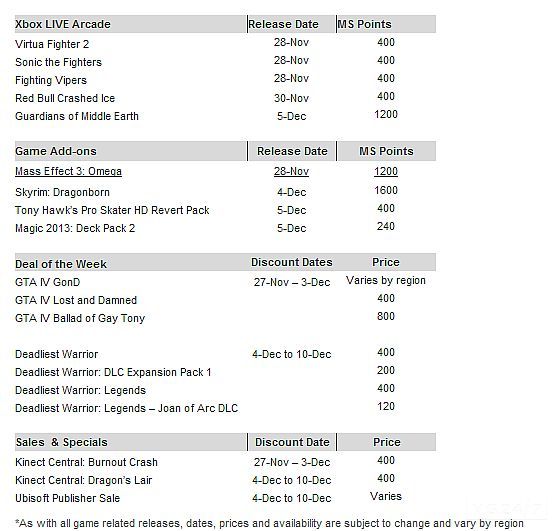