You may think that headline is a tad raucous, but it's the unfortunate truth recently discovered by an Aussie game dev.

The news comes from the folks over at RPS, where this curious phenomenon was linked back to indie dev Jacob Janerka's Twitter page. He wasn't talking about video game nipples originally, but was instead recounting the time a postman saw his real-life ones.

So I've been jogging lately and have had painful nip chafe, for relief I cut an old shirt to wear at home. I forgot I was wearing it when I had a package delivered to my door. pic.twitter.com/IZWx3Mot8G

The postman in question obviously got a lot more than he bargained for. Exposed nipples are one thing, but t shirts specifically designed for the sole purpose of highlighting your nipples and only your nipples are another thing entirely. Janerka's lovely art piece exploded on Twitter.

Naturally, he did what anyone aware of opportunity would do: he used the viral tweet as an anchor for another tweet, except this one was to promote his upcoming game. It didn't go quite as viral.

It could be that people only like nipple jokes in drawings and not in video games. Either way, Janerka conducted a very scientific and official experiment using a sample size of exactly one person and exactly one viral tweet. Here's what he found.

It had 94 retweets and 844 likes. 79k people saw my nips vs wishlists case study.

"Did a tweet about the viral tweet of my nipples converting to Steam wishlists, convert to more Steam wishlists?" Janerka pondered. "It had 94 retweets and 844 likes. 79k people saw my nips vs wishlists case study. 17k people engaged with the nip case study. 48 people wish listed Dungeon Experience." I'm no mathematician, but 48 people out of 79,000 equates to quite a small percentage of people (specifically, 0.060759493 percent, I checked on a calculator).

If you disagree with this concrete evidence and think nipples can indeed sell video games, you can wishlist Janerka's game, The Dungeon Experience, over on Steam. Its planned release date is currently "MmmmMMMMM." 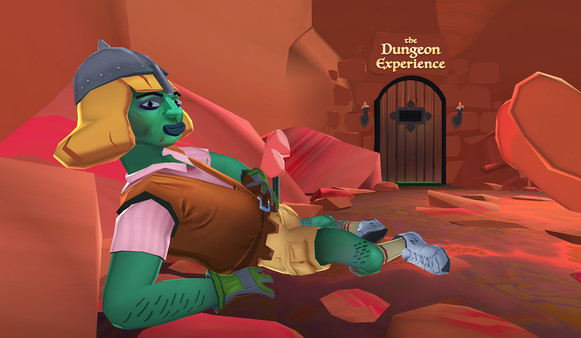 "Adventure awaits, for anyone and everyone," the Steam description reads. "Except Greg!"

"If you’ve already visited, please come back," it continues. "We fixed that smell."

If you want to read more about this sort of thing, we published a Witcher article not so long ago that pondered a "techwanker sucking soylent off the nipples of his Elon Musk body pillow to cheekily dismantle the economy in the name of productivity." Read it.