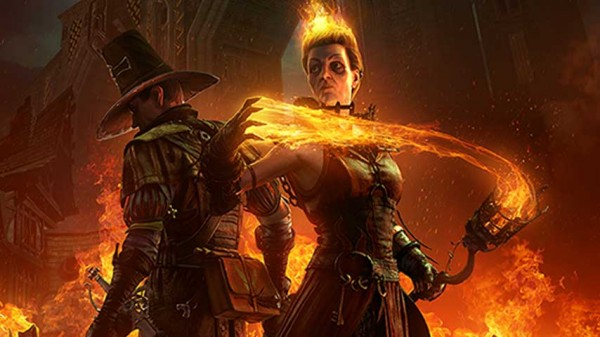 Sure, it's still November, but there are some great titles in December's Xbox Games With Gold service we can look forward to together. So while November's games are still available, if you log in December you can pick up a copy of Warhammer: The End Times - Vermintide absolutely free.

Vermintide is a fantastic game from Fatshark which takes Left 4 Dead's co-op gameplay and reimagines it in Warhammer Fantasy's End Time setting. Instead of zombies, players must fight off the rat-like Skaven who have infested Ubersreik as part of an overarching plan to kick off the apocalypse. Along with L4D-styled combat, players can upgrade their characters and equipment between matches - which will be needed, because even Normal difficulty is a pain to overcome at times.

Of course, there are non-Vermintide gaming options to choose from. Starting on December 16th, Xbox One players can download Telltale's Back to the Future series, which acts as a sequel to the classic movie trilogy.

On the Xbox 360, you'll be able to get rhythm-action game Child of Eden and the pulp-inspired hack-and-slash Marlow Briggs and the Mask of Death.

In other words, whether you pick up any Black Friday deals or not, December has some solid gaming options worth looking forward to!