Warhammer: Vermintide 2 might be all about the end of days, but launch is only the beginning for this co-op action game. Developer Fatshark has revealed the game’s post-release development roadmap - the future looks exciting and, well, full of rats.

Vermintide 2 is already off to a flying start, selling half a million copies in a week. Fatshark clearly wants those players to know they made the right investment by buying the game.

The development roadmap walks us through the next three months, during which there will be dedicated servers, mod support, and DLC added to the game.

“While our primary focus for the months to come will be to listen to the community and ensure the best possible experience of Vermintide 2, we also have a general plan set up for the post-release period,” Fatshark said. “We are proud to share our plan for the next three months. It details the rollout of new updates and content from the release until the end of May.” 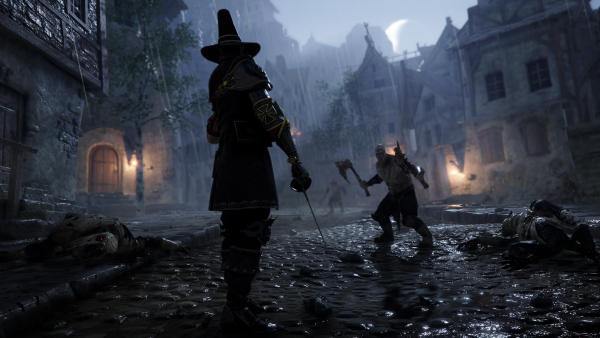 The remainder of March is dedicated to balance tweaks and technical improvements. Then, in April, Fatshark will release the first DLC pack, introducing two brand new levels.

Mod support and dedicated servers should arrive by the end of May, all going well. Fatshark is already working with modders to make sure any projects they are planning will be possible with the tools provided.

For now, why not read our in-depth primer on Vermintide 2’s loot system.

We also have a beefy Vermintide 2 class guide to get stuck into when you’re done with that.

Now get out there and do some stabbing. Those rats and chaos warriors aren’t going to murder themselves.

Update: A previous version of the article stated that the new maps would be free. This was incorrect.