Paradox Interactive has revealed a new faction of Vampire: The Masquerade - Bloodlines 2: the Baron.

The Baron faction in Vampire: The Masquerade - Bloodlines 2 are the crime bosses of Seattle.

The faction's Lieutenants employ humans, ghouls, and younger vampires to do their dirty work. They also make use of the more "assertive" vampire, and they are all manner of vagrants, dealers, hitmen, gang members, and those that are just a plain old ne'er-do-well.

In reality, the faction is made up of orphaned vampires without a faction who decided to join up and form their own.

There are five factions in the game contending for control over Seattle. Each group has its own characteristics, history, and motivations. 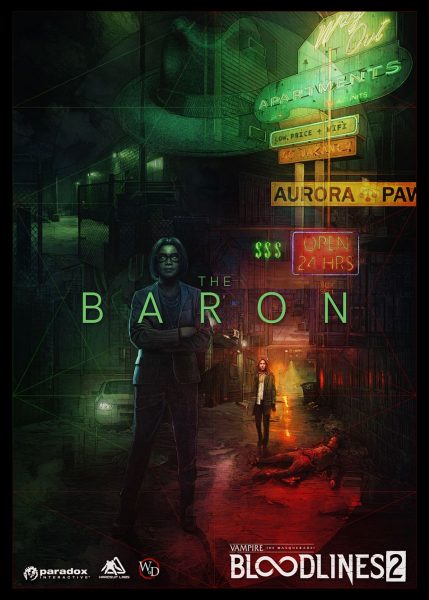 During the campaign, you will learn more about the various factions and choose one to join. We previously learned about the Pioneers, and the Camarilla. Two additional factions will be revealed in due course.

If you plan on attending PDXCON 2019 next month, you will receive a free Steam key for the game.