Fifteen years later, the vampires are still at each other's throats.

Vampire: The Masquerade - Bloodlines 2 begins as the previous game did way back in 2004. You're a newborn vampire, confused, taunted and about to be executed. You stand in a kangaroo court, with various bickering vampire clans prodding you for information that you just don't know or understand.

And then it's a flashback to when you were human and the night of your turning, as a swarm of vampires descend on humans in a chaotic slaughter for food. You wake later, with new talents and vague objectives. Stay alive, creep through the shadows, use your newfound abilities. This is an action RPG, but it also feels like an immersive sim in the vein of Dishonored.

"You could call it retroactive borrowing, " says Martin Ka'ai Cluney, creative director developer Hardsuit Labs. "A lot of those immersive sims took a lot of their ideas and systems from games like Bloodlines. You play it now and it doesn't really play as an immersive sim but there were a lot of those concepts that informed them.

"Bloodlines at the time was very much an RPG. It's influence on immersive sims was important but it didn't change the fact that at its core it was an action RPG. We loaned it out for a bit now we're stealing it back."

To further bring it up to date, it's been a conscious decision by Hardsuit Labs for Bloodlines 2 to reflect fifteen years of change in the game and real world, and its setting of Seattle. The developer is taking a refreshing approach of weaving politics into the game, both in terms of narrative and gameplay.

"The world is a very different place," says Cluney. "One of the reasons we went to Seattle for Bloodlines 2 is there's a lot of conflict in Seattle that is a microcosm of a lot of conflict that's going on all over the place. It just felt like a good place to start to ground it; the conflict between tradition and progress, conflict between money and artistic endeavours. A lot of those conflicts are happening right now and they're very real. It seems like the perfect place to dig into something that feels very modern in terms of the conflict and also very timeless; grounding it in 2020 but also very much a descendent of what the original game was." 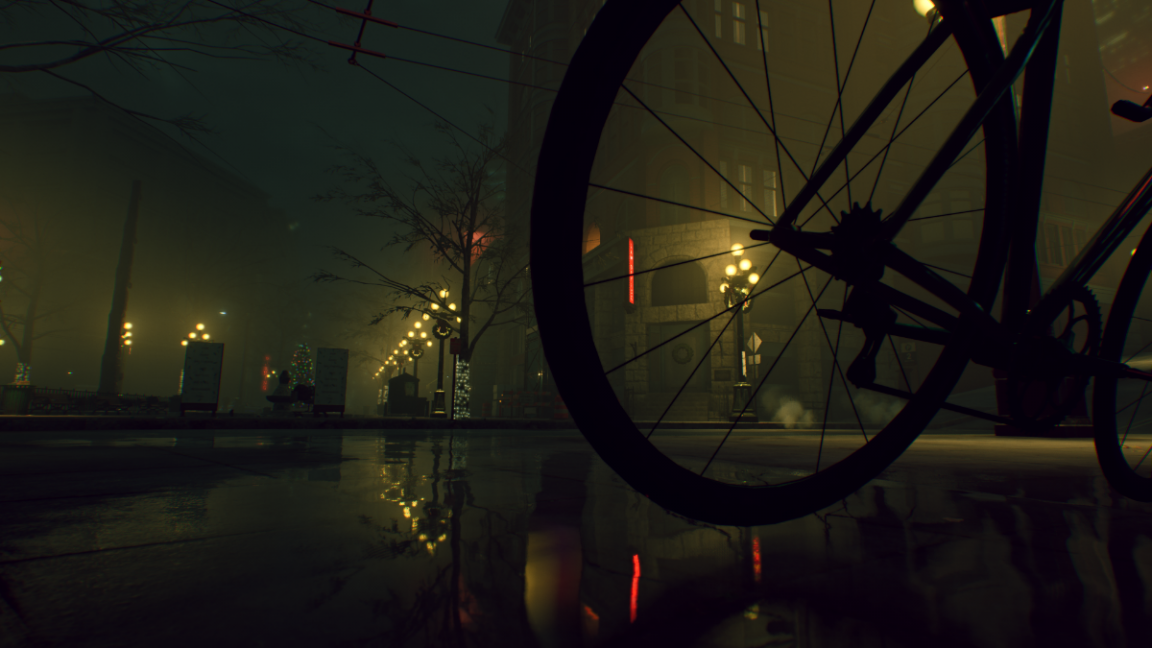 While the demo of the early stages of the game I saw hinted at conflict and the politics of warring clans, Cluney says it's central to Bloodlines 2 that the writers (who include Brian Mitsoda, narrative designer on the original game) are actively taking a political stance in this sequel, with its themes of art versus commerce and technological advances versus tradition.

"One of the reasons why that particular conflict attracted us so much was because it's an inherently political conversation but it's one of the few ones where it's hard to… there are valid approaches. The world has to move forward, right?" says Cluney.

"Technological progress is a big deal and people are going to make money doing it. But what's the cost? One of the things we really wanted to do was narrow in on a major conflict that can truly, reasonably be seen from both sides. As much as I loved being in Seattle in the 90s, and I've lived most of my life in Seattle, but at the same time I make video games for a living. I am not innocent of the tech boom.

"It is a political game but I think it's one of those few opportunities that gives us the chance to let people make their own political statement in a way that's not cheap. I don't believe you can look at both sides of a political argument without understanding both sides. It's easy to say this is good and this is bad. But it's definitely taking some political stances on what we think are right and wrong. In terms of the main conflict what is interesting is it's one of those truly balanced issues." 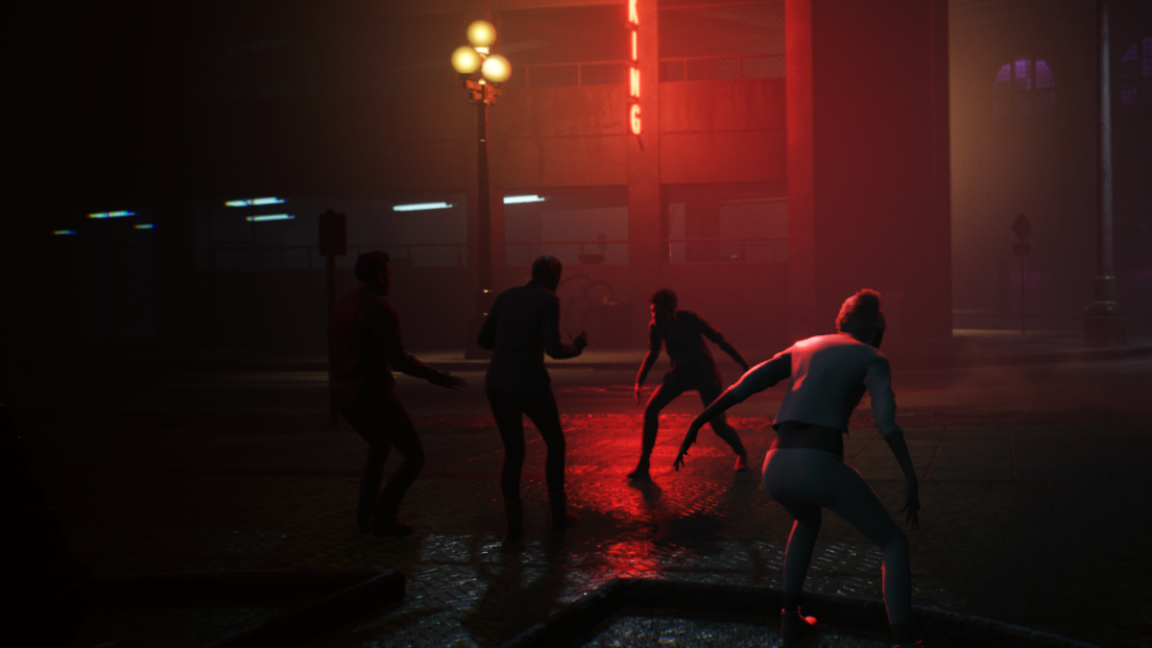 It's not just politics where Vampire: The Masquerade - Bloodlines 2 takes a progressive approach. The character creator, which players get to use twice - once at the start to define your human aspects and then a second time later in the game to flesh out your vampire - goes way beyond basic male and female models. Body type, gender pronouns, employment history and fashion can all be toyed with for a very modular build.

"We're interested in providing a very robust roleplaying experience for the player with something were they can really identify with their character by fine tuning and providing lots of options for them to do that," says Rachel Leiker, UX/UI designer at Hardsuit Labs.

"In the first game you start out by picking the clan. With Bloodlines 2 because you're starting as a 'thin blood' we give you some backgrounds to what your human self was before being embraced. They don't so much have a direct influence on gameplay, there are a few minor influences like dialogue options, but we were really interested in following the progression and having the roleplay experience for the player to get a handle on that side of the game before they get a handle on the political clan-oriented side of it. The gamplay becomes very different later in the game [because you've chosen a clan]. You grow into it and consciously choose your clan after you've explored them. So it's an informed decision." 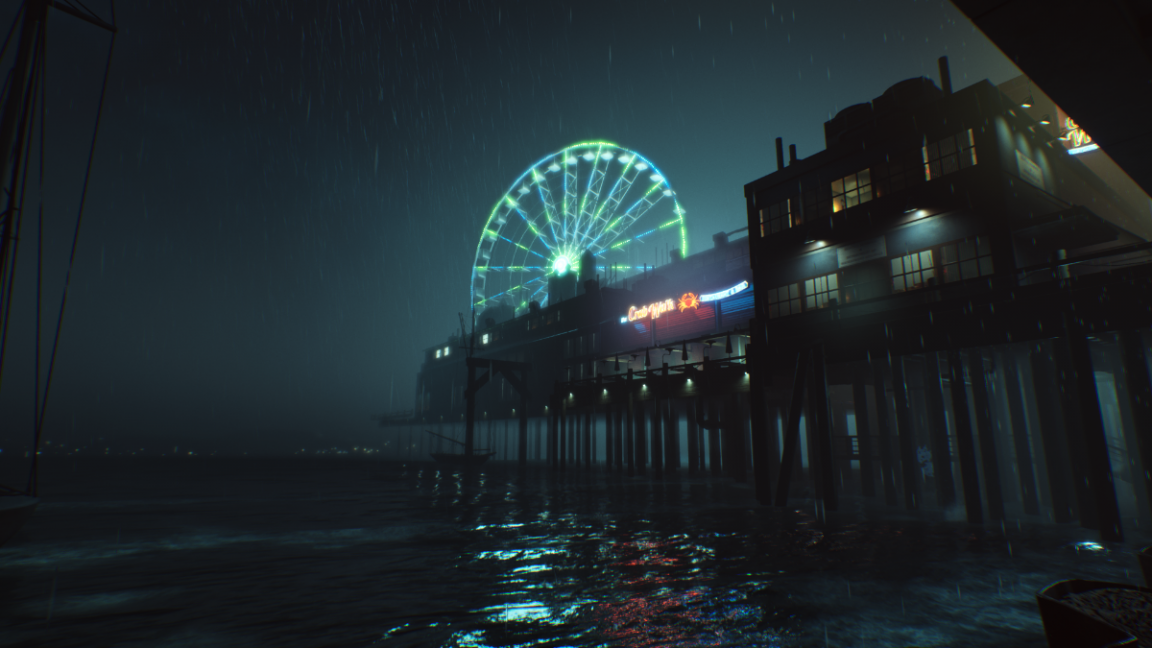 It's roughly the first third of the game that can be described as the character creator. Our demo didn't get that far ahead, but there were early glimpses of decision making that I'm told will form paths throughout the game, informing your abilities (as well as story) until the very endgame. Who or what to feast on, and how openly, will set your character up morally and physically.

"It's something that we made a big effort to carry from top to bottom," continues Cluney. "Not just player choice but player agency. Brian makes this fully realised person and then you get to influence how they proceed. That was something we wanted to keep from a narrative standpoint. You're not just affecting a character, you're affecting the world. But it's a very personal affect and a lot of that is based on choices you make directly. 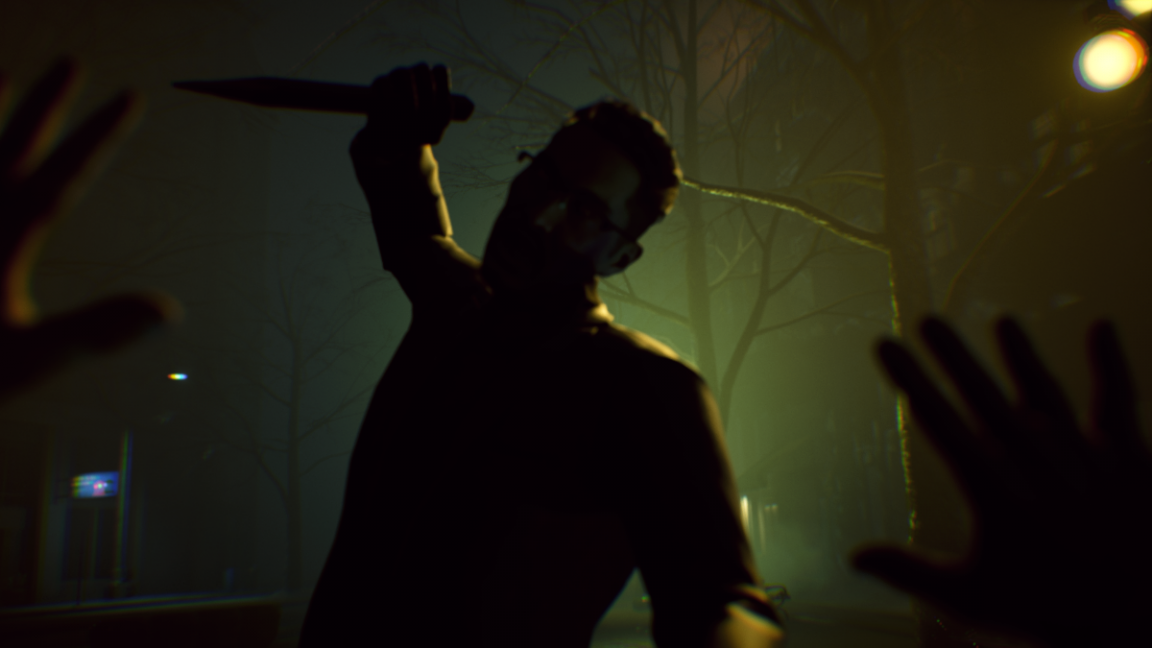 "This is a grown up, sophisticated game. Yes you have an impact and you have power if you want to use it, but you don't flip a switch and everything changes. It's just not that kind of game," he says.

"One of the things we wanted from the beginning was that choice is represented temporally throughout the game," adds Cluney. "You have choices that you make in the beginning that are going to affect the end. You don't just play the game, pick a door and then go back to the last save and pick a different door. Those choices are inextricable over the course of the game. If you want everything to change you have to go back to the first 15 minutes. You can see that the thing you did back there affects where you're at and what you're doing." 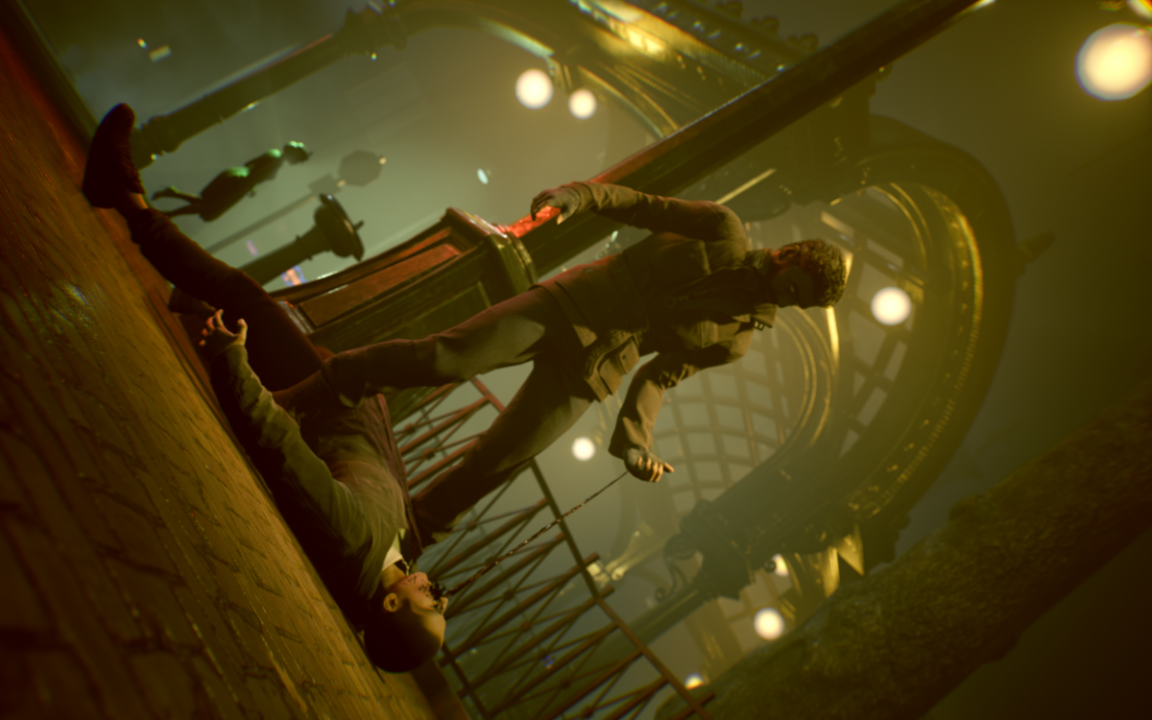 In my demo the main character was very much trying to survive in a world of more experienced vampires. You may play a reluctant vampire but you still need to stay alive. And that requires feeding. But whether that's off criminals or more innocent humans, its up to you. Although you might not always have the luxury of choice.

"In Vampire the Masquerade you definitely play a monster, the big question is are you beyond redemption?" says Schwarzer. "There is combat in the game, you won't not hurt somebody. That's not what the world allows you to do. There are lots of quests that are very dependent on dialogue choices, sure.

"But there is always the question in every single occasion where you look for blood and what do you do with these people to be able to not have to kill someone significant if you don't want to. It is a matter of you're in our world but what can you do to keep yourself humane?"