Supermassive Games is ready to scare the pants off of you with Until Dawn: Rush of Blood, more than once. 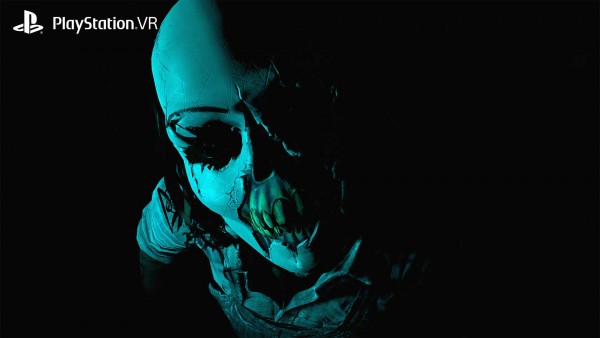 According to a post on the PS Blog from executive producer Simon Harris, one of the "key considerations" when designing the game was replayability. The team wanted to create the initial experience and then provide rewards to entice players to play the game more than once.

This was accomplished by adding "scoring, secrets, routes and skill levels."

There are four skill levels in the game. The first three pose an "increasingly difficult challenge," and the final mode - Psychotic mode - will be the most difficult of all. It only allows the player a single life with no restarting. Completing the challenge will unlock the "true ending" of the story.

Every time a player finishes the game or a level, scores will be awarded for shooting targets and enemies. When the player reaches the end of a level they are given a rating plus a score breakdown. The points are awarded for accuracy and when more than one enemy is killed with a single shot.

Hitting valid targets during a level will add to the multiplier shown at the center of the cart. When enough targets are hit, it will rise to a maximum of 8x. It will drop when nothing is being shot, and if the player takes damage, it will deplete.

Scores are stored through online world leaderboards, allowing the player to see where they rank.

Each level also contains a number of hidden, secret clown collectibles. When one is found, points are awarded. A single mystery item is also located on each level. When the player focuses on it, a short story sequence will load and the player will be awarded points at the end of the level.

There will be multiple branching routes in the game as well, some of which are hidden. Each will present the player with more scoring objects, hidden secrets, or more information on the game world.

We expect to hear more about it today during the Sony Meeting in NYC later this afternoon.

Until Dawn: Rush of Blood is a standalone game for PlayStation VR, set in the world of Until Dawn.

The game stars one of the characters from the Until Dawn universe which is descending into madness. The game contains familiar locations from the original game and other similar aspects.

It's expected to launch aside PlayStation VR on October 13.