Horizon Zero Dawn gives you plenty of options, and most of us take the soft one. 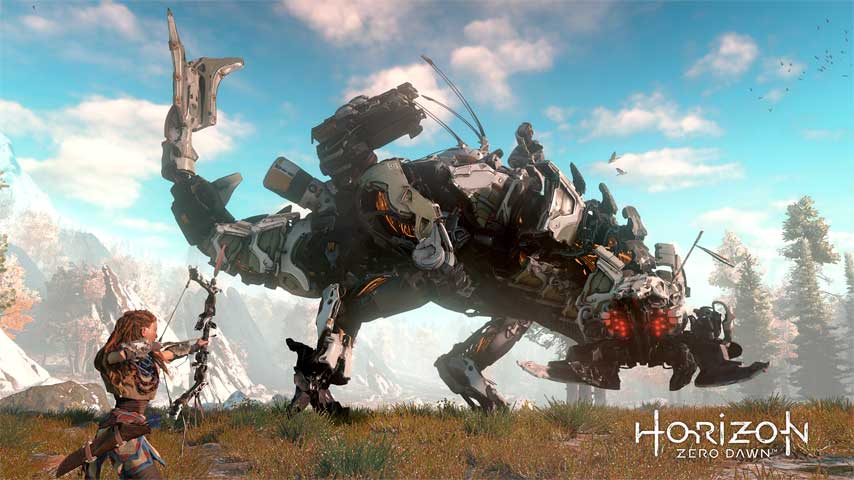 Horizon Zero Dawn is full of fierce beasts intent on stomping Aloy into a fine paste. Taking down some of the tougher enemies involves planning, quick wits and a bristling arsenal of tools.

Struggling to put down Thunderjaws? Maybe our Horizon Zero Dawn guide and walkthrough will help.

However, there's something else Horizon Zero Dawn is full of: turkeys. Turkeys are one of a number of wildlife species gadding about Guerrilla's magnificent landscapes, along with foxes, raccoons, fish and boar. Of all the animals, they're the easiest to murder. They often pop up right under your feet, they don't flee as rapidly and cleverly as foxes, and they die in a single hit, unlike the boar.

So this update on Horizon Zero Dawn telemetry from Guerrilla Games should hold no surprises for you: Horizon Zero dawn players have killed over 14 turkeys for every Thunderjaw they've offed.

That's Horizon Zero Dawn game director Mathijs de Jonge there, revealing how often we bash away at innocent turkeys. 20 million turkeys! They're not even used for that many ammo pouches. How many health potions do you need? Gosh.

Without spoiling anything, Thunderjaws aren't the toughest thing you'll face in Horizon Zero Dawn, but still: would you rather fight a turkey (small, weak, can't fight back) or a Thunderjaw (enormous, hardy, armed with half a dozen nasty weapons)?

In real life, I'd take the turkey any time. Armed with Aloy's amazing weapons in Horizon Zero Dawn though? Hunting Thunderjaws is fun, cats.