PlayStation Norway's Facebook account has led to a splash page that likely has Uncharted connected to it. 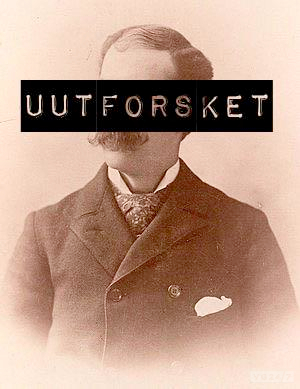 The picture of Nansen that PlayStation
Norway teased on Facebook.

The Facebook page posted a picture of Norwegian explorer Fridtjof Nansen, with the word "uutforsket" across it. In English, it means "unexplored".

Nansen explored Greenland, and also took part in an expedition that took him to the North Pole between 1893 and 1896, according to his Wikipedia page.

Tied to the unexplored tagline is a Sony splash page, uutforsket.no. While this could be anything, it's clearly reminiscent of Uncharted, what with the style of music playing and the map in the background.

We've contacted Sony. As noted in the comments below (thanks, Benjamin), Sony Denmark did something similar before the release of Uncharted 3. Through a social campaign, users could follow the adventures of fiction Danish explorer Wilhelm Von Bernhoff to help find treasures.

The last big Uncharted release was Golden Abyss on PlayStation Vita last month, while the last game in the main series from creators Naughty Dog was Drake's Deception last November.

Naughty Dog has now installed two teams, one of which is working on new IP The Last of Us, headed up by Uncharted 2 vets Neil Druckmann and Bruce Stanley.

Its unknown what project the Uncharted team, including celebrated writer Amy Hennig, is doing post-Uncharted 3. It's set to end its DLC commitment to the game's multiplayer next month.