The UK Gambling Commission has published a statement on whether loot boxes can be classified as gambling. 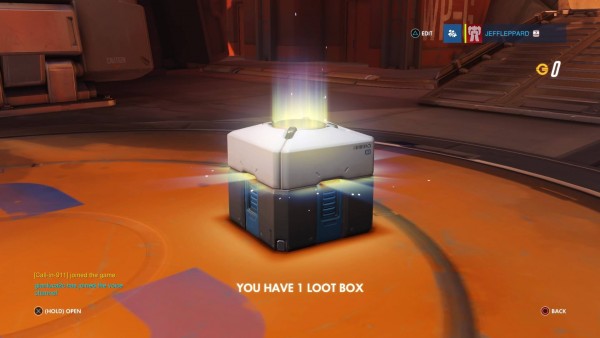 Of all the things predicted about Star Wars Battlefront 2, perhaps the last thing was that it would jump-start a conversation within governments about loot boxes. We've already had statements from Belgium's Gambling Commission, the Australia-based Victorian Commission for Gambling & Liquor, and even the State of Hawaii, each with slightly different takes. Now the UK Gambling Commission itself has stepped with its own take on whether loot boxes can be classified as gambling?

The statement itself was published in full on the Commission website, stating that loot boxes have been reviewed within the organization since about 2006. (Although the timing of the post suggests it may be a response to questions from UK Parliament.) According to the Gambling Commission, loot boxes currently do not meet the classification of gambling as laid out by Parliamentary law because they do not pay out a direct currency.

"A key factor in deciding if that line has been crossed is whether in-game items acquired ‘via a game of chance’ can be considered money or money’s worth," the statement reads. "In practical terms this means that where in-game items obtained via loot boxes are confined for use within the game and cannot be cashed out it is unlikely to be caught as a licensable gambling activity. In those cases our legal powers would not allow us to step in."

It's worth noting there are some exceptions to this - while you can't cash out a loot box, a recent Eurogamer expose noted that third-party sites let you buy and sell loot box rewards using real-world money. Apparently this either isn't a distinction the Commission makes, or it hasn't been made aware of these sites just yet.

That doesn't mean video game publishers should rest within the UK however, as there's enough at stake that could force industry regulation. "Where a product does not meet that test to be classed as gambling but could potentially cause harm to children, parents will undoubtedly expect proper protections to be put in place by those that create, sell and regulate those products," the statement continues. "We have a long track record in keeping children safe and we are keen to share our experiences and expertise with others that have a similar responsibility. Whether gambling or not, we all have a responsibility to keep children and young people safe."

So while loot boxes may not be the UK Gambling Commission's responsibility, laws regarding their use could be arriving soon just the same.