Xbox Live Gold members can give UFC 3 a try this weekend for free on Xbox One. PS4 users can get in on the action too.

The free trial for Xbox Live Gold members and PS4 users takes place during this weekend's UFC 223, which is being held at Barclays Center in Brooklyn, New York.

Players will be able to experience five hours of the full game, and participate in Knockout Mode, UFC Ultimate Team, and Live Events featuring the UFC 223 fight card.

This means you can pit Rose Namajunas against Joanna Jedrzejczyk or Max Holloway against Khabib Nurmagomedov. Both fights are on the UFC 223 card this weekend. Or match up the folks who were cut from UFC 223 thanks to Conor McGregor acting like a complete redneck earlier in the week. 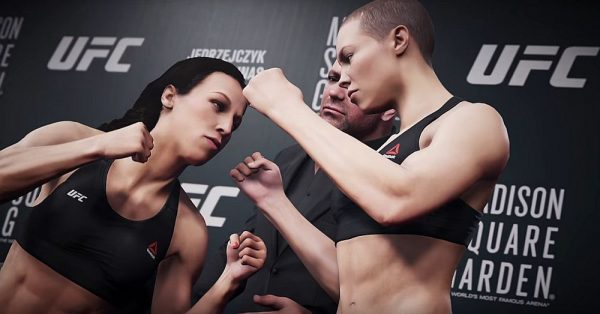 Those who are current EA Access members will be able to play 10 hours of the game, and take 35% off should they decide to buy it on Xbox One.

The EA Sports UFC 3 free trial will be available until Monday, April 9 at 10am PDT, 1pm EDT, 6pm UK.

It's worth noting the demo is not available to those who have completed a previous UFC 3 free trial.

UFC 3 was released in February for PS4 and Xbox One.